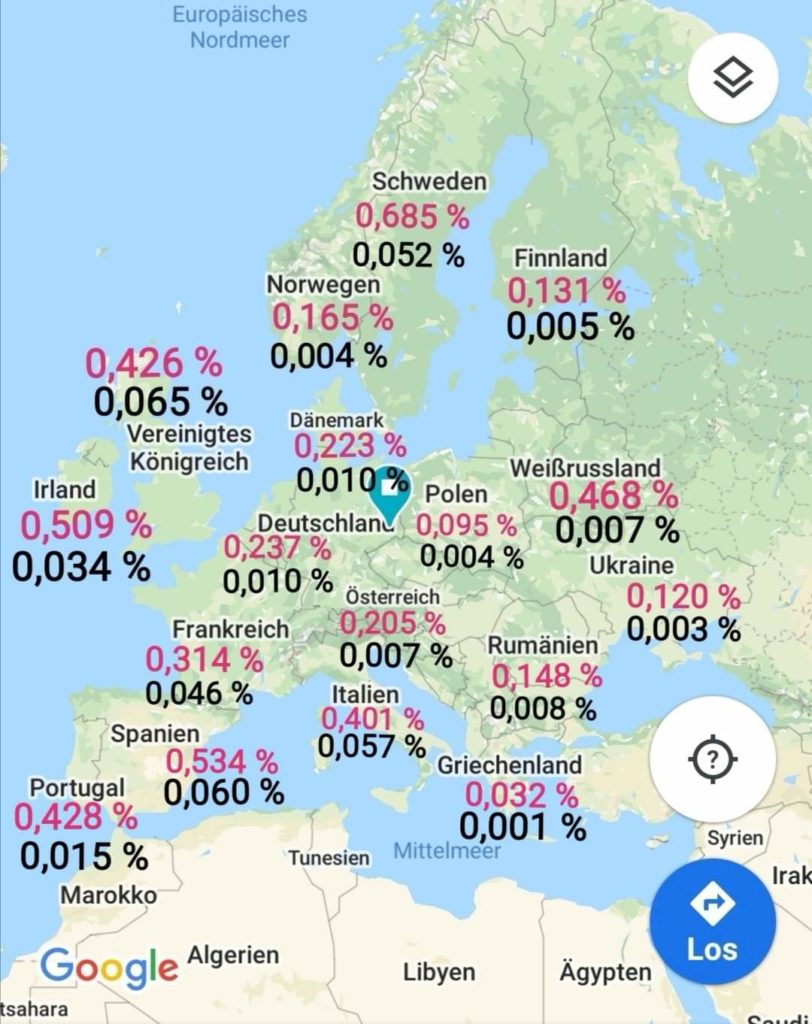 Population from de.statista, the official German office of statistics.

The calculations were of course also based on the numbers from the JHI.
The countries are random, as they were shown by google.

The deaths in% are calculated in relation to the population. Otherwise there is no possible comparison.

The infection numbers are therefore not meaningful because they are incomplete.

The deceased are still significant and verifiable today. That’s why I put them in relation to the population.

Quite banal percentage calculation, without estimation or presumption and regardless of the number of infections.

If you were completely correct, you would have to subtract all those who died, which were incorrectly included in the statistics as corona deaths.

But that is not the point. Even the deaths mentioned do not reflect a “deadly pandemic” and certainly not a “killer virus”.

Meanwhile, it transpired that even hot-spot countries like Brazil this year did not have any deaths from yellow fever.

Like in Germany, where the Covid-19 “pandemic” miraculously has wiped out influenza as no deaths related to grip occured this season.

Other parts of the world: 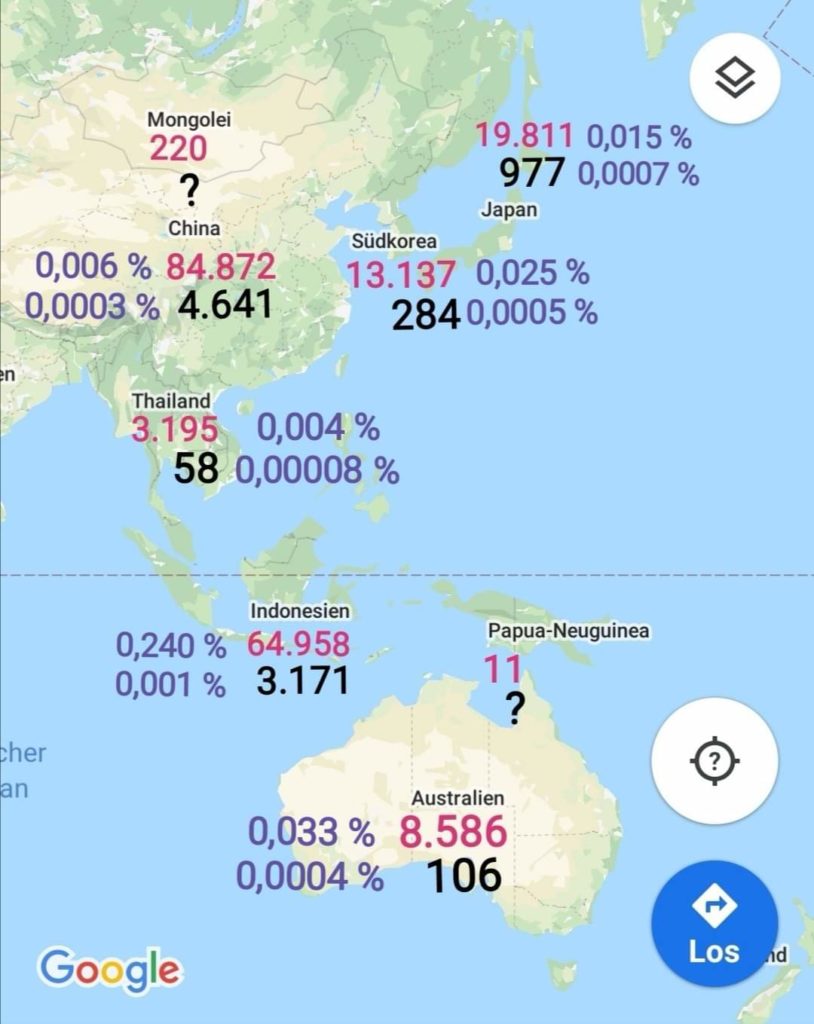 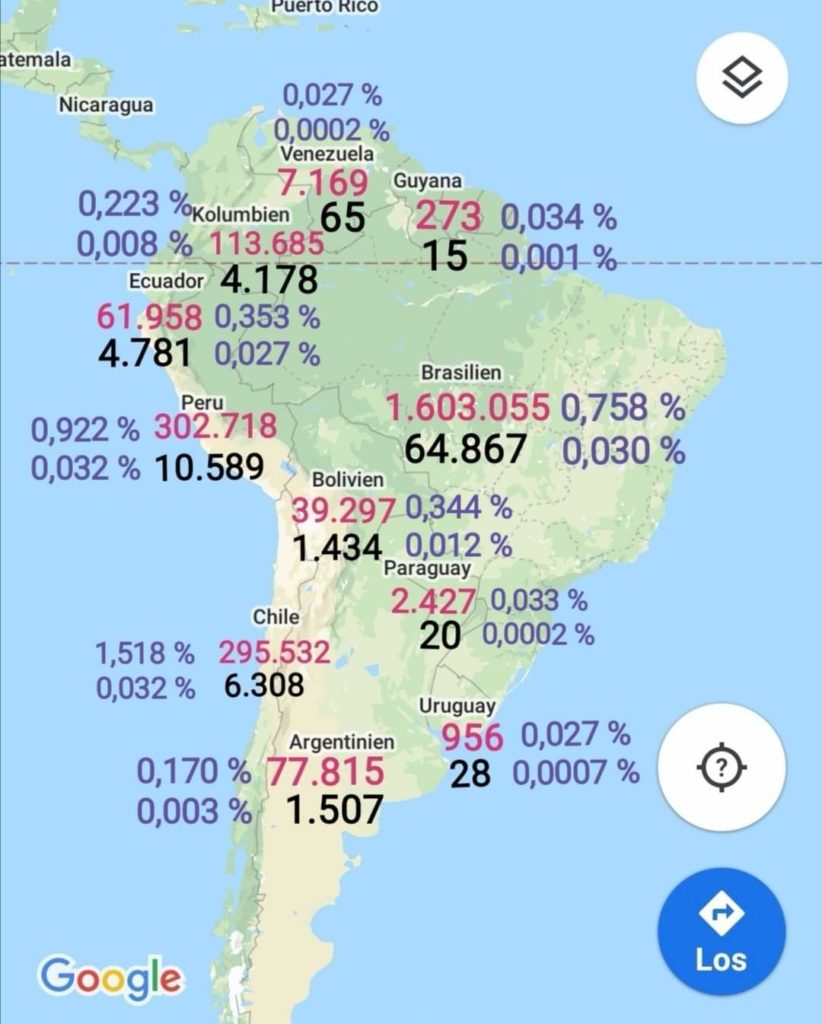