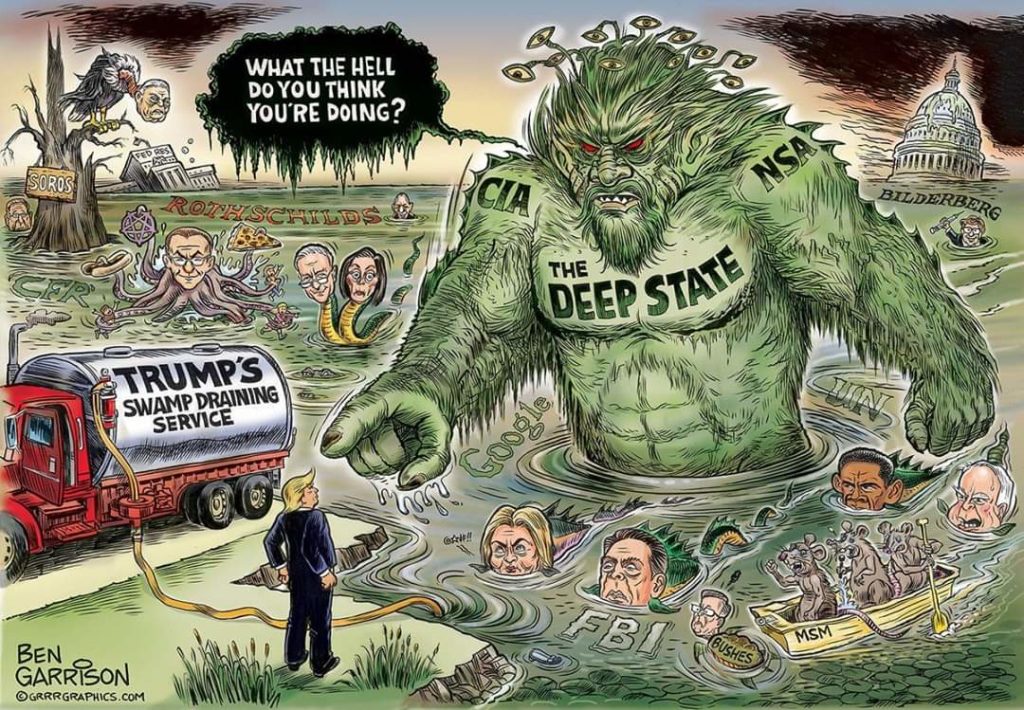 One may criticise President Donald J. Trump for his at times brutal language and his ‘flexibility’ to address a situation, his arrogance and at the same time his blatantly revealing stubbornness to listen to advice from career diplomats and bureaucrats,  but one can not call him a coward.

The U.S. ruling class, whose capitalist system is the historical midwife of modern racism, is not threatened by the racialist and black-capitalist NGO “Black Lives Matter” (BLM).

But just to make sure that black anger is kept within safe political boundaries, a critical, cash-rich arm of concentrated wealth agreed last year to lavishly fund the group and a significant number of black middle class-led policy and advocacy groups coming in under its rubric.

The stage seems to be set for an unprecedented tactical move by the Democrats at the convention when Mr. Biden, who clearly is not at his full capacity anymore, will be replaced by Michelle Obama.

In August 2016, when I first heard that BLM had  scored $100 million from the Ford Foundation and other elite philanthro-capitalists (including the Hill-Snowden Foundation, the NoVo Foundation, Solidaire, JPMorgan Chase and the Kellogg Foundation), I wrote it off as “fake news” from the right-wing noise machine.

The story struck me as too perfect a match for the Republican and white-nationalist narrative that black protesters were in pay to the evil “liberal and left elite.”

It seemed too perfectly timed for the election season and too close a fit for Trump and Steve Bannon’s racist and fake-populist liberal- and left-bashing, Archie Bunker-like talking points.

But the story checked out. The remarkable grant—a vast sum of money off the charts of normal foundation giving—was a matter of public record. Fortune magazine wrote that the gift “would make anyone sit up straighter if they read it in a pitch deck.” It was a curious statement: A “pitch deck” is a presentation venue for start-up businesses seeking investor backing.

On the day of the presidential election in 2016, Huffington Post posted a report titled “Black Lives Matter—A Catalyst for Philanthropic Change,” penned by a “nonprofit industrial complex” veteran.

The article’s author, Liora Norwich, celebrated the historic grant as an example of “social justice philanthropy (SJP, to insiders)” and hailed it for “mark[ing] a notable and laudable shift from small episodic grantmaking to longer-term investments supporting a movement-building process via a flexible giving model.”

Norwich wrote that “these same funders also appear self-consciously aware of the historical pitfalls of large foundation support to movements. As such, they may be trying to avoid what happened in the 1960s during the Civil Rights movement and the ongoing dilemma of the environmental movement, where philanthropic support forced a moderation of the movements’ agendas, causing them to become less receptive to their constituencies.”

Rife with telling caveats and qualifications (“appear aware” and “may be trying”), Norwich’s claim that the foundation had no interest in keeping BLM safe for the rich and the white was naïve. As the World Socialist Web Site noted in October:

The Ford Foundation, one of the most powerful private foundations in the world, with close ties to Wall Street and the US government, … receives the bulk of its endowment from corporate contributors and very wealthy donors through trusts and bequeathments. … The Ford Foundation has for years maintained close ties to US military and intelligence agencies. … Its board of directors is a ‘who’s who’ of powerful corporate players, including CEOs and Wall Street lawyers. … The contribution of such an immense sum of money [$100 million] is a gift from the ruling class that will allow Black Lives Matter to construct a bureaucracy of salaried staff and lobbyist positions. The influx of money will bring the movement greater influence through campaign contributions and integrate it even more closely with the Democratic Party and the corporate media.

By the World Socialist Web Site’s reckoning, the grant was a capitalist investment in the timeworn, ruling-class game of racial divide-and-rule tactics:

The $100 million gift is an acknowledgment by a powerful section of the ruling class that the aims of the Black Lives Matter movement are aligned with those of Wall Street and the US government. In an interview with Bloomberg News in 2015, the Ford Foundation’s current president, Darren Walker, an ex-banker at UBS, spelled out the pro-capitalist perspective underlying the foundation’s decision to bankroll Black Lives Matter: ‘Inequality … kills aspirations and dreams and makes us more cynical as a people. … What kind of Capitalism do we want to have in America?’… The foundation’s support for Black Lives Matter is an investment in the defense of the profit system. Black Lives Matter portrays the world as divided along racial lines, proclaiming on its web site that it “sees itself as part of a global black family.”

The venerable ruling-class Ford Foundation, it is relevant to note, responded to Detroit’s epic 1967 race riot (provoked by racist white police brutality) by trying to promote black capitalism in Detroit a half-century ago.

And, the Ford Foundation also donated to Amnesty International in the 1970ies and in exchange received a lukewarm reporting on Milton Friedman’s and his “Chicago boys” role in implementing fascist dictatorships in Chile, Paraguay, Brazil and Argentina. Amnesty International criticized in general the human rights situation in those countries but keenly avoided to make any connection with the economic system imposed by Friedman’s ‘Chicago Boys’. One can see this fact as a proof for Ford’s wisdom.

President Trump obviously is the target by the establishment as he didn’t go along with what they wanted and always got from the Clintons, Obamas and Bushs. He did not start the war against Iran, he tried to close the chapter with Russia over Ukraine and Syria, negotiates with the Taliban about withdrawal from Afghanistan and fired John Bolton for his ill advice in regards to Venezuela that would have become a second Vietnam.

Was the World Socialist Web Site’s judgment too harsh? Perhaps. One does not have to be a bourgeois racialist to see that the nation is divided along racial as well as class lines, after all.

A close look at the BLM/Movement for Black Lives (M4BL) online policy agenda suggests that its constituent organizations reside on the broadly defined left side of the U.S. political spectrum.

Beneath a strong overlay of black-specific identity politics is a sprawling monument to progressive-policy wonkery, replete with the latest and best liberal and social-democrat-ish ideas for creating a more socially, economically and racially just, inclusive, democratic and environmentally sustainable U.S. capitalism.

The United States and the world would be better places if the M4BL’s “Vision 4 Black Lives”—including universal health care, restoration of workers’ right to organize, the public financing of elections, a shift of resources from militarism to meeting social needs and reparations for slavery—was implemented.

In a way, one could say that President Trump did so far more for black Americans within the capitalistic paradigm than all his predecessors as he created jobs. Under Clinton people lost jobs and pension savings due to the dotcom bubble and virtual reality casino that was invented in the 1990ies. Even in the current crisis where it was predicted that jobs were at risk million fold but the latest figures show that this is not so.

Still, M4BL’s progressive web formulations are wrapped in the exclusive professional- and political-class discourse of foundation-backed policy wonkery, filled with references to “intersectionality” and other elite phrases that betray a lack of organic and grass-roots presence in the poor black communities in whose name BLM speaks.

Few among the ghettoized and incarcerated black poor sit on the internet puzzling their way through the intricate policy ideas of black coordinator-class professionals who get grants from top bourgeois foundations, few of whose funders and program officers are remotely interested in seeing King’s “radical reconstruction of society itself.”

Democrats who have failed to challenge President Trump on political grounds and instead focussed on his personal life, his business affairs and even tried to impeach him because the military industrial complex of the U.S. got nervous since the president didn’t start new wars but rather tried to close those chapters he inherited from his predecessors Bush and Obama, and even tried to impeach him, are probably trying to play the racism-card in this election year.

But, President Trump neither fears the deep state nor does he allow anyone to take him for a ride, especially not in a cabrio for a city tour in Dallas.