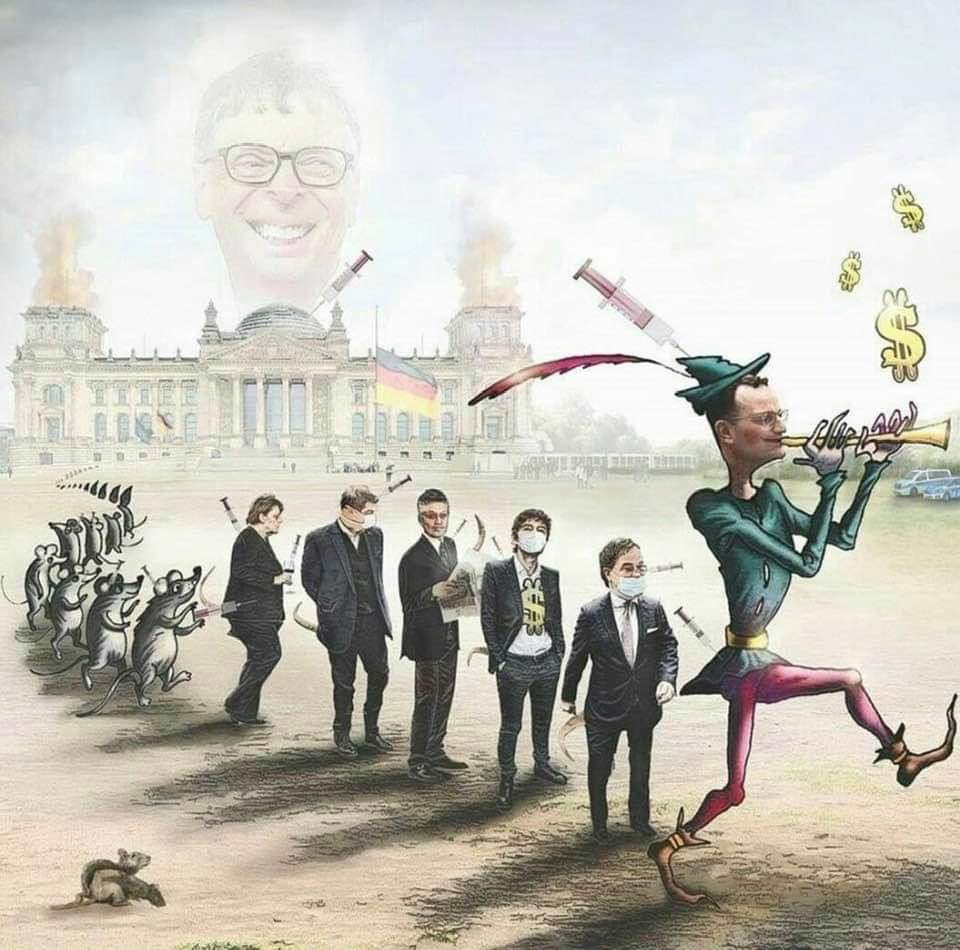 A week from now, the German government and the members of the Bundestag, the German parliament residing in the Reichstag building that burnt down only days before Adolf Hitler declared himself Chancellor in January 1933, is going into it’s 2 months long summer recess.

One would think that a parliament and government of a country that is so deeply hit by a crisis would rather work day and night vigorously on resolving the crisis instead of going on holidays.

Of course, the wages of the government ministers, chancellor Angela Merkel, who until today failed to give any scientifically proven explanation why the government shut down Europe’s biggest economy over a pandemic that hadn’t even happened so far, as lethality rate was much lower than that of a usual seasonally occurring influenza wave, are secured.

While generous remunerations for members of parliament are paid out irrespective of the worst crisis since WWII, 17 million Germans fear for their social existence because of the ridiculous anti-pandemic measurements in absence of any real threat.

This week, testings at meat factories in Germany showed a high number of infections among the workers who themselves were held like animals but even those testings only proved that one can carry the infection, such like any usual influenza, without ever knowing about it as in most cases no symptoms are showing.

This is because the PCR tests can show many different types of infections which are now recorded as ‘Covid-19’ but as long as not two ends of RNA are positively tested mean nothing at all in terms of scientific evidence.

A physicist by education as Mrs Merkel is, should adhere to scientific research principles and not follow some conspiracy theorists who want us to believe that capitalism was brought down by a virus.

Instead of providing for proper testing and treatment, German authorities are now quick in sealing off by police cordon entire districts of towns with the inhabitants virtually being locked up. Of course, this is only done in ghetto-like poorer parts of cities and not the upper middle class residential areas.

And, some federal states, like Mecklenburg Vorpommern, famous for holiday resorts along the German Baltic sea coast, as well as Bavaria, a touristic highlight for mountain tracking, closed their facilities for German holidaymakers from regions where some supposed “hotspots” are occurring.

About less than 200 years ago, Germany consisted of approximately 300 micro kingdoms, principalities and mini states. If that is going to continue we may as well end up a an ant state.

It is becoming obvious where we are heading under chancellor Merkel: a police state in which only those who show a vaccination card will be allowed to leave home.

That is why Mrs Merkel reiterated many times by now that the “pandemic would only be over once vaccination was found.” And, US oligarch Bill Gates said on German prime time news that he would not rest until he “vaccinated 7 billion people on the planet”.

On 16th June 2020 the German Bundestag has issued a motion initiated by the oppositional liberal democrats (F.D.P.) that sounds as if the pandemic would officially be declared to have ended, a paradigm shift that Greens and Leftists who are also in opposition rejected, but that in fact allows the German government to extend the state of emergency and the civil rights restrictions until 31st March 2022.

Legislation is under way while parliamentarians and government are on holidays. One may imagine that by 30th September 2020, when the current Covid-19 – legislation expires, the government will generously ‘agree’ to have the supplementary legislation be passed. It is unbelievable how easily Leftists and Greens have been outmaneuvred in this important civil rights aspects.

Clashing interests in Syria: pipelines and oil & gas reserves  By Götz Aly, Berlin The war in Syria started in 2011. Previously, in 2003,…