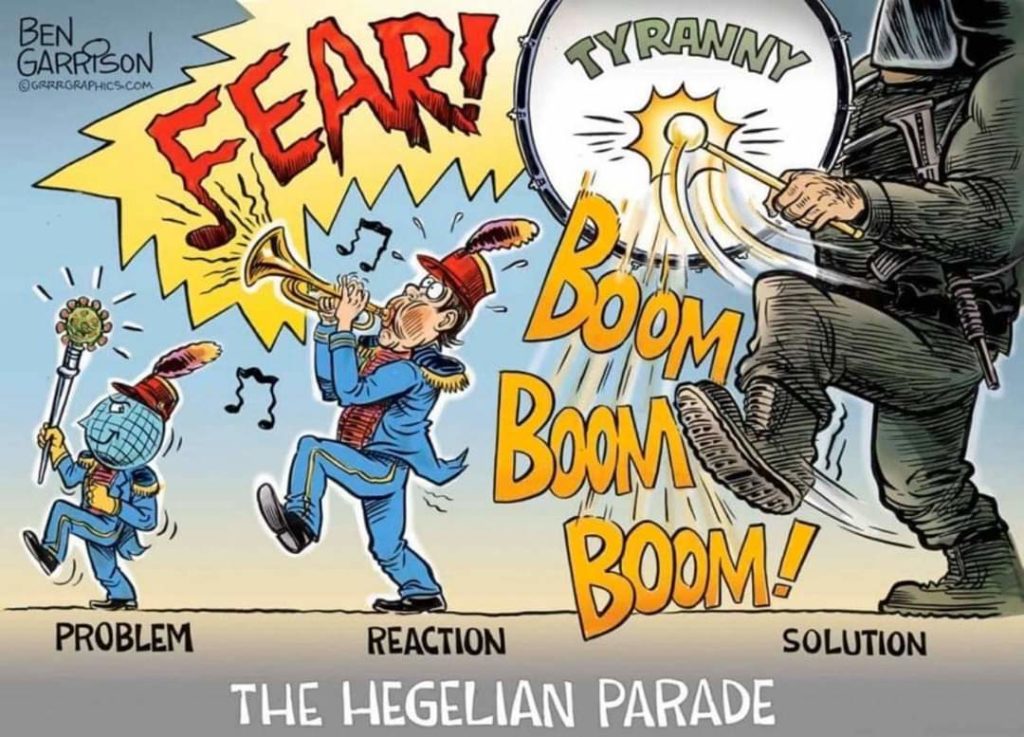 Nothing will be the way it was! This mantra has been proclaimed since the beginning of the corona crisis by the mainstream media, the German federal government and all parties represented in the Bundestag, as if it had been agreed upon, although the virologists were obviously not even able to agree on how the numbers of infectious people and people who died of Covid-19 and not ‘only’ with it should be rolled out.

So either the members of the government and editors-in-chief of the central media organs knew from the start what was going on, or they were wearing an aluminum hat.

In the meantime it has become clear that it is not about the virus as such, but about the transformation of society, the introduction of a new economic system, for which total control appears to be necessary, and the abolition of the most basic freedoms so that no one can fight back anymore.

There is only a small window of time open now in which we can try to prevent the worst. German health minister Jens Spahn, potentially the next Chancellor, only ostensibly rowed back when his plan for an immunity card met fierce resistance, but the plan will still be implemented, as will the obligation to vaccinate.

As always, when national parliaments and governments don’t dare to whip through unpopular things, this is done from Brussels and anyone who dares to criticize the EU Commission will be defamed as anti-European, aluminum hat wearer and anti-Semite.

Hannah Arendt once said: “Revolutionaries don’t make the revolution! The revolutionaries are the ones who know when the power is on the street and when they can pick it up!”And what does the German leftist party “Die Linke” do in this situation? They shout “Look, there’s an aluminum hat!”

What we have to do now is obvious, because obviously we are becoming more and more who can increase the extra-parliamentary pressure on the government: as in 1989, a round table should bring the government to reason, because there is currently no time for elections.

We have to stand up for freedom, the Basic Law, a just economic system, peace, because let’s not forget that NATO’s Defender2020 exercise will soon continue on the border with Russia.

Meanwhile, Slovenia has become the first EU member state to announce that the pandemic was over. Before doing so, sources close to the EU Commission said, it’s government vowed to subscribe to the New World Order (NWO) standard of total social control by means of an immunity passport, 5G – tracking of citizens by bracelets and introduction of mandatory vaccination whenever possible.

The censorship by Facebook and the mainstream media are like digital book burning! Today is the day of the mask fall!

Let’s stand together while we still can in defiance of a brutal tyranny that is at hand on a global level.

Give Peace a Chance!

by Ralph T. Niemeyer Our call for peace and the attempt to address it wisely through clear thinking if joint thinking is still welcome:…