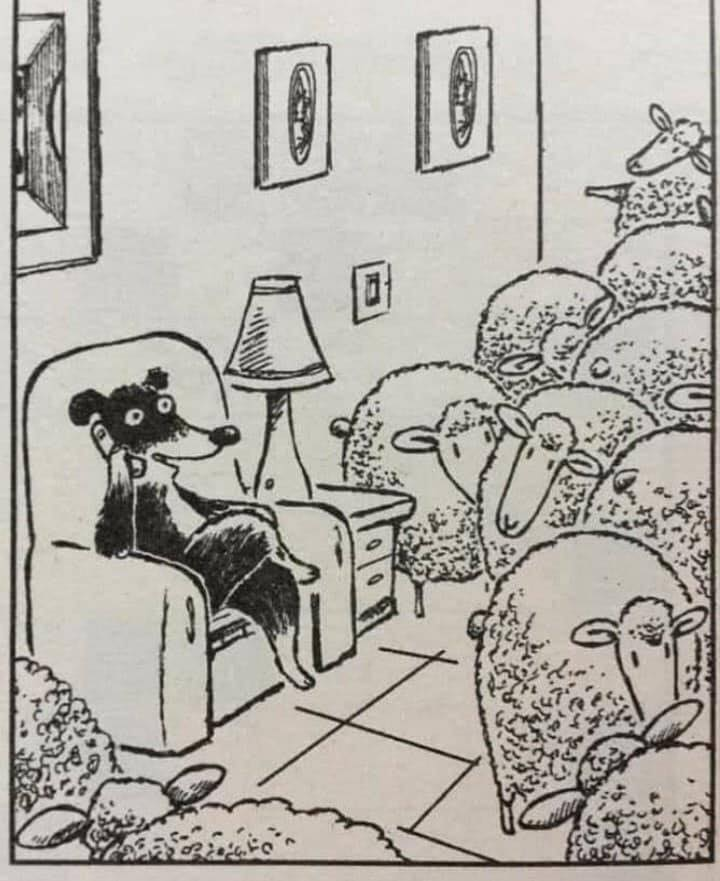 As if it were planned in advance, billions of people are forced to adopt a radically different way of life, one that allows far less personal, physical and financial freedom and activity. Here is a guide to how to do it.

STEP 1
A new virus begins to spread throughout the world. The World Health Organization (WHO) is launching a pandemic international organizations, health care officials, politicians, the media and other influential voices spark fear by focusing almost exclusively on the risk of infection from the virus and the increasing number of cases, and by characterizing the virus as extremely dangerous.

Within a few days, governments at national and local levels declare the emergency. At the speed of light, they impose lockdown measures that lock most people in their homes – starting with school closings – and paralyze a large part of the global economy. The world markets are imploding.

The stunned, frightened and gullible public – in the last few years increasingly convinced their bodies did not have the natural ability to lend through the production of antibodies that lasting immunity to respond to pathogens – fits largely willingly.

The first weekly virtual course units on local emergency and crisis responses to COVID-19 for mayors and other community officials around the world will be held.

The courses, organized by a handful of American organizations in the academic, medical, financial, political and transportation spheres, feature guests from Barack Obama to Bill Gates.

STEP 2
National leaders, those at state or provincial and local levels, as well as public health officials, are starting daily press conferences. They use them to bring scary statistics to the people and model calculations that confirm that the virus has the potential to kill millions.

The majority of this information is difficult to decipher and casts little real light on the natural course of the spread of the virus through every geographic area.

From the official and media side, uncomfortably low deaths as a result of the virus are dubbed and distorted and the focus is instead on alarming statistics produced by obedient academics, influencers in social media and high-level organizations.

The main message is that this is a war and many lives are at stake if not everyone stays at home. The mainstream media reinforces the message that the world is at the mercy of the virus.

At the same time, central banks and governments are distributing huge amounts of money largely in favor of the big banks. And they involve gigantic private finance companies to manage the process, despite their poor track record of the 2008/9 crash.

Governments are also rapidly starting to create trillion-pound programs that include compensation for shutdown-related loss of business and labor.

STEP 3
There is a concerted effort by all levels of government and health care to ramp up the number of tests for viral RNA as soon as possible, in addition to producing personal protective equipment.

They put aside regulatory needs, including quality standards and an independent reliability review, and insist that rapid approval procedures and market launch are essential to save lives.

Model calculations are published that predict an explosive increase in the number of cases, hospital admissions and deaths, even under ideal conditions.

Around the same time, public health officials are clearly loosening the criteria for viral infections, diseases and deaths, especially among the oldest members of society. This increases the number of cases and deaths attributed to the new pathogen.

The media continue to demand loudly for more tests and severe punishment for people who do not strictly follow the lockdown rules.

As a result, there is little resistance as the police and military enforce these measures with far-reaching new powers and impose unpleasant fines or even prison terms on those who do not follow orders.

States also use people’s cell phones to monitor an immense number of their movements with impunity.

Huge human resources are used specifically to find people who have had contact with a positive person and to lock them in their homes.

This also contributes to social isolation.

Among other effects, this enables those in power to wipe out even more individual and collective voting decisions, votes and power.

STEP 4
When the case and death rate curves start to flatten out, local officials warn that it is too early to speak of the fact that the virus has stopped spreading to the population, so restrictive measures should be taken.

An alternative narrative is that there would be an increase in the number of deaths and deaths if such measures were not maintained. Another is that the continuing increase in death among older people shows that it is not time for gambling.

They admit that the original models wrongly predicted that there would be a tsunami of cases, intensive care treatments, and deaths.

Still, they affirm that it takes more time to decide whether some of the restrictions can be relaxed and the children returned to school or adults back to work.

Officials are not trying to offset the total exploding costs of shutdown and other measures for their populations and economies, let alone having a discussion about what level of costs would be too high.

She and powerful media companies are pushing for the massive excess capacity in the virus tests to be used to monitor the entire population for viral DNA in their bodies.

At the same time, the introduction of widespread blood tests for antibodies against the virus begins.

Meanwhile, new data is released showing that the virus has a strong ability to mutate. Scientists and officials interpret this to mean that a larger medical arsenal is needed to combat it.

STEP 5
Around two or three weeks later, a dramatic increase in viral DNA testing will give the desired result of a significant increase in the number of people tested positive for the virus.

Health care officials are inflating the surge by adding to their case and death numbers the large number of those who are merely suspected – and not tested by a laboratory test – of having an infection.

Politicians and health officials tell the general public that this means that they cannot return to work or other outside activities at the present time.

Governments are working with health authorities, academics, industry, WHO and other organizations to develop and implement immunity passport systems to use the results of the massive antibody tests to decide who can be released from the lockdown. This is one of the many goals of the seven steps.

Meanwhile, government leaders are highlighting the importance of vaccines for the virus’.

STEP 6
Testing of many different types of antiviral drugs and vaccines on humans is beginning on a grand scale, thanks to a joint initiative by WHO, Bill Gates and his staff, pharmaceutical and biotechnology companies, governments and universities.

Large parts of the population have no antibodies because they have been prevented from being exposed; they happily accept the medication, even if it was hastily thrown onto the market without an adequate safety check.

They believe that these drugs offer the only hope of escaping the virus.

STEP 7
The new virus will soon begin another round of the world – just like influenza and other viruses have done for thousands of years.

Again, those responsible spark the flames of fear by placing the potential for millions of deaths among those who have not yet been protected against the virus.

They are rushing to start virus and antibody tests again as companies sell billions more doses of antiviral and booster shots.

This happens because local and national governments’ tax revenues were decimated during the first step and they are practically bankrupt due to their unprecedented spending on the virus war in the other steps.

The overall result is a complete medicalization of the response to the virus, which is no more dangerous than flu at the population level.

This goes hand in hand with the creation of a permanent totalitarianism controlled by global companies and a police state that is under attack by around-the-clock surveillance, and is supported by the widespread blossoming of “smart” technology.

The central actors repeat the cycle of hysteria and massive administration of antiviral drugs and booster shots every few months.

And they implement a variation from step 1 to 7 when a new pathogen appears on the planet.

Sounds far-fetched? Unfortunately it is not.
With the advent of COVID-19, many countries quickly completed steps 1, 2 and 3.

Step 4 is in full swing in a variety of jurisdictions.

Step 5 is on the best way to start in early May.

by Ralph T.  Niemeyer  Like in Russia where the US actively supports the neo fascist Navalny and “Pussy Riot” -movements, a Hong Kong separatist…