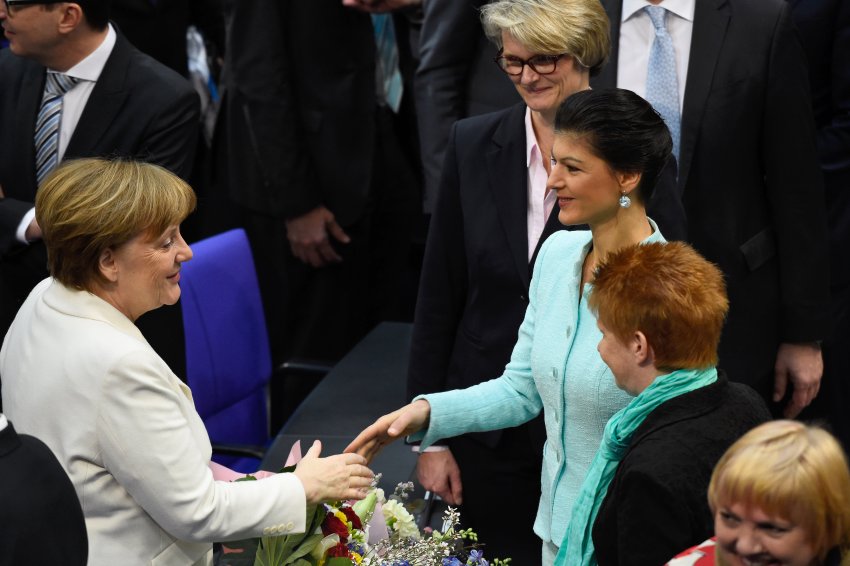 After the Corona coup, left-wing humanists should not be surprised by imperialists

After the unofficial end of the imperialist economic bloc of the so-called “European Union” (“EU”), Germany is in a state of deliberately controlled collapse of the capitalist economic order, which later will become known as the “Corona Putsch” amid apathetic decline due to fear created by the rulers.

It remains to be seen whether the Covid-19 virus actually poses a major threat, and it should not be questioned whether the restrictions on freedoms and other surveillance measures imposed by the federal government and the prime ministers of the federal states actually exist to prevent a pandemic are useful or whether it is a coup-like introduction of an Orwellian surveillance state, since none of the political decision-makers has yet tried to ensure that the measures are limited in time. The basic law, our constitution, of the Federal Republic of Germany must be defended!

Article 20 of the Basic Law clarifies: (1) The Federal Republic of Germany is a democratic and social federal state.
(2) All state powers come from the people. It is exercised by the people in elections and votes, as well as by special legislative, executive and judicial organs.
(3) Legislation is subject to the constitutional order, executive power and case law are bound by law and justice.
(4) All Germans have the right to oppose anyone who undertakes to abolish this order if no other legal remedy is possible.

Let us not be led behind the spruce by wolves in sheep’s clothing!

From a political point of view, it doesn’t matter how many people die from what, when the truth is about the introduction of a new regime and instead of discussing pseudo-scientific small things that most of us won’t understand after 10 years of brainwashing, we should Left humanists put us at the forefront of the movement and thereby put a grassroots democratic note on it.
Let’s say to the rulers, ok, we understand that you want to introduce ecofascism, you want all of us to work only for the peanuts of a basic subsistence income (BGE) and once a year with power through joy – organizers go on vacation instead of constantly on weekend vacations with low-cost airlines and AirBnB, stop driving SUVs, use cruise ships on refugee-routes to secure supplies of human material that is to be exploited, but for this we demand the end of all wars, closures of all armories, investment banks, insurance companies, Amazon-like consumer companies, tax havens, consultancy firms, deforestation and wanton destruction of natural habitats, termination of so-called “free trade agreements” and instead commit the economy to fair trade, sustainability and international cooperation.
What is stoically overseen by all political commentators in Germany is the fact that not the Covid-19-crisis caused the economic downturn but is a welcome excuse to cover up the fact that our present economic system is built on big illusions and fraud.
If this is not the result of the #CoronaPutsch, we will pick up the pitchforks and start the #CoronaRevolution ourselves, but then the 750 billion euros German finance minister Scholz and ECB president Madame Lagarde pledged will not be enough to get you out of the field!
The grinning “Mr. CUM-EX”, Federal Minister of Finance Olaf Scholz, who is accused of having turned a blind eye on fraudulent tax moneypulations by banks in Hamburg while he was mayor, made no joke when he spoke of the “Bazooka” of financial support for industries.

Grandmother, why do you have such big ears?

Scholz is a cynic, not a humorist. He’s not kidding. I had always researched qnd investigated about his dealings with the financial mafia and had already reported former Chancellor Gerhard Schröders’ manipulations back in 1994, whereupon I was criminalized in the best manner of arrogant financial capitalism in order to be silenced, as was later the case with Julian Assange and Chelsea Manning.
We cannot let the perpetrators get away! They delete their cell phone messages like the East German secret police STASI shredded files in 1990.
The so-called “constitutional protection office”,  today’s domestic secret service, is pacting with fascists of the fascist terror group “Nationalsozialistischer Untergrund” (NSU) who killed dozens of migrant citizens and other right-wing assassins and should be dissolved immediately, otherwise a new GESTAPO (NAZI Germany’s secret police) will develop in the context of this crisis. It’s time to walk across the lawn again!

This clear announcement would be necessary now, but the opposition parties, above all DIE LINKE (leftist) as avenger of the disinherited and the so-called “GRÜNEN” (Greens), which are proud of every opinion poll showing them grow, exercise in preemptive obedience, like the Social Democrats (SPD) did before the First World War, when Emperor Friedrich of Hohenzollern demanded the ‘War Credits’ to be approved.

The so-called ultra right-wing “Alternative for Germany” (“AFD”) is also not capable of constructive debate because it cleverly refuses to remove the fascists from their ranks.
As in 1989/90, we are on the threshold of a new time, which we now have to shape, unless we disregard the downfall regime’s keepers of power and let the grassroots democratic scepter take over as a sovereign.

I prefer not to be forced to invoke Article 20, point 4, of our Basic Law.