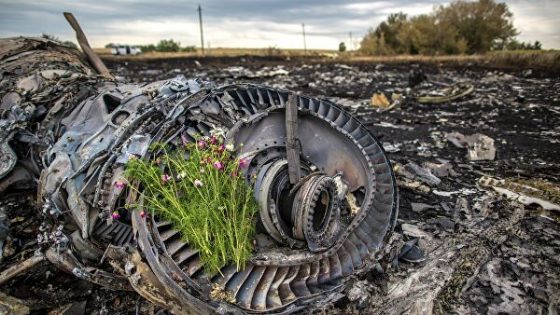 A Dutch journalist has released intelligence documents about the MH17 crash

The Dutch military intelligence agency has not found a single Buk air defense system that could crash a Malaysian Boeing that crashed near Donetsk in 2014.

This follows from the documents published by the journalist and author of the documentary about the crash, Max Van der Werff.

When analyzing the data, he expressed doubts about the thoroughness of the investigation. He is surprised that experts have detailed information about the positions of the Russian Buk mobile systems (which are not located at important bases). While the majority of the Ukrainian Buk are on stationary positions on military bases, even though the Kiev counter-terrorist operation in Donbass was already underway, the Ukrainian air defense forces were placed on alert on July 12, 2014.

The crash investigation was carried out by the Joint Investigative Group under the leadership of the Dutch Attorney General without the involvement of the Russian Federation.

On his website, the journalist published a number of previously unpublished documents from the Joint Investigative Group, including a letter from the legal department of the Dutch Military Intelligence Service (MIVD) to the public prosecutor on September 21, 2016.

According to the letter, the MIVD examined whether Buk complexes could have been involved in the MH17 crash. The letter mentions 11 points in particular at which the Buk air defense systems of Ukraine (eight locations) and Russia (three locations) were located in June and July 2014, when the disaster struck. According to Dutch intelligence, all 11 complexes were at least 66 kilometers from the crash site, and three identified Russian complexes were in Russia.

“The data in the table shows that the MH17 flight flew outside the range of all Ukrainian and Russian points where Buk complexes were used,” the letter said.

A document addressed to the prosecutor also said: “Given the location of the identified systems and the speed at which they can be moved, the Buk-M1 missile system, owned by the Ukrainian armed forces, is unlikely to move at a time on which the MH17 flight falls into the affected area ».

The cited document also states that “In July 2014, MIVD examined other ground-based air defense systems in the region that may have fired the MH17 in terms of operational readiness, technical specifications, and location.” According to the document, these are the air defense systems of the Ukrainian Armed Forces S-300PS Volkhov M-6 and the favorite system S-300PM2, which is used by the Russian Federation.

Regarding these systems, the journalist quotes the following from the letter: “All identified Ukrainian S-300PS Volkhov-M6 were at least 250 km from the MH17 impact point. The Volkhov M6 system S-300PS has a maximum range of 75 km. On this basis, the MIVD concludes that the Volkhov-M6 S-300PS system was not used to shutdown the MH17 ».

The document further noted that the only identified complex “with sufficient range” to crash this plane was two S-300PM2 favorite systems from the RF force near the city of Rostov-on-Don.

«The MIVD has information (from partners) that indicates the use of the 36N85 fire control radar … for aiming and / or firing a surface-to-air missile from the 48NS series on July 17, 2014 … These locations are in close proximity to large settlements and launching a rocket would most likely lead to news on social networks or other media. MIVD knows nothing about such publications, »the journalist quotes the text of the letter.

Van der Werff, who analyzed the data contained in the letter, concluded: “On September 21, 2016 (a week before the Joint Investigation Team’s press conference on September 28, 2016), the Dutch Secret Service and Security Service had no reliable information Received that there was a Russian Buk-M1 complex crossed the border with Ukraine during the conflict ».

The author of the article entitled “Has the MH17 exam been performed properly?” expressed doubts about the thoroughness of the investigation.

According to him, “it is striking that the Dutch military has detailed information about the positions of the Russian Buk mobile systems (which are not located at the main bases), while the majority of the Ukrainian Buk are indicated in their stationary positions at the military bases”.

He asks himself: «Can one argue convincingly that Ukraine kept almost all of its Buk at the bases and never moved its air defense goods outside of the bases during the« anti-terrorist operation »?» “How likely this is given the fact that Ukraine’s air defense forces were put on alert on July 12, 2014,” he writes.

«This brings us back to the question we asked at the beginning of this article: Has the MH17 examination been carried out properly …? I have doubts about the analysis I have done over the years and the content of the new information from these four documents only increases my doubts, »he concluded.

The Malaysian Boeing-777, which flew from Amsterdam to Kuala Lumpur, crashed near Donetsk on July 17, 2014. There were 298 people on board, all of whom were killed. Most of the victims were Dutch citizens.

“No thanks, I trust our governments!” By Ralph T. Niemeyer  This year’s flu wave already killed 130 people in Germany whereas the Corona…