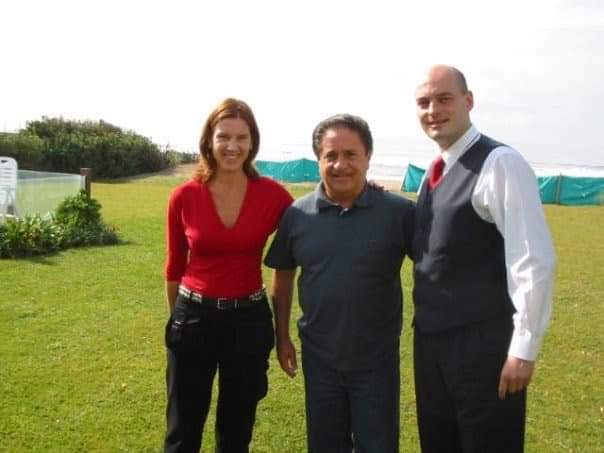 Once again a Peronist will be inaugurated as President of Argentina this Sunday, 8th December 2019. Peronists are comparable to Social Democrats by European standards as they are rooted in the social populism of Evita Peron in the 1950ies.

But, like the European socialdemocratic parties, also the Peronists are often caught in having to choose between a rock and a hard place as economic pressure forces them to play by the rules of US imperialism which is frequently trying to invade the country by different means, in the 1970ies with Michael Friedman’s ‘Chicago Boys’, leaving huge debts for the fascist Junta governments in Latin America, then by private banks and finally by the IMF and World Bank.

When in 2001 Argentina’s financial market collapsed following the dreadful Cavallo-Menem economic policy of linking the Peso to the Dollar on a 1:1 parity which made Argentina’s exports horrendously expensive while allowing the upper middle class travel to Europe and the US, the country became ungovernable. ‘Radical’ president Fernando de la Rua who had no control over the economic disaster his predecessor Carlos Menem had created, resigned under the pressure of mass protests of middle class Argentineans who lost their savings.

Within 2 weeks there were 5 presidents who all resigned after looking at the disaster. Then, Eduardo Duhalde took over as interim-president and started to negotiate a moratorium of the foreign debts. Those debts had been created by the Junta in 1980 and 81 before agreeing to allow democratic elections.  One can legitimately say that these fascist generals had printed bonds and deposited these in banks in US and UK.

Then, the first freely elected president after the dictatorship, Raul Alfonsin, a rather leftist liberal ‘Radicalo’, took seat and was immediately put under pressure by the demands resulting from the debts the Junta generals had created. It was virtually impossible for Mr Alfonsin to govern under these circumstances but could only administrate the scarcity. After only one term he was replaced by Peronist Carlos Menem who ran the Peso-Dollar-Paridad scam that predictably collapsed after 10 years but after Mr Menem and his finance minister, a follower of Friedman’s ‘Chicago School of Economics’ Mr Cavallo had left their offices.

In 2003, Mr Alfonsin answered EU-Chronicle’s question why he did not had negotiated the debts in a way that Mr Duhalde and Mr Kirchner did, that he had feared that the military dictatorship would have returned in that case.

Mr Duhalde told EU-Chronicle in an exclusive interview in his holiday residence in Pinamar in 2003 that the powers of a president were very limited.

Following the chaotic demise of the ‘Radicalo’ government of President Fernando de la Rua, Peronist Eduardo Duhalde took over and while negotiating a financial haircut on the illegitimate debts organised that Nestor Kirchner could win the elections in 2003. Mr Kirchner, a Peronist as well, completed the financial restructuring in one term and was followed by his wife Cristina Fernandez de Kirchner who governed for 2 terms and now will be Vie President under President Alberto Fernandez who formerly served as her cabinet chief.

In 2009 Mr Fernandez told EU-Chronicle that he believed that Latin America was shifting to the right in less than 10 years. After the coup d’état in Bolivia and with rightwing governments in place in Chile, Ecuador, Brazil, Columbia and instability in Venezuela, Mr. Fernandez will not have it easy to push the continent to the left.

Argentinean Nobel Peace Prize laureate Adolfo Perez Esquivel said in an interview with EU-Chronicle in 2009 that the foreign debts were strangling every president and that the wrong priorities were chosen, having millions for football but not sufficient funding for social programs.

It will be interesting to watch how a Peronist administration will deal with the social and economic challenges that are left behind by the neo-liberal Macri-government.

too big to jail?!