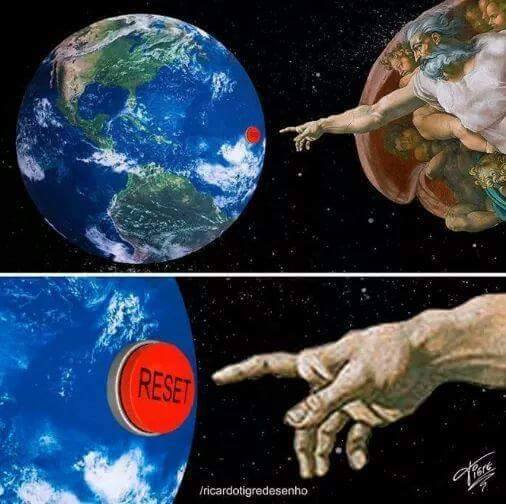 It is difficult to argue in a balanced way in times of mass media disinformation campaigns that play with emotions and employ schoolgirls such as Greta Thunberg and the Fridays for Future activists. Of course it is good to raise awareness among all citizens that are caught in an unprecedented consumerism that also affected 16 year old upper middle class Swedish teenagers who blame the elder generation to have deprived them of their childhood, and question the capitalistic ideology of unlimited growth.

And, there is no doubt that we ought to reduce emissions drastically. No but. Just a full stop and then the next sentence: when an economic model can only be kept alive at the cost of a ruinous unlimited growth, then, I wonder, why are we still negotiating about the cost and not rather question the capitalistic system that is proven latest since 2008 to be an uneconomic economic model? That, unfortunately,  the young activists and mainstream media don’t dare to do as this would raise uncomfortable questions.

They are rather believing in a ‘green capitalism’ that will manifest the world order of the 18th, 19th and 20th century and the dominance of the rich North over the resources of Latin America and Africa.

Swiss and German climate researchers have shown that northern Europe has cooled in the last 2,000 years. The study questions the foundations on which the Intergovernmental Panel on Climate Change (IPCC) is based. Instead of discussing the results, the study is referred to as “incompetent analysis” in several blog posts on the Internet.

At the forefront is Mike E. Mann of Penn State University mobilizing against the science work that appeared in early June in the prestigious journal Nature Climate Change. For example, on the “RealClimate” online platform, he complains that the published results have been misinterpreted by researchers and the media.

Mike Mann has every reason to complain about the results: If it turns out that the results of the climate researchers around Jan Esper from the Johannes Gutenberg University in Mainz, Ulf Büntgen of the Swiss Federal Research Station for Forest, Snow and Landscape (WSL) and Daniel Nievergelt from the Oeschger Center for Climate Impact Research at the University of Bern correctly reproduce the temperature profile, a central work of climate research would be refuted. And,  this work is by Mike Mann.

In the first two IPCC reports (1990 and 1995), climate scientists still believed that in the high Middle Ages, the global temperature was much warmer than it is today. But in 1999, geophysicist Mike Mann, then an Assistant Professor in Massachusetts, claimed to be able to derive a more dramatic global climate from annual rings of fossil trees; the corresponding study appeared in the journal “Geophysical Research Letters” and was included in the Third Assessment Report of the IPCC in 2001.

The global temperature development on Mann’s graphics resembles a lying hockey stick. The curve starts in the year 1000. Until the beginning of the 20th century, the changes are minimal; the graphic resembles the stick. Then the curve rises dramatically, hook-shaped, as at the bottom of the hockey stick.

In most cases, the count is additionally colored red at this point. “This illustrates the uniqueness of the rise in temperature,” said IPCC leader Rajendra Pachauri a few years ago in conversation with journalists.

Meanwhile, several studies suggest that something is wrong with this hockey stick curve. It obviously became a political tool for executing social and economic control.

As early as 2003, scientists led by Jan Esper, who was still working at the WSL research center in Birmensdorf, Germany, suggested that the average temperature around the year 1000 had to be higher than the hockey stick curve dictates.

Esper came to this conclusion when he examined several tree specimens and found that ideal growth conditions had prevailed at that time. The results published in the scientific journal “Science” were then questioned by many researchers, but could not be refuted.

Two years later, an international group around Hans von Storch from the Helmholtz Center for Coastal Research in Geesthacht, Germany, again criticized the hockey stick curve. Von Storch examined the so-called proxy data of the climate models and found that the temperature fluctuations were perhaps significantly underestimated, as he reported in the journal “Science”. Storch’s data also suggested that the average temperature around the year 1000 to 1100 had to be higher than indicated on the hockey stick curve.

There was also a lot of work to be done by Christian Schlüchter, Professor of Quaternary and Environmental Geology at the University of Bern, lecturer at the world renown institute ETH Zurich and enthusiastic Alpine researcher.

In June 2004, in the journal ‘Die Alpen’, published by the Swiss Alpine Club (SAC), he reported on research results that he has collected over the past ten years and published in various specialist magazines, including in The Holocene in 2001.

In the journal, they hardly caused a stir; the popular scientific contribution in the SAC magazine, however, was understood as a provocation, because Schlüchter claimed that the Sustenpass was a green alp at the time of the Roman Empire and the Steigletscher had retreated to the height of the Tierberglihütte (2795 m above sea level).

The scientist from Bern came to this conclusion when he found in the high-tide deposits of a glacier brook in the immediate apron of the Unteraar Glacier in the Bernese Oberland 30 to 60 centimeters thick pieces of wood and remnants of a bog.

“The finds were washed out by the large meltwater eruptions under the glacier. So the material comes from where ice is today », says Schlüchter. This was extraordinary, because trees and even a bog could only have existed in these places if the “eternal ice” was much smaller in earlier times and the tree line was higher.

To clarify, the geology professor had the samples analyzed and dated in the laboratory using the radiocarbon method. One thing was astonishing: “The determined ages did not form a chaotic data cloud over the last 10,000 years, but fall into defined time windows,” says Schlüchter. “So far ten time windows could be determined. Calculated over the last 10 000 years, this gives you just over fifty percent of the time with shorter glaciers than today. “- In plain English: Our glaciers were rarely as strong after the last ice age as they are today.

The Bernese scientist Christian Schlüchter draws another conclusion from the results: “Before 1900 to 2300 years, the glacier tongues were at least 300 meters higher than today. In Roman times, glaciers were hardly ever experienced as such, for the simple reason that they were far removed from the Alpine transitions used at the time and therefore were not perceived as an obstacle. “This would explain why in the otherwise very detailed descriptions of the Roman chroniclers Hardly a word about the glacier can be found. Schlüchter demands: “Based on these findings, the hitherto common idea of ​​the Alps, which have been relatively heavily glaciated ever since the Ice Age, must be decisively revised. The Alps were mostly greener than they are today. »

Martin Funk, an ETH-glaciology professor at the Research Institute of Hydraulic Engineering, Hydrology and Glaciology, has looked at Schlüchter’s results from 2001: “I see no reason to doubt the results and statements, except for a few details,” says the expert that Schlüchter’s investigation in modern times indicates only one period (between the year 500 and 800) with smaller glaciation.

“That means you can not compare much between the hockey stick curve of the IPCC and Schlüchter’s results. In addition, the temperature alone does not say much about glacier swings. For this one would have to have information about the precipitation changes” – Professor Martin Funk, glacier expert ETH Zurich

Swiss and German climate researchers led by Jan Esper are now presenting a study which on the one hand proves that it was significantly warmer in the High Middle Ages, but on the other hand shows that the climate in Northern Europe has cooled in the last 2000 years. The team combined the results of annual ring density measurements from fossil pine trees to a time series back to the year 138 BC.

Wood density correlates very well with the summer temperatures in this area near the Nordic forest line, so researchers have managed to produce a temperature reconstruction of “unprecedented quality”, reports the Johannes Gutenberg University.

This reconstruction now shows with high resolution the thermal conditions of the Roman period and the High Middle Ages, but also the cold phases at the time of the migration of peoples or the later small ice age.

“We’ve found that the historic temperatures of the Roman and Medieval times have been too cool to date,” Esper says reluctantly. These findings are of climate policy importance “because they influence the assessment of the current climate change compared to the historical warm phases”.

The climate curve presented by Jan Esper shows besides these cold and warm phases but still a phenomenon that was not to be expected, it says in the message. For the first time, the researchers were able to calculate a much longer-term cooling trend, which has been taking place continuously over the last 2000 years, using the tree rings.

According to the calculations, the global temperature per millennium has cooled by minus 0.3 degrees. “Actually, this number does not seem particularly impressive,” says Esper. “However, it is not negligible compared to global warming, which today is less than one degree.”

Instead, if one really wanted to solve the effects of industrialisation one ought to plant about 1 billion hectares of forest until 2050 which would absorb together with the existing 2.8 billion hectares on Earth about two thirds of all carbon emitted since beginning of industrialisation a study by the ETH Zurich finds and suggests that it is possible without interference with farming and natural habitats.

The current media hype and ignorance towards science may have to do with very capitalistic reflexes of the rich North that can be described as a revival by the nuclear industry that even Greta Thunberg had lauded as being emission-free as well as a neo-colonial imperialism of the 21st century under the so called ‘carbon certificates trade’ by dictating poorer and underdeveloped countries of the world to surrender their resources such as Lithium from Bolivia for which one stages a right wing coup d’état or Cobalt from Democratic Republic of Congo where a civil war is raging, both badly needed for the production of the batteries car manufacturers like Tesla produce.

The European Parliament in neglecting completely science but also historic experiences with laws of empowerment in 1933 declared the ‘climate state of emergency’ that, one may fear, can end up in a dictatorship and eventually a green fascism that for the good of the planet (and it’s capitalistic multinational corporations) allow to think the unthinkable: overpopulation as a threat to the climate, an ideology some leading activists of ‘extinction rebellion’ who received donations from George Soros and other oligarchs, already are no longer shy to voice.

by Ralph T. Niemeyer The case of the fugitive oligarch Mukhtar Ablyazov, who absconded from Kazakhstan with some $7.6 billion of funds from the…