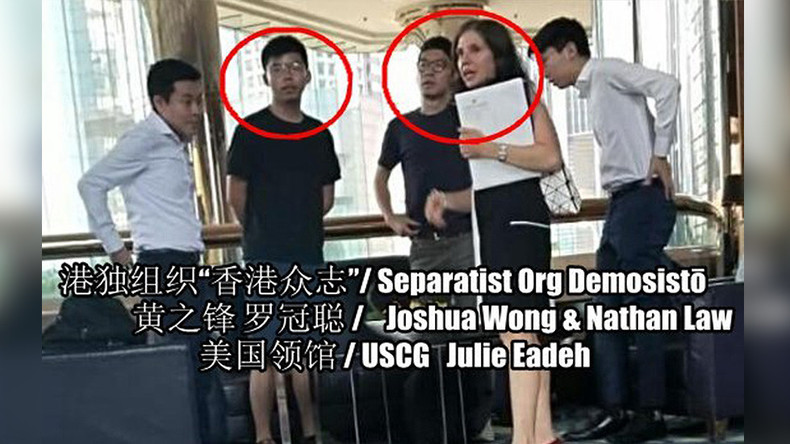 The Washington based security consultant firm Harbor Lane Associates that had the late US president and former CIA director George Herbert Walker Bush on it’s board for almost 3 decades is actively supporting the campaign for the independence of the Chinese province of Tibet and nowadays also the student’s protest in Hong Kong that initially had been orchestrated by oligarchs who feared their extradition to the People’s Republic of China for fraud, tax evasion and corruption if the bill of the Hong Kong government went into effect.

These businessmen indeed have a lot to loose as they made billions with circumventing minimum labour standards with shipyards and vessels operating out of Shanghai but being registered in Hong Kong.

While most protesters in Hong Kong may not be aware of who is really having an interest in the withdrawal of the extradition bill, the Washington based CIA firm quickly laid out the strategy to make it a fight for freedom and democracy and employ student activists as it always happens in so called ‘colour revolutions’ that are instigated by the US.

Meetings between the pro-democracy and student activists and professional CIA infiltraters were held in the US consulate.

Harbor Lane Associates is also a proven partner for the Dalai Lama who played the dumb when I confronted him in ten years ago with these reports. Nevertheless, ‘His Holiness’ later attended birthday parties of the Bush family.

Watch the portion of the recording of the press conference that the audiovisual service of the European Parliament has deleted here: