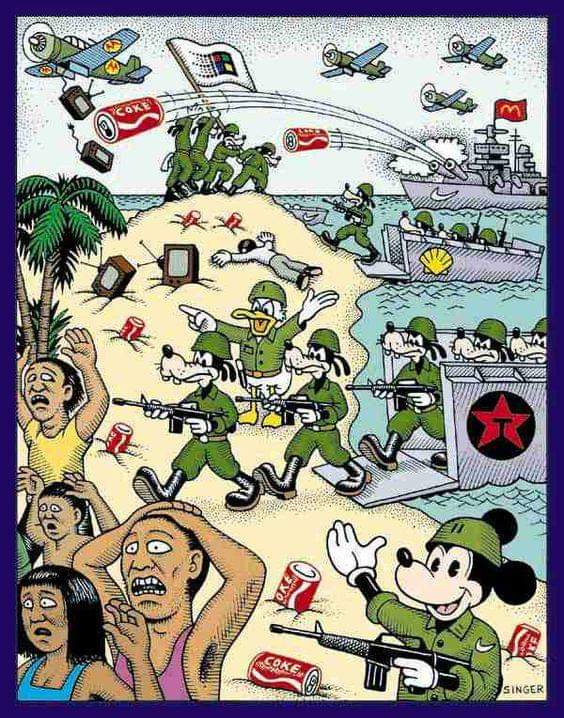 I comment on your article http://eu-chronicle.eu/2019/02/will-venezuela-recognise-bernie-sanders/ from the point of view that you have been in Venezuela, many times before, and you have seen and experienced this scenario, at least once before.

So, what was the scenario and emotion you experienced in the Hugo Chavez administration days? The documentary you filmed under the given name “Faction CH”, which played out during the coupe that lasted a few days back in 2002. YouTube: https://m.youtube.com/watch?feature=youtu.be&v=_z5iXO84XQU

This is a fairly descriptive documentary I say, best watched when one has time to reflect on Venezuela, but after having seen this, my impression is that the current situation in Venezuela, is a lot more of the same.

Only difference maybe, is that the stage is the same but the faces of the role players have changed. In true film making spirit this deserves another documentary, as an update of this soap box opera.

So, here is the new President of Venezuela? Juan Guaido?.., as you mention in your 5th paragraph of your post, a fairly unknown person in the South American political arena. Clearly, until now and add that for a fairly unknown politician, he has created quite a political stir. Locally, in view of the local support, and globally, in view of the media coverage he enjoys. Quite a stirrer, this unknown man! Is he the next savior of Venezuela? The man to pull Venezuela out of the situation they’re in! Or, is he just another face on the well-known stage of politics.

Now here are two well-known faces. Hugo Chavez and Fidel Castro. Your “Factor CH” documentary highlights the friendship and respect that these revolutionaries had for each other, and I am sure that it would still be there, if they were still alive. Ho Yes! “La Revolución”.

The reminiscent right to balance things on earth, and on politics by definition this stands for, as defined in a dictionary: “noun.. an overthrow or repudiation and the thorough replacement of an established government or political system by the people governed.” Has it helped Venezuela? I think not if we are to sit and watch this boring movie again. Has it worked anywhere?

I’m not sure about the rest of the world, but can think of a similar situation close to home, where in South Africa the breakdown of an oppressive regime led to democracy, with a solid constitution to help it on its way to recovery, and almost got it right but “greed” replaced democracy, with power to destroy all the effort that was made.

Now, here we have big machinery extracting oil from the ground.

These are well known machines because countries that have these and the resource below ground, are known to be wealthy. Well, that’s the way it should be for all that own it and one can argue that given that this is a natural resource, it should belong to all that live in that land. But sadly, this does not appear to be the case for Venezuela.

For that matter, it is a well-known fact that any natural resource that makes one wealthy belongs to those that have the power to take it. Natural behavior of course, because this is the basic instinct of humans, the need to fight for wealth, because we believe that wealth will ensure the survival of the species.

Then if you agree with this statement! I will say that we have failed as humans. Why? Because this model appears to ensure the survival of a selected species. The species that hunger for more. The species that is never satisfied. The species that fear hunger more than salvation. This species is normally found on a big stage, as their role requires big media coverage, and need to earn a lot of money to cover all expenses.

Going back to the stage that the Venezuela dilemma plays out, the other role players and masses that are most probably making ready for another revolution, live on in hope that their luck will change. A change for the better, change that they desperately need, because they have been fighting for this positive change for a very long time.

Is Juan Guaido the promised savior? Who knows! Maybe he is just another flavor of the day. One thing is for sure though, and this is that a positive outcome is required for Venezuela. People are subjected to poverty and live in an ever-increasing undignified manner, and this is the sad truth about wealth.

Those that have wealth, love to act on it, whereas those that need it, fight for a daily survival under the umbrella of poverty. And here is the other reality of this sad truth!

The UN tries their best to eradicate poverty, profess zero hunger, promote equality in both gender and class, but seem to be powerless through any of the global initiatives to make a positive change in Venezuela. I wonder why? Don’t bother answering this question; the answer is a complex one. Not only for the Venezuela dilemma, but also for many of those countries whose masses remain voiceless.

I have one last comment to make.. and it is one that is also confusing for me. We have great people come and go in our lifetimes. People that have inspired many towards positive change. People that have been recognized for their contribution made towards bringing fairness and equality to humans. Yet, even after honoring these individuals, we forget what they stood for. Do we choose to forget? Or is it just another flawed human trait.

I am sure that you recognize this man. All I ask is that you spend around 14 minutes of your time to remember what he stood for. The link should help: https://youtu.be/PDS_BBVfuYQ
These are my views of course, and are not endorsed by anyone.