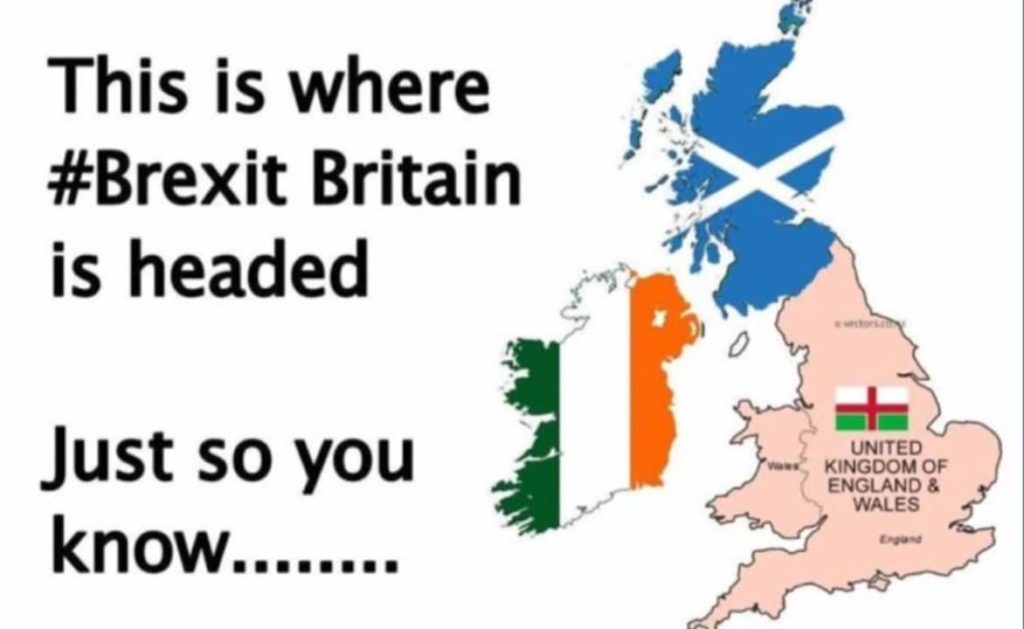 EU seems to have outdrawn Greatbritain

It becomes clear now that the EU has become a trap for the UK as there is no reason why a technical customs union could not be established in Ireland while Greatbritain is leaving the common market.

The Brussels elite’s insistence on an all or nothing package is designed to make it impossible for the UK to leave the EU without either losing the territory of Northern Ireland or risking a civil war again.

Since the British, who were defeated by the Irish Republican Army, only won a ceasfire in 1921 by promising to withdraw from Northern Ireland, which got soon be forgotten about as the Irish Republicans made themselves comfortable in Dublin and didn’t bother much about “the North”, it could turn out to be the right moment, now, almost a century later, to finally unite Ireland peacefully and for good.

Of course, this would not work immediately without sparking violence by pro-british “protestants”, so why not grant Northern Ireland independence and create an own statehood which remains in the EU?

Given the fact that the population in Northern Ireland overwhelmingly (56%) had voted for remaining in the EU, this can only be seen as logic and democratic.

Nigel Farage and his ‘UKIP’ called the 23rd of June 2016 to go down in history as “Independence Day”.

But, who will be independent from whom?! Scotland and Northern Ireland from England and Wales?! 15 years ago I predicted to Nigel Farage over a pint in the O’Farrell’s Bar, an Irish Pub at Place du Luxembourg across the European Parliament, that he would manage to achieve what Hitler had dreamed of: the splitting up of the UK.

The Good-Friday – Agreement from 20 years ago served well to pacify the province as it ended Westminster’s Social-Apartheid regime.

But, since “the troubles” were rather founded in social imbalances linked to ethnicity than religion, both, Dublin and Westminster hoped not to be made pay for unemployment in Belfast.

Now, it appears, the time has come for all sides to wake up to the truth: Ireland will be unified through the peaceful process of European integration.

Failing to accept this would call for radical supporters of the Irish Republican party Sinn Fein who is on the winner’s side undertaking steps for finally unifying ‘Emerald island’ should a No-Deal-Brexit lead to a hard border between Northern- and the Republic of Ireland by means that we had hoped to have banned to the history books.

The Information Age is over!

even the weather news on German state TV engages in dramatizations    By Ralph T. Niemeyer  Apart from whether one believes in governments to…