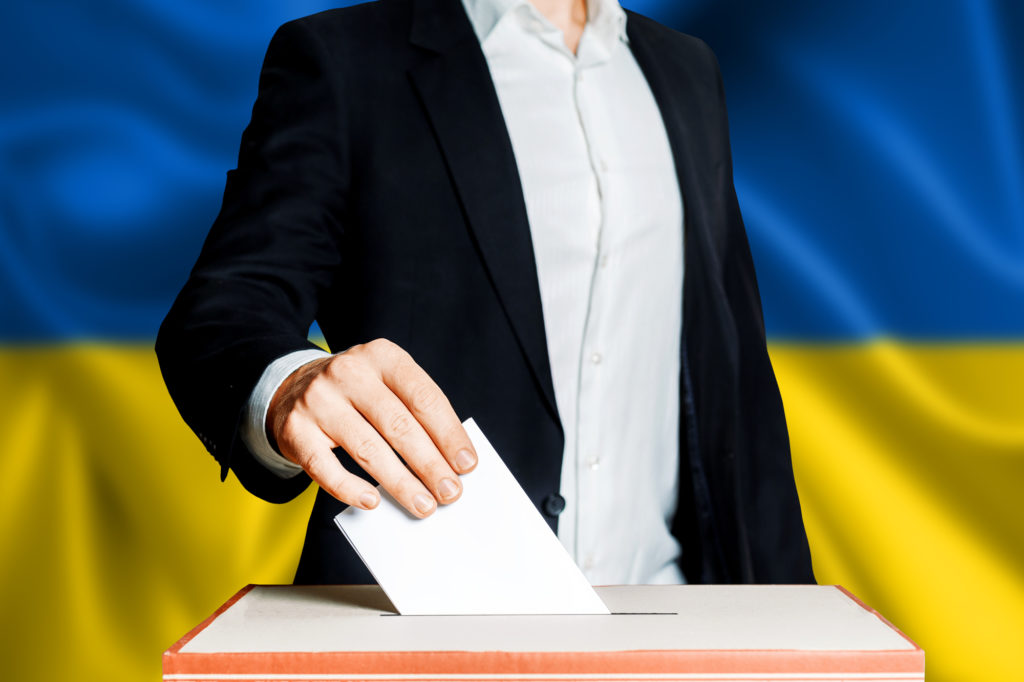 ELECTIONS IN UKRAINE: THE FIRST WINTER SURVEY SHOWED THE BOYKO-RABINOVICH UNION BENEFITS AND THE UPSURGE OF SMALL POLITICAL PROJECTS

The first winter survey taken in late November – beginning of December 2018 showed that while electoral effects of the Azov crisis and introduction of the martial law are yet to be studied the more active participation of opposition parties and politicians has already changed the voters’ attitudes and affected the parties’ popularity.

According to the survey results, should the presidential elections in Ukraine be held ‘this Sunday’, the biggest part of voters would give their votes to Yulia Tymoshenko (11.6%), Yuriy Boyko (11.5%), and Petro Poroshenko (9.3%). They will be followed by Volodymyr Zelenskiy (5.6%), Oleg Lyashko (5.1%), Anatoliy Grytsenko (4.9%), and Svyatoslav Vakarchuk (4.2%). Among the candidates who seem to obtain less support the biggest upsurge was shown by Illya Kiva (2.3%).

Along with this, the decline of voter’s attitudes mostly affected the politicians from the remaining part of Opposition Bloc and also – Svyatoslav Vakarchuk, who was expected to announce the dawn of his political carrier but already wasted several opportunities to do so. The poll embraced the politicians that would most likely participate in the elections.

Modest chances to be represented in the parliament are shared by “Gromadyanska Pozitsiya” of Anatoliy Gritsenko (4.8%), “Samopomich” (Andriy Sadoviy), “Svoboda” (Ruslan Koshulynskiy), the Socialist Party of Ukraine (Illya Kiva), “Narodniy Front” (Arseniy Yatsenyuk), and several others.
The results of the survey are shown in the tables below. 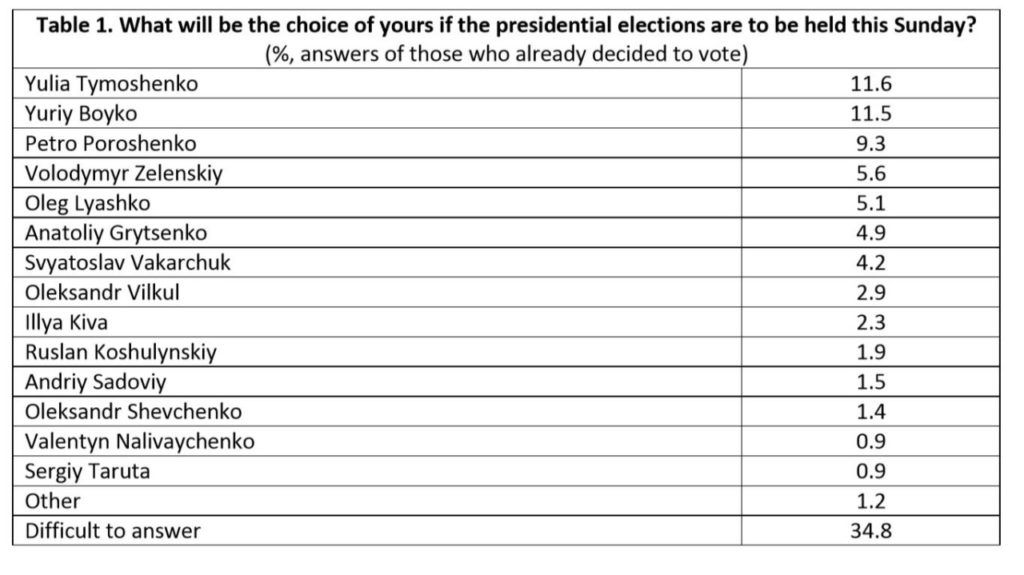 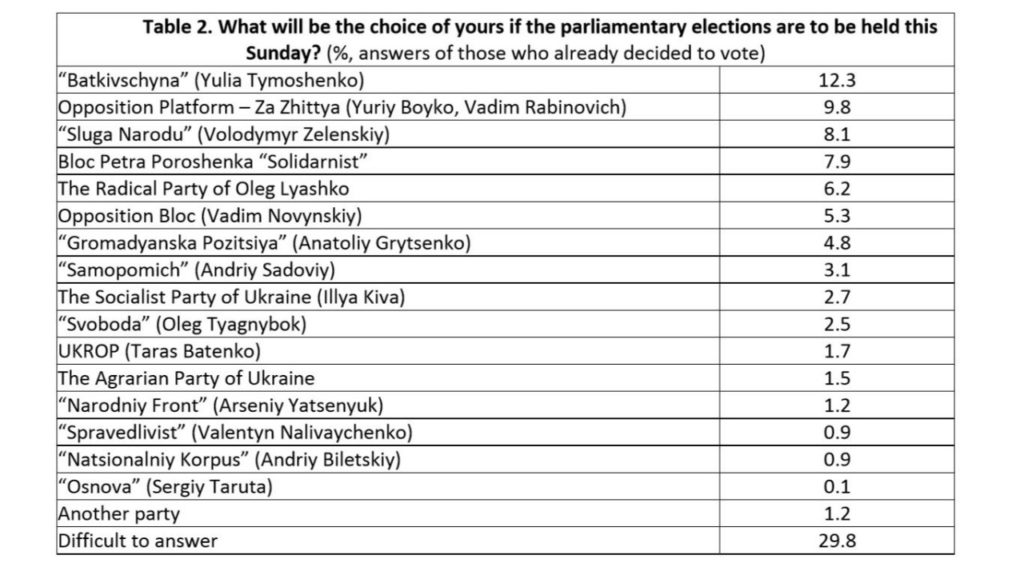