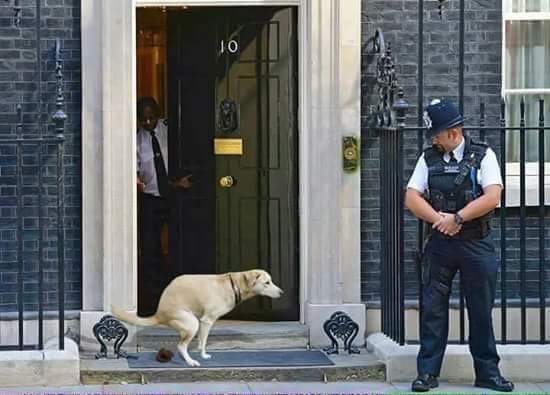 never do it in front of one’s own door

If anything has become clear in the past days it is the fact that one can’t leave the “Holy German Empire of EU-Nations” without loosing territorry, in this case the North of Ireland which the so called #backstop will only manifest no matter what various political leaders try to tell us.

Nigel Farage and his ‘UKIP’ called the 23rd of June to go down in history as “Independence Day”.

But, who will be independent from whom?! Scotland and Northern Ireland from England and Wales.

12 years ago I predicted to Nigel Farage over a pint in the O’Farrell’s Bar, an Irish Pub at Place du Luxembourg across the European Parliament, that he would manage to achieve what Hitler had dreamed of: the splitting up of the UK.

Now, it is rather the Irish Republican party Sinn Fein who is on the winner’s side undertaking steps for finally unifying ‘Emerald island’.

The Referendum from two and a half years ago should have better been about migration and not the leaving of the common market, especially since the present and future standard of living in the UK is much more dependent on being part of the EEC than illegal immigration or legal EU migration.

The leverage the British government got is tiny also because two thirds of the UK’s GNP is more or less directly derived from the financial merry-go-round in “the City” while the real economy got crushed under Prime Ministers Thatcher and Blair who moved the production base to China and the IT business to India.

Even the agricultural production accounts for merely 1% of British GNP so one may wonder who is going to feed the British after March 2019.