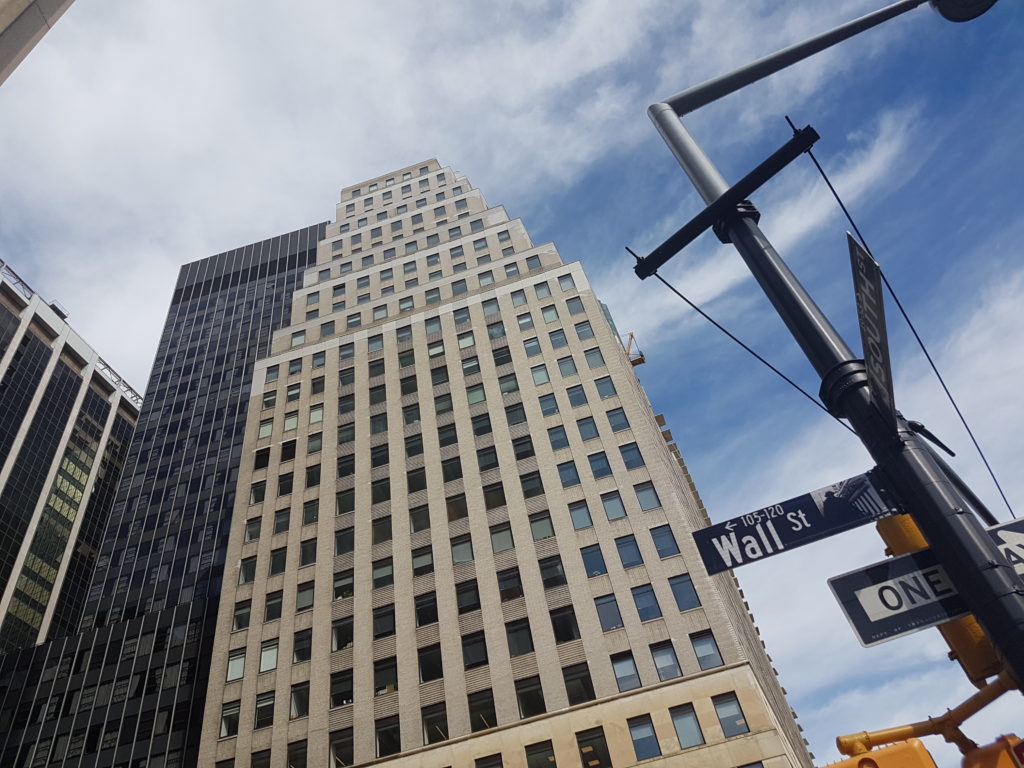 Wall Street-model to collapse in China

US-President Donald Trump must have looked through the Chinese scam well before he took Bejing on over tariffs and ruthless intellectual property theft.

As it became evident once more today when Chinese stocks plunged at the Shanghai Composite by 2.9% to its lowest level since 4 years having an impact also on the FTSE China A50 that tumbled by more than 2%, the copying of the Western economic model of piling up pyramids of debts, has proven to be ludricous despite stunning double digit growth rates over many years.

The sell-off was broad-based, with just about every sector trading in the red.

Like in the Clinton-years during which fabulous growth rates had been reported from the US that later proved to be scams creating ENRON-WORLDCOM – style of bubbles at NASDAQ, China is facing truth now.

According to Bloomberg, about 4.18 trillion yuan, or $603 billion, worth of shares have been put up by company founders and other major investors as collateral for loans, accounting for about 11% of the country’s stock market capitalization, based on calculations using China Securities Depository and Clearing Corporation data.

In the last year of the Clinton-presidency the virtual reality casino of NASDAQ grew by 114% leaving the real economy reflected by the DOW JONES with mere 2% growth over the same period well behind.

Liquidity got absorbed by artificially created bubbles at NASDAQ and was missing in the real economy leading to a de-industrialisation wave under Clinton moving the US’ manufacturing base to China and the IT business to India.

When the bubbles were about to burst just before September 11, 2001, all of a sudden the otherwise superfluous inflationary liquidacy swept back into the military-industrial complex being used for the wars in Afghanistan and Iraq.

But, this did not lead to badly needed job creation for the US’ blue collar workers and middle class that suffered from the neoliberal wave of hedge funds axing production during the Clinton-years, but rather created the next bubble: credit card debts that consumers were told by their banks in a kind of privatised Keynsianism during the Obama-presidency that let the real estate bubble burst.

In the Obama administration one decided to cover up the negative growth figures by ordering the Bureau of Economic Affairs by applying statistical tricks such as hedonic pricing that allowed for quality adjustments that suggested growth by the mere re-evaluation of property. This way, houses being built in the 1990ies were evaluated better than those having been built inmthe 1980ies by this allowing for higher mortgages which resulted in higher consumer and credit card debts suggesting growth which actually did not take place.

President Trump seems to be determined to counter this dreadful cycle by confronting China by laying bare the fraudulent structures of that model.

Falling stocks may also reflect rising concerns about the future of Chinese growth after several warnings from across the board in recent days. On Tuesday, for instance, the ratings agency S&P Global warned of a hidden debt pile in the country worth as much as $6 trillion.

The debt, concealed off-balance-sheet by the country’s local governments, is an “iceberg with titanic credit risks,” according to the report’s authors.

While unemployment in the US is at an 50-year low, consumer confidence amid solid growth rates in the US’ real economy speak for the Trump-doctrine of taking on China.

After all, Chinese products are only cheaper because the artificially devalued yuan while Chinese workers are not more productive than those in the western world.

After telling the People’s Republic of China over more than 50 years to introduce the western economic model Western Free Democracies, foremost the US have to acknowlege the fact that the post – communistic China has perfectionised not only the copying of western technologies but also the debts-creating financial merry-go-round of Wall Street.

An economic system that records debts and destruction as growth is not sustainable. And, one should consider, that if an economic system can only be kept alive by growth at any cost, it might not be wise to negotiate about the price but rather question the legitimacy of the system.

Comparison of mortality rate of the countries hit worst by Covid-19.  It is striking that countries that are adhering most to Neoliberalism and…