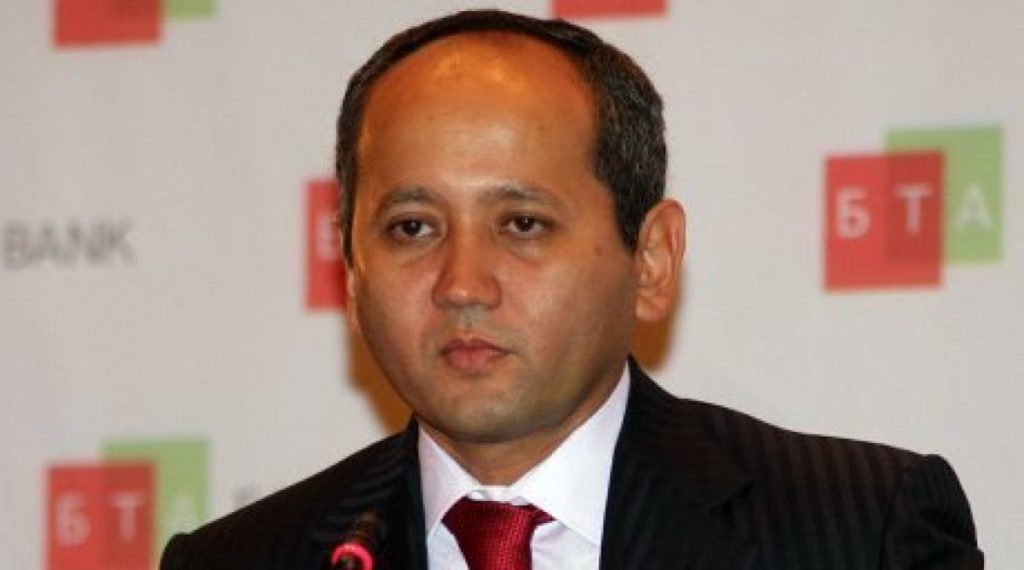 The man once described by the UK press as “the world’s richest fraudster” continues to attract the attention, and the mirth, of the European media (and also of the European courts). Now it appears he has also aroused the attention of the adult entertainment industry as a compromising video, purporting to show him with his associate, and president of the human rights NGO Lyudmyla Kozlovska, has appeared online.

Mukhtar Ablyazov, a former Kazakh Minister who became head of the country’s BTA Bank, skipped the country leaving behind a black hole in the accounts of up to $7.6 billion. One of the biggest individual losers was the UK based Royal Bank of Scotland, which lost £1.3 billion of money invested on behalf of British pensioners.

As well as a 20 year sentence for fraud, passed in absentia in his home country, he also has on his record a two year sentence passed in the High Court of England and Wales for contempt of court (which he avoided by fleeing the country) and has spent time languishing in a French prison. He currently faces further trial in France, and has outstanding extradition warrants from at least three other countries.

Ablyazov is noted for his ability to manipulate those around him, a talent that may benefit him, but which leads only to heartache and trouble for those who fall under his spell.

This week, the Brussels press corps was intrigued to learn of the existence of a video, purporting to show controversial human rights NGO ‘Open Dialog Foundation”’(ODF) President Lyudmyla Kozlovska ‘in flagrante delicto’ with none other than Ablyazov himself (an edited version of the video is shown here, the full video will not be published by this site in the interests of public decency).

Kozlovska is allegedly used by Ablyazov to sanitise his reputation, and spread a story about how the Kazakh authorities are bullying him for political reasons, and as a freedom fighter.

The ODF, which has been subject to investigation by the Polish tax authorities, presents itself as addressing human rights issues in former Soviet states. However, it has been often noted that their main interest appears to be defending billionaire fugitives from justice from these same former states.

In fact, it has been alleged that Mukhtar Ablyazov himself has funded the ODF, something which, if it were found to be true, would compromise the ODF’s integrity even further.

The fugitive oligarch appears unable to resist an impulse, and as well as the young lady from Poland, there have certainly been suggestions that former Managing Director of BTA Bank Botagoz Jardemalie and Ablyazov’s associate Olena Tishchenko are also former lovers of the amorous fugitive oligarch.

Botagoz Jardemalie applied for a job in BTA Bank in 2005 and within three years was appointed as a Managing Director – Member of the Board of the Bank. A brilliant career was provided due to her charm and her loyalty to her boss – Mukhtar Ablyazov.

Botagoz Jardemalie, who has been described as “the right hand” of Ablyazov, and who has been personally involved in the illegal issuance of dubious loans by BTA Bank worth about $500 million, which apparently were never repaid, is herself currently in exile in Belgium, unable to return to her home where she faces criminal charges relating to her involvement with Ablyazov.

In addition, the brother of Ms Jardemalie – Kazakhstani businessman Iskander Yerimbetov – is currently under investigation on suspicion of money laundering on behalf of Ablyazov. Yerimbetov is suspected in the “disappearance” of about $647,000 of funds relating to the company SKY Service LLP, which he controlled.

As for Olena Tischenko, she was to suffer the humiliation of being exposed after a “liaison” with Ablyazov in a home owned by her own former husband, a prominent Ukrainian banker.

Having been followed from a London courtroom, where she had been attending a hearing concerning Ablyazov, by a team of private investigators to France, was observed that before meeting with the fugitive she changed into a very Short skirt and high heels. Ablyazov was observed at the same time by the investigators making the bed in his underpants.

Ablyazov himself a short time before left his family behind, for the comfort and safety of the Azure coast, in France, with a glamorous female friend Tischenko. But at the same time, his wife and daughter were arrested by Italian law enforcement agencies and deported to Kazakhstan.

Tischenko was subsequently to be arrested in Moscow on money laundering charges, shortly after this meeting with Ablyazov, who is also wanted in Russia.

The fugitive’s talent for manipulation is legendary. Sadly, for those who are coerced into helping him, humiliation, abandonment, and subsequent attention from the law enforcement agencies appear to be inevitable.