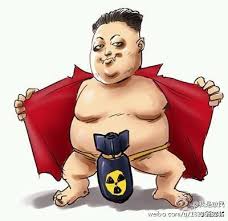 One could be forgiven for not having heard of it since it disrupts the standard “North-Korea-Problem” narrative, but there is a realistic solution to the crisis that liberal and progressive appeasers are keeping silent about.

This is the Moon-Putin Plan unveiled in September in Vladivostok. President Moon outlined it as nine “bridges” of cooperation linking South Korea to Russia via North Korea—“gas, railroads, ports, electricity, a northern sea route, shipbuilding, jobs, agriculture, and fisheries.” Siberian oil and gas pipelines would be extended to Korea, both North and South, as well as to Japan.

Both Koreas would be linked up with the vast rail networks of Beijing’s Belt and Road Initiative, including high-speed rail, and the Eurasian Economic Union, which includes the Trans-Siberian Railway.

Previous US administrations for their hostility towards Russia failed to bring any peace in East Asia whereas Mr. Trump’s taugh-talk brought all stakeholders back to the negotiating table. Now, the US has to watch out not to be sidelined by China and Russia when the unified Korea will sit as a nuclear and economic power at every negotiating table while Japan is over-indebted and struggling with the aftermath of Fukushima.

But, it looks as if Mr. Trump is a more competent negotiator than his predecessors as he is also taking on the Chinese over trade imbalances and intelectual property theft.

The pragmatic and at most times rather undiplomatic approach by Mr. Trump is certainly breaking up stereotype political strategies that have only ended in stalemate.

The question is whether all of his own government is ready to follow suit and not undermine the commander-in-chief’s doctrine.

On the other hand, the momentum couldn’t be used in a better way as the nuclear proliferation is being suspended for yet another reason: the mountain where “Little Rocketman” tested his nukes collapsed by such impact and the area got heavily contaminated.

As seen in Syria, the deep state in the US initiated or invented a chemical attack in order to force the president to launch missiles instead of withdrawing troops.

One may wonder what these structures are able to fabricate in order to frustrate the Trump-White House’s initiative to put the Korea-war to rest.

An Eye for an Eye, a vessel for a vessel