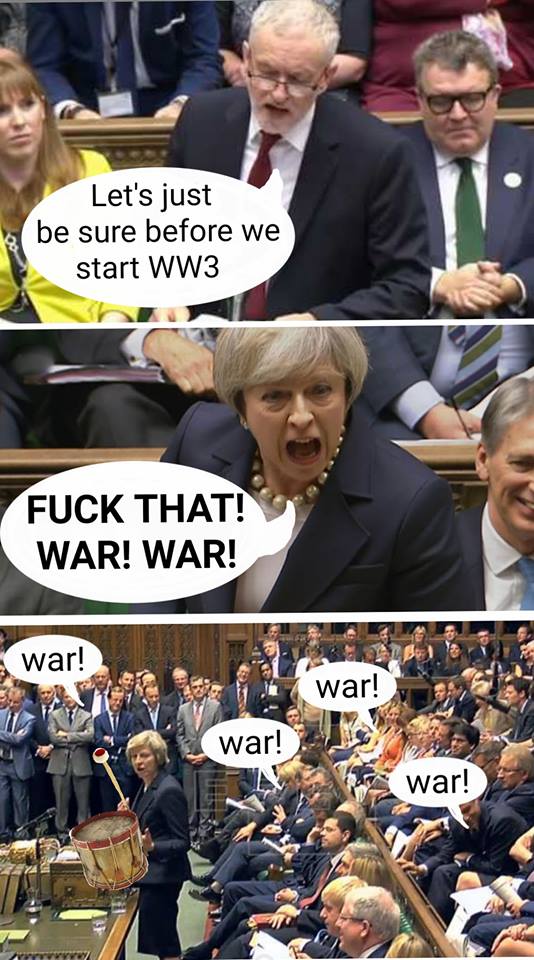 Skripal case an inside-job to unseat May?!

The biggest diplomatic crisis since the Cuban missile crisis could be an inside-job by British secret services intending to ridicule and undermine Prime Minister Theresa May and foreign secretary Boris Johnson ultimately forcing them to resign.

The fallout from this loss of public trust in their own state authorities alongside with the Cambridge Analytica & Facebook mess being blamed for the manipulation of the Brexit vote could lead to a complete reversal of current British policy.

Sky News reports that the Chief of Britain’s Military Research Center of Porton Down says experts were unable to identify the precise source of nerve agent that was used in poisoning Sergei and Yulia Skripal.

In what can only be described as a complete and massive embarrassment to the ‘Theresa May – Boris Johnson’ hoax poisoning narrative that has been pushed by western mainstream media over the last two weeks, scientists from Porton Down have not been able to establish where the Novichok nerve agent used to poison Sergei and Yulia Skripal was made.

Gary Aitkenhead, chief executive of the Defence Science and Technology Laboratory (DSTL) at Porton Down, told Sky News they had not been able to prove it was made in Russia.

He said: “We were able to identify it as novichok, to identify that it was military-grade nerve agent.

“We have not identified the precise source, but we have provided the scientific info to government who have then used a number of other sources to piece together the conclusions you have come to.”

He said establishing its origin required “other inputs”, some of them intelligence-based, that the Government has access too.

However, he confirmed the substance required “extremely sophisticated methods to create, something only in the capabilities of a state actor”.

He said there is no known antidote to novichok, and that none was administered to either of the Skripals.

Porton Down’s boss would not comment on whether the lab had developed or keeps stocks of novichok, but dismissed suggestions the agent used to poison the Skripals came from Russia.

“There is no way anything like that could have come from us or left the four walls of our facility,” said Mr Aitkenhead.

It comes as the chemical weapons watchdog said it would hold a special meeting on Wednesday into the UK government’s claim that Russia was behind the attack.

The OPCW (Organisation for the Prohibition of Chemical Weapons) said its executive council would meet in the morning in The Hague, on Russia’s request.

In a letter, Russia’s ambassador to the OPCW, Alexander Shulgin, asked for the meeting to discuss Britain’s allegations “in a confidential sitting”.

OPCW experts have taken samples from Salisbury to try to verify the nerve agent used and its origin.

Moscow’s deputy foreign minister, Alexander Grushko, noted that the poisonings may have been set up by the UK to justify increasing military spending.

Mr Grushko stated the attempted murders could have been “arranged by Britain” because “they need a major enemy”.

by Ralph T. Niemeyer Conservatives usually uphold tradition, culture and values but, if Humanism and Classicism are really in their hearts, why could they…