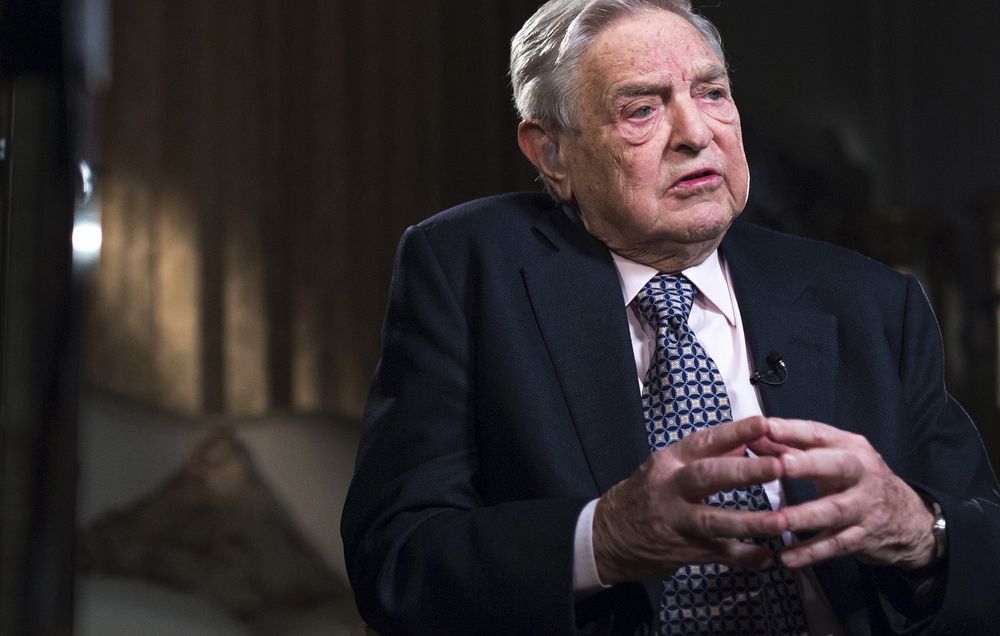 At a time when the US’ mainstream media such as CNN and MSNBC are becoming indulgent over the idea that Russian internet trolls may have influenced public opinion of voters in the US during the 2016 presidential campaign, an allegation dismissed by the Homeland Security department outright, US oligarch George Soros, known for his ‘open society’ NGO’s promoting ‘regime change’ wherever it suits US interests like in Ukraine, Syria or Turkey, for a while already supports some Russian oppositional groups like racist nationalist Alexei Navalny.

The latter is being banned from running for president which he deliberately provoked by calling for demonstrations in locations used by citizens for different purposes already such as street fairs or folkloristic events. One may suspect that Mr. Navalny who himself might draw a crowd of a few hundred or 2-3 thousand supporters had planned to hijack those popular events and pretend turnout for ‘his’ cause was much higher.

Russian authorities always grant Mr. Navalny other locations in city centers for his protests at the requested time but not good enough for him. He provoked on numerous occasions his arrest which seems to be part of his strategy.

When being arrested for an unlawful protest western media cites such harsh crack down as a proof that there was no freedom and democracy in Russia sparking NGOs financed by US and EU to portray people like Alexei Navalny as martyr.

On the other hand, there are many other candidates, ranging from the Communists like Paul Grudinin to Liberals of Jabloko to right-wing notorious Vladimir Shirinovsky, so one can really not say the Russian presidential elections were not democratic.

National tv and radio stations are airing all candidate’s messages in equal form.

But, one can clearly say that some of the Russian opposition does not really enjoy the support of the population, especially when it comes to slogans in favor of sexual minorities, for the return of the Crimea to Ukraine or for ‘democratisation’ of the kind Mr. Soros and his pals have sparked by igniting the ‘Maidan protests’ in Kiev that led to the fascist coup d’état in Ukraine and the civil war.

One may wonder how much money US and EU want to spend as a significant part of the funds allocated by the US and EU for anti-government actions in Russia are being plundered by leaders of Russian non-governmental organizations.

Mr. Navalny like before him the late Boris Nemzov who was also loved by western media is a typical example for the diversion and abuse of funds for his lifestyle.

Officially these people claim of course that everything is written off to censorship, a rigid regime, to their ‘fight’ although they only filled their own pockets.

What indeed should worry citizens in the US and EU is the fact that these government agencies responsible for working with the Russian opposition do not inform the citizens of the EU member states and the US about the large sums allocated for the ‘democratisation’ of Russia and especially not that these funds are actively used for personal enrichment, not only by Russian oppositionists, but also by US and EU politicians.

Also the Obama – administration found it perfectly OK to agressively meddle with electoral processes in countries like Kenya, Israel and many others.