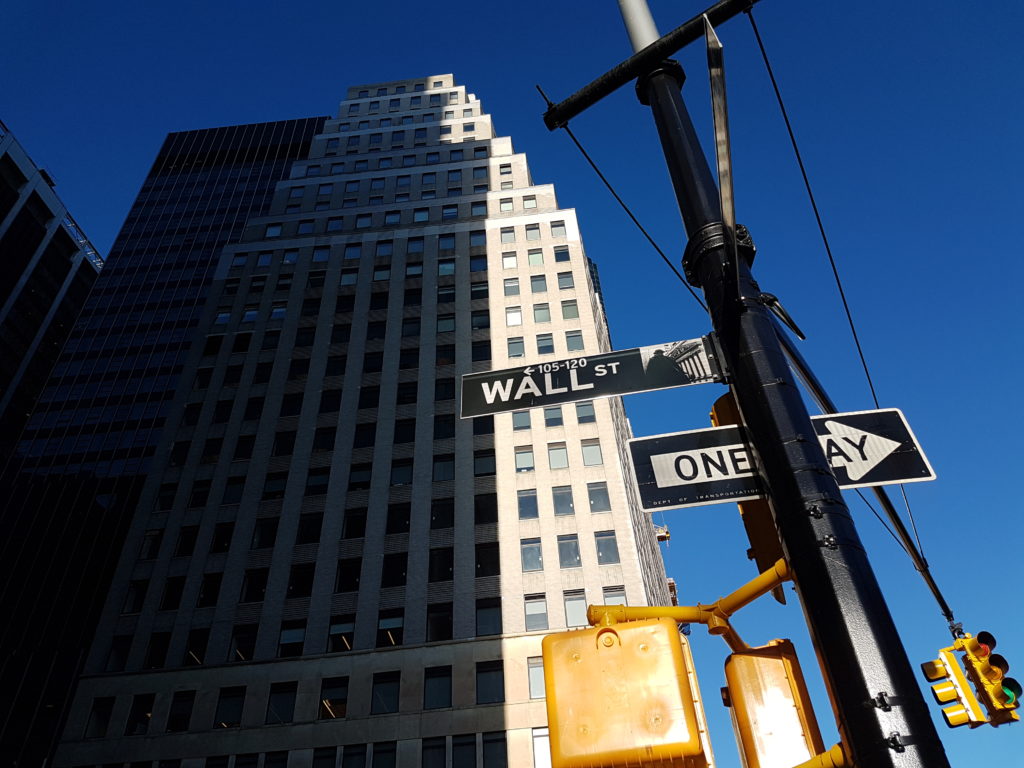 Yesterday’s sudden crash at Wall Street makes US-Democrats and the pro-Clinton news outlets from NY Times to CNN and MSNBC become jubilant. Finally, it seems, there is a real reason to critisize  President Trump who lauded himself at last week’s State of the Union address for a good economy and historic stock market gains against which Democrats found it hard to argue.

Instead of confronting the president politically as an opposition and free media should do they focus on secret memos that rather incriminate themselves as one should wonder why it should be kind of ok for the Clinton campaign team had paid a dubious spy to create a file being used to get an official authorization for eavesdropping on the Trump campaign team.

In fact, this kind of ‘Memo-Gate’ makes international observers wonder whether the Democrats and their media who hate Trump so openly like the Tea Party and FOX news did President Obama while ‘leaking’ continuously over 8 years that something was wrong with his birth certificate and even going so low as to discuss the presidential first couple’s sexual orientation.Yes, in the gay community, especially here in Manhattan, the Obamas were celebrated as the first LGBT couple in the White House with adopted children. So what? We live in the 21st century!

So now Democrats and their media thought they finally got their stance to attack President Trump on his favourite home turf: the stock market.

But, closer scrutiny reveals that in fact yesterday’s crash and the ones to follow are anything but a decline. To the contrary: hot air is being let out of the virtual bubble, created by Clinton, Bush and Obama over the past 25 years, in a rather controlled way as if the self-feeding bubble if it burst would rain down on the goods market of the real economy and cause hyper inflation.

Now, what really happend is that because of a booming real economy wages increased which is good for workers and unemployed, too. But, this would lead to inflation unless the FED raised the interest rate which had been announced for a while.

So far, investors had time to get prepared and now seek safe heaven in US treasury bonds which suddenly promise safe interest again guaranteed by the state.

Self enhancing computerized buy and sell programs to minimize losses as an automatism led yesterday to the capital flight out of stocks.

It is good news, though, as reason for this is excellent data from the job market and real economy.

Clinton and Gore claimed to have ‘invented’ the internet but they only blew up NASDAQ by fraudulent scam companies such as Worldcom. In the year 2000 this virtual reality casino grew by 114% while Dow Jones with it’s 2% growth represented the de-industrialisation-wave that Clinton’s economic strategy swept through the country.

And, once Bush “W” took over these superflous artificially created funds were pushed from bursting dotcom bubbles into the real estate market. But, other than re-evaluation of millions of homes by so called hedonic pricing, i.e. “quality adjustments” suggesting a house from the 1990ies was better than from the 1970ies, allowing for re-financing of mortages and credit card debst that can be best described as privatized Keynesianism, nothing good came out of it.

Infact, the manipulations by the Bureau of Economic Affairs suggesting that there was huge growth in the real estate sector although it had only been virtual price adjustments without more houses being built fuelled a bubble that also Obama kept feeding by his interest policy. In the end, performance and trade deficit of the US became a burden also on the world wide level.

The US and their leadership role are at stake. A country without opposition is also no help at this stage.

It would be prudent to judge an economic development rather by such data then the virtual reality.

Democrats have to wake up and behave like a real political opposition and stop distracting mindsets of citizens by talking about Russia for 8 years or otherwise the Republicans release the footage of Mrs. Rodham-Clinton’s arrest on 11 September 2016.

No more tar and nicotine info on packs