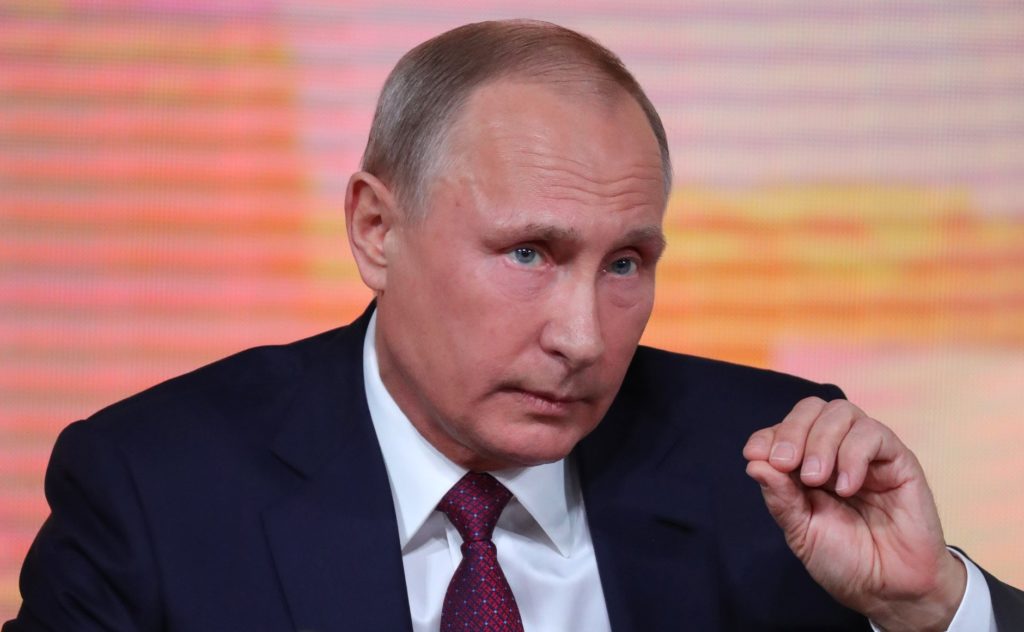 President Putin ahead of re-election presides over strong economy

Presidential elections on 18 March 2018 are often critisised by mainstream western media as incumbent president Vladimir Putin is seeking a forth term. But, same media does not have a problem with vouching a forth term of Angela Merkel as German chancellor.

Double standards also apply to analysing the economic situation of Russia. Generally, Russia is standing tall with almost no state-to-GDP debt and solid growth figures that are unrivalled despite western sanctions over the Crimea – controversy.

On global level Russia managed to stabilise it’s position by an improved investment climate and many innovations as Yaroslav Lisovoly, chief economist at the Eurasian development bank EABR wrote in December 2017. Russia even advanced in exporting goods outside of the natural resources sector, such as agricultural products.

In the World Economic Forum’s 2018 GCI index composed of 12 areas reaching from education and health care to financial markets Russia is holding now the remarkable position 38 before Poland, Portugal and Italy (a G7 nation).

Instead of recession that followed the sanctions Russia seemed to have used these challenges for innovation and re-investment into it’s own economy while still expanding it’s gold and foreign currency reserves that exceed those of the United States of America by 440 billion US-Dollars.

While the U.S. is over-indebted by 118% towards GDP, Russia accounts for merely 13% of state to GDP debts. Even Germany violates it’s self-imposed 60% – deficit rules by 76%.

Unemployment rates are decreasing while consumper spending increases. When in 1997 the Rouble crisis depleted savings nowadays citizens enjoy a steadily increasing savings rate and climb up the property ladder.

All the above should be considered when analysing the Russian electorate’s mood as most voters have reason to look hopeful into the future.

IS not Islam but a conspiracy

Did a right wing conspiracy of the military-industrial complex in the US and Israel create ISIS?   by Ralph T. Niemeyer   Not all…