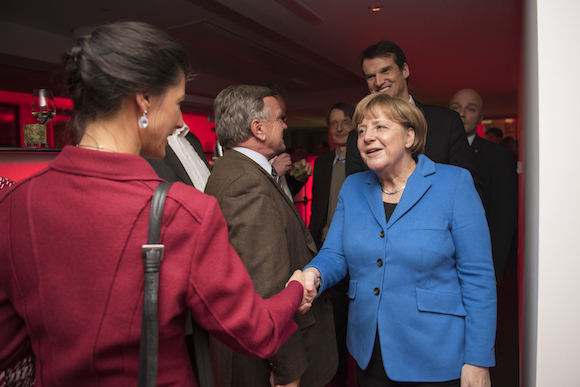 Mainstream media in Germany is once more throwing sand into citizen’s eyes. First of all it is not true that the planned “Jamaica” coalition (featuring the colours of the carribean state) composed of Mrs. Merkel’s christian-conservative CDU/CSU (black), the Liberal Democrats of F.D.P. (yellow) and the centrist Greens was the only alternative to a continuation of the immensely unpopular ‘Grand coalition’ of CDU/CSU and Social Democrats (SPD) traditionally in red. Other options are also possible and may become thinkable now.

1. “Ghana” – coalition of Red (SPD), leftists (also Red), Greens and Liberals. Probably these parties have more in common than the Jamaica-partners would. Chancellor would be Martin Schulz, leader of SPD.

2. “Bahamas”: a minority government of CDU/CSU and Greens who seemed to have fallen in love with each other as CDU is already as junior partner in government in Germany’s center state of SMEs and car industry Baden-Württemberg, tolerated by ultra-right wing parliamentary newcomer Alternative für Deutschland  (AfD) in blue.

Although traditionally there were no minority governments in modern Germany so far, it would be possible as the constitution only requires an absolute majority of 51% for the election of a chancellor in the first two rounds.

If the candidate proposed by the federal president fails to win such, the field of candidates is opened to any German citizen eligible to vote. The candidate who won most votes in a relative majority has to be appointed by the president within 7 days or new general elections have to be held within 60 days which, polls suggest, would only make rightist neo-fascist AfD strong.

But, in the end the Liberal Democrats walked out and one heard Greens later accuse them of trying to topple Mrs. Merkel. Logic, the Green’s negotiators Katrin Göring – Eckardt, former chairwoman of pro-US thinktank “Atlantikbrücke” and Jürgen Trittin, a member of the russophob “Bilderberger-Group” distasted F.D.P. chairman Christian Lindner’s open support of Russia by recognising Crimea to be Russian territory.

So it would be possible that leader of leftist opposition party Die Linke, Sahra Wagenknecht, who is unlike her socialist party highly respected even by rather burgeoise voters for being an extraordinary intelligent economist, in a secret ballot would indeed win a relative majority.

Social democratic contender Martin Schulz instead is becoming weaker every day as the right-wing of his party is plotting against him as he dared to vow to renew the party also in it’s ranks and files breaking openly with former Chancellor Gerhard Schröder and his infamous labour market reforms that many polls show are responsible for the decline of SPD from 40% to 20% in only 12 years.

At least in it’s pro-Russian stance Mr. Lindner who is also a member of “Atlantikbrücke” and Mrs. Wagenknecht would have common ground.

A Comment by Ralph T. Niemeyer   For many years, German public Sparkassen and Landesbanken had a bad reputation, as they were branded…