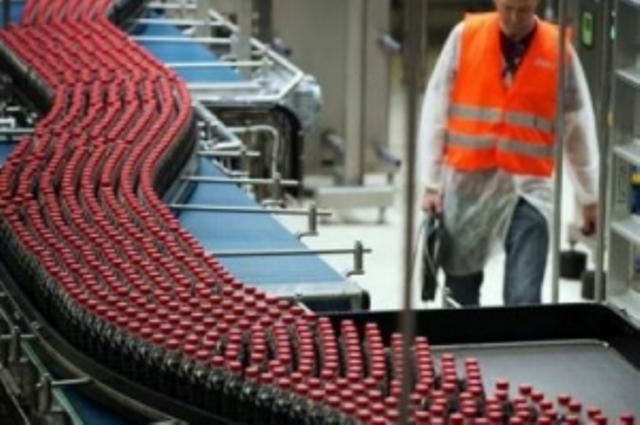 We are what we drink –  will soft drinks fade out at schools across the EU?

The European soft drinks industry says that it will voluntarily cease sales of drinks containing added sugars to secondary schools across the EU.

The pledge expands the industry’s existing policy – first introduced in 2006 – not to sell any beverages in primary schools nor advertise any beverages to children under 12.

The commitment will be introduced across the 28 member countries with complete implementation by the end of 2018.

From then, member companies of UNESDA, the trade body representing the soft drinks industry, will provide only no- and low-calorie soft drinks to secondary schools.

UNESDA estimates that the move will affect more than 50,000 secondary schools and over 40 million young people across the EU.

The expanded school policy is, says UNESDA, “the latest milestone” in the European soft drinks industry’s efforts to contribute to prevent obesity.

UNESDA – whose members produce brands including Coca-Cola, Fanta, Lipton, Oasis, Orangina, Pepsi, Schweppes and Sprite – is the only EU sector to have committed to such a sugar reduction and the move was widely welcomed by stakeholders.

UNESDA president, Stanislas de Gramont, CEO of Suntory Beverage & Food Europe, said, “As an industry we are firmly committed to responsibly serving consumers of all ages across Europe, and are pleased to announce we will be voluntarily removing sales of drinks containing added sugars from all schools across the European Union.

“This new initiative further strengthens a successful existing policy which has been comprehensively implemented throughout primary schools over the last decade and will ensure our industry is not providing drinks containing added sugars to young people during the school day.”

The initiative, says de Gramont, responds to the changing food environment and acknowledges that special care is required in schools.

The soft drinks sector has, said de Gramont, taken a lead in responsible policies in schools and towards children: for over a decade UNESDA members have not advertised any of their products to children under 12 and soft drinks have been completely taken out of primary schools.

In secondary schools the industry ensures that whenever soft drinks are provided directly they are made available in agreement with school authorities and parents.

Further comment came from Dan Sayre and Nikos Koumettis on behalf of the Coca-Cola Company in Europe, who said, “Removing sales of added-sugar soft drinks from secondary schools across Europe is the latest significant step that our industry is taking to help people of all ages make informed and responsible beverage choices while creating healthy food environments for children and adolescents.”

Independent, third party auditors, such as PricewaterhouseCoopers, will monitor compliance and the results will be shared with EU authorities and food industry peers.