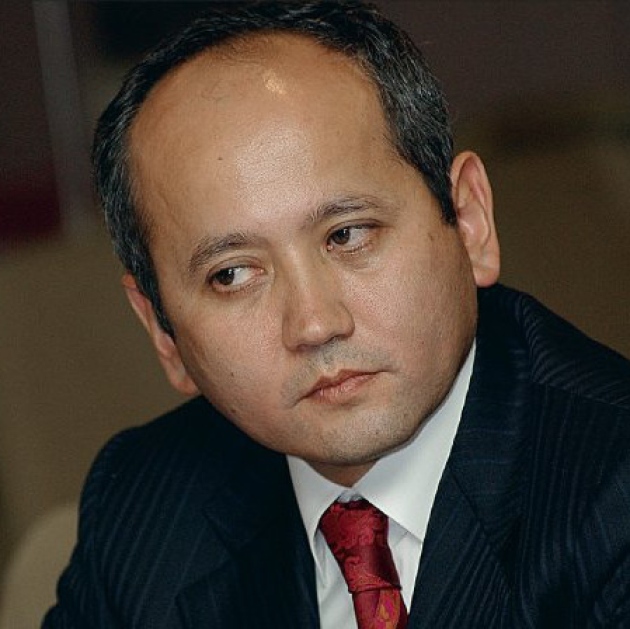 Mukhtar Ablyazov, on the run with $ 7.5 billion, must have been helped

One of the most colourful figures on the international stage at the moment is Kazakhstan’s high profile fugitive banker, Mukhtar Ablyazov. He is considered by many to be nothing less than a financial genius, and under his expert guidance the Kazakh BTA Bank became the leading bank in the CIS. With his assistance, however, BTA was also to become one of the first major banks of the former USSR to come to ruin under the tutelage of its owner.

Ablyazov is unique not just because of the money that was allegedly purloined, but because he appears to have managed to legalise it in Europe.

Mukhtar Ablyazov, in Ukraine, Russia and Kazakhstan, has been charged with embezzlement of $ 7.5 billion from the BTA Bank, and in no less than four states he faces allegations of money laundering.

But if the allegations are true, such things could rarely be achieved without help and patronage, and in this context his companions are indeed worthy of scrutiny.

The brightest of them is the head of the Public Foundation “Civic activity”, Muratbek Ketebaev.

One of the Soviet era’s “Gilded youth”, he was born into the influential family of the minister of household industry of the Kazakh SSR. Using his father’s connections, he was to become Deputy Minister of the economy of Kazakhstan.

Having failed to shine in this post, he lost his job in somewhat ignominious circumstances.

Ketebaev was to go on to become one of the main agitators in an attempt to overthrow the constitutional system during the tragic events in the Kazakh city of Zhanaozen, an episode in which more than 100 civilians were to lose their lives.

Ketebaev is regarded by Kazakh law enforcement agencies as Ablyazov’s closest assistant, as well as being his deputy where ideological matters are concerned. He appears to have controlled the oligarch’s “PR” budget, and may well have collected compromising materials on his business partners.

Ketebaev has form: he was once detained in Spain at the request of Interpol, although he was released from custody, and then he moved to Poland, where he is believed to be to this day.

Among the supporters of Ablyazov, his many relatives appear often in this narrative.

The most important is the controversial former mayor of Almaty, Viktor Khrapunov, who’s son Ilyas is married to Ablyazov’s daughter, Madina.

Khrapanov and his family currently live in splendid exile in Switzerland.

Ukraine is currently requesting the extradition of Ilyas Khrapunov, in connection with  the alleged organisation of the hacking the database of a law firm representing the interests of BTA Bank, which had previously belonged to Ablyazov senior, and with whom his legal problems are related.

In the United Kingdom, a judgment in the Court of Appeal in London has ruled in favour of BTA, based on previous findings in a series of global legal proceedings against Ilyas Khrapunov and the bank’s former chairman Mukhtar Ablyazov.

The case began when auditors PricewaterhouseCoopers identified a $10 billion hole in the bank’s balance sheets, leading to allegations against Abylazov and Khrapunov.

BTA has launched global legal proceedings against Ablyazov and his associates, at the High Court in London, seeking to recover allegedly misappropriated assets.

V.Khrapunov himself was under investigation by an American Court, which has  investigated the case of the laundering of Kazakh funds involving M.Ablyazov, through a dummy corporation opened by V.Khrapunov in the USA which appears to have been actively buying real estate there.

Interestingly, and, it appears, inexplicably, Ilyas Khrapunov and his wife Madina received the status of diplomats representing a Central African Republic in Geneva: a similar passport is in the possession of the wife of M.Ablyazov.

As an aside, another relative, Syrym Shalabayev, the brother of M. Ablyazov’s wife, fled to Lithuania during the trial in London.

The authorities of Lithuania detained Mr. Shalabayev at the request of Interpol. He was charged with the fact that he, along with M. Ablyazov and others, appropriated property worth several billion US dollars in Kazakhstan, Ukraine and Russia. However, he was then released and granted asylum.

It’s strange that Vilnius did not have any claims to Shalabayev, despite the fact that four countries (Kazakhstan, Russia, Ukraine and the United Kingdom) would rather like to place him on trial. He has already been sentenced by the High Court of London to 18 months of imprisonment for contempt of court.

Why is it so easy for M.Ablyazov and his associates to gain political asylum?

Because he has reinvented himself as the voice of opposition to the current Kazakh leadership.

However, he modestly keeps silent about his exploits in his homeland. He appears to have found a supporter in this in the Polish-based Open Dialogue Foundation, which devotes its activities to human rights issues in post-Soviet territories.

This fund is currently managed by Ukrainian Lyudmila Kozlovskaya, a young woman who once challenged and defeated the candidate for the post of President of Poland Bally Mazhets, and who for many years actually opposed the presence in Poland of “Open Dialogue”, and also Warsaw’s position on the protection of M. Ablyazov’s interests.

Many of Ablyazov’s associates, whom he once took abroad, have now voluntarily returned to their homeland, many having now given testimony against him in court, most notably the former first deputy chairman of the Board of BTA Zhaksylyk Zharimbetov.

“Mukhtar Ablyazov intimidated, punished, threatened or set people at loggerheads… everyone knows that Ablyazov ran the bank personally” Zharimbetov is reported as saying in court.

Former senior manager of the BTA Bank, Yerzhan Kadesov, also returned from Hungary to Kazakhstan. He appears to have acknowledged some guilt, giving detailed testimony about the circumstances of the theft and laundering of BTA funds by Ablyazov, and the organisation of the export of bank employees and controlled companies from Kazakhstan to prevent testimony against him.

It’s the retinue that makes the king, and amongst the retinue of Mukhtar Ablyazov there are few who could be credited with having risen to prominence for their honesty and incorruptibility.

It is worrying that European politicians and media are prepared to defend such ‘victims’ without examining them beforehand.

The European Parliament should consent to a trade deal with the US only if it makes no reference to data protection, says its Civil…