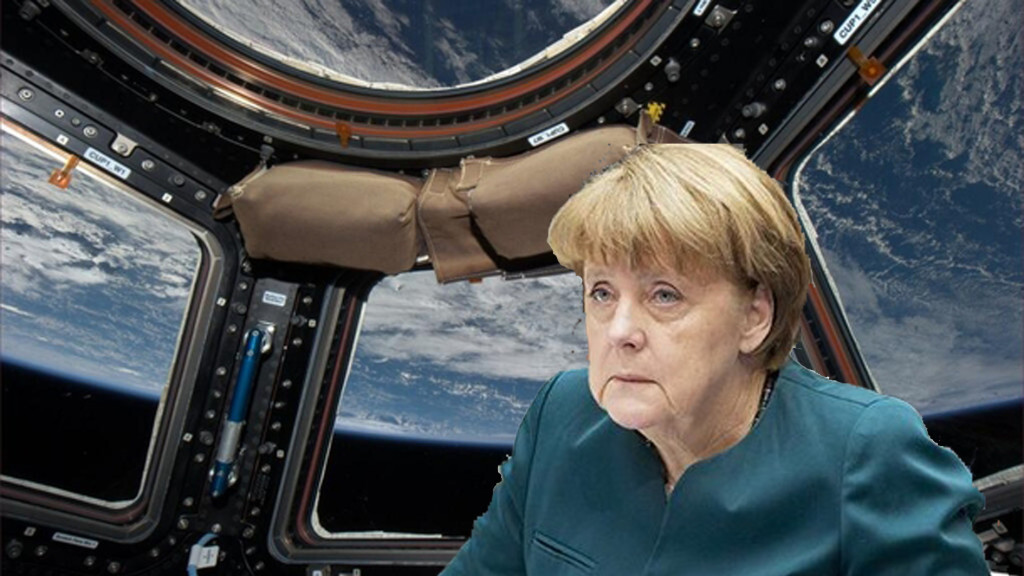 German chancellor Angela Merkel celebrates a blackhole as success
A Comment by Ralph T. Niemeyer
In Germany these days publicists of mainstream media and politicians of conservative parties all appear as if they were suffering from premature ejaculation citing a new era in which leftists have to distance themselves from violence and stand by democratic principles.
It is hard to establish what German chancellor Angela Merkel is thinking made the G20 summit of Hamburg a great success. Maybe it is the fact that 18 leaders plus the EU Commission and US-president Trump agreed to disagree on what industrialised nations refer to as “Paris climate change accord” whereas many developing nations would rather brand it as neo-colonialism.
In fact, Mr. Trump got a point in so far as it is true that CO2 should not be the biggest concern when it comes to reasons for “Climate Change”. Our planet’s ‘air’ consists of 78% Nitrogen (N), 21% Oxygen (O), 1% noble gases and 0,038% CO2 of which 96% nature produces itself, in other words 0,00152%. According to environmentalists Germany accounts for 3.1% of these, so one could say that Germany, one of the world’s highest industrialised countries, influences the planet’s CO2 level by 0.0004712% but is willing to commit 50 billion Euros for that.
Or is it the general agreement between all participants to continue with their free trade agenda that critics cite as being neo-liberal and which any of the states can drop out if it considers it harmful to it’s own economic interests? Again, it looks that rather Mr. Trump set the tone and not Mrs. Merkel. TTIP is dead anyhow, CETA troublesome and JETA more than 12 miles away.
So has it been worthwhile to blow almost a billion euros kind of within 48 hours in Hamburg?
Yes, a bit sarcastically, one may say, it was worth it for what happened around it in the pretext and in the aftermath of the G20 summit.

Like in a coup d’état all leftists, socialists, communists, even social-democrats, anti-globalisation critics and green-fundamentalists were suddenly asked to distance themselves from violent crimes they have not committed. And, a bit like in the aftermath of the burning of the Reichstag in 1933 for which dutch communist Marinus van der Lubbe was made responsible by the NAZIs although it has been a typical false flag operation intended to manifest Adolf Hitler’s power by eliminating leftist opposition, nowadays social democrats and all leftists are under general suspicion. This is how muslims must feel for all the years after 9/11.

in 2008 at the G8 summit in Heiligendamm undercover police officers and members of the German domestic secret service, the so called office for protecting the constitution, infiltrated the protest camps that anti-globalisation activists and leftists had formed outside of the compound that was protected like a military base. Agent Provocateurs and their strategy to initiate violent attacks by otherwise absolutely peaceful demonstrators were discovered and the agents were fleeing to their colleagues in uniform.
Germany’s secret services have a lot to explain over the past years as they actively supported and even built up the Neo-NAZI-scene in eastern Germany in order to control it as they claim in parliamentary and court hearings over and over again. But, it is clear that most of the right wing terrorism known infamously under “Nationalsozialistischer Untergrund (NSU)” would not have happened without the active assistance and financing through state authorities.
And, also the islamist’s scene in Germany has been infiltrated by German secret services to such an extent that in any criminal court cases sooner or later the public has to be excluded because secret service undercover agents are called to the witness stand. Most prominent case has been the terror attack supposedly committed by Anis Amri at the Berlin Xmas market. It transpired in public investigations that not only was this terrorist known to police forces and secret services but even held in prison for several months while awaiting deportation. Then, he suddenly got released and put under 24/7 -surveillance, quite an expensive method to prevent someone from committing a crime in comparison to keeping him in prison or deporting him. A few weeks before his attack the surveillance has been ordered to stop although he was observed dealing with drugs which under any normal circumstance would put someone behind barrs for a long time in Germany.

Like in any other country, also in Germany the so called “deep state” is dictating it’s agenda to the official authorities and democratically elected parliaments and government.  Last weekend, said ‘deep state’ again was striking with massive false flag operations in order to discredit peaceful protests by infiltrating undercover agents dressing all in black in the way leftist “Autonoms” traditionally do. But, since 2008, the public secret service annual report acknowledges that there are also “Autonom Nationalists” who copy outward appearance and slogans of the leftists.

Traditionally, those right-wing groups are infiltrated by under cover agents who also initiate violent crimes thus serving a self-fulfilling prophesy.
This video shows how these undercover agents operated in Hamburg. After committing their crimes they changed cloths and dumped these. “real” autonoms would behave different and there were also eye-witness reports on NDR (part of Germany’s first TV channel ARD) that claimed that police was not even making attempts to chase the people who first smashed windows and petrol-bombed cars. One witness said, that he first thought that the attackers were police. Well, he probably couldn’t believe his own eyes but apparently that was the truth.
But, what about those who got arrested over the weekend? Most of them got released without charges as these were not brought within 24 hours after the arrest, the authorities claim although there has been overwhelming video footage of these attackers throwing concrete plates onto regular police forces from a roof, that should serve as evidence as also mainstream media wonders. Well, of course the state let’s his agents off the hook.

And, what is Mrs. Merkel saying to all this? As usual, nothing. Germany’s chancellor is once more waiting from which direction the wind is blowing and is letting all others burn their fingers when touching this topic.

In Hamburg, the deep state won over the flat state.

by Ralph T. Niemeyer It is hardly possible for any democratically elected leader to stand up against their power and it is impossible…