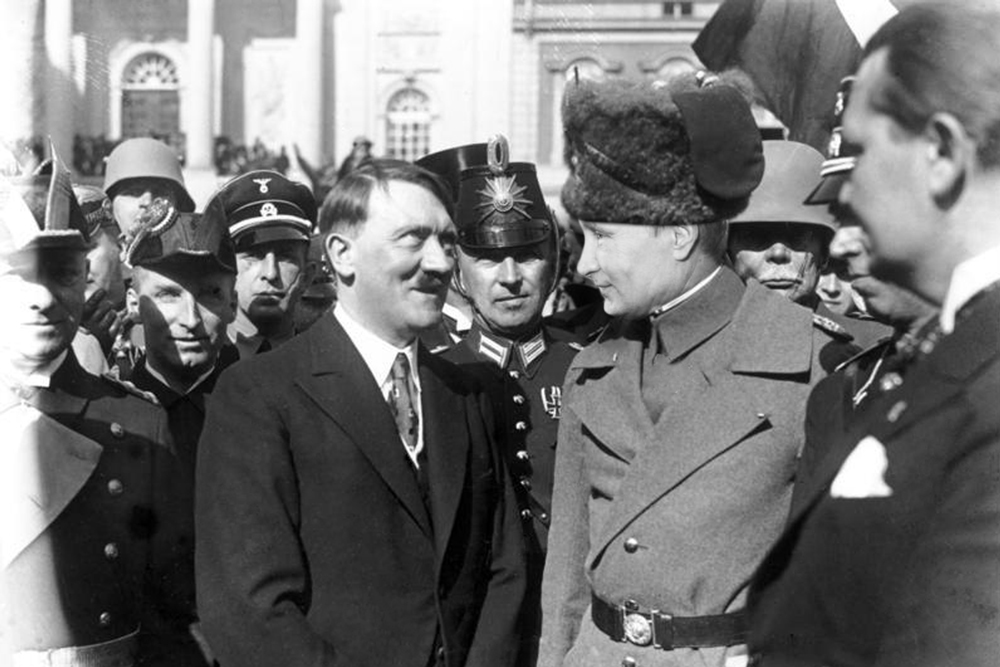 According to the CIA, elections that swept to power A. Hitler, were moneypulated by: V. V. Putin!

Barack Obama won the Nobel Peace Prize. To all those who criticised that it might have been premature one should point out that he in fact did make peace. With Hillary.

Politics in the US, most people would agree after watching this year’s elections, is purely about entertainment and not any ideology, philosophy or actual serious question of life or death.

In his last days of President of the United States of America, Mr. Obama used his executive powers for quite some remarkable moves. He ordered the concentration camp of Guantanamo to be shut down for good and pardoned Whistleblower Chelsea Manning. In another executive order he granted Edward Snowden free passage so that he could leave his Moscow exile and return home. He also once and for all told police officers to try to avoid shooting at black citizens who crossed the lawn in God’s own country. Oh no! That was only what I would have advised him to do if he wanted to create at least some legacy other being the first president of Afro-American descend since colour of skin or hair should not matter that much. Soon, the Americans will get the first orange president.

Luckily, the Land of the Free are a strong democracy based on the rule of law providing great civil liberties and equal chances for all it’s citizens irrespectiv of colour of skin, social and ethnic background, sexual orientation, and religious believes. The foreign policy is modest and their military doctrine absolutely defensive.

In North Corea people are being held in prisons and killed by traffic police every day. In addition, the death penalty is widely used against Afro-Coreans. And their president is the son of his father who was a brutal dictator himself for many decades who invaded Grenada, Panama, Iraq, Afghanistan killing 2 million people and supported the fascist junta in Ukraine by 5 billion US-Dollars while dealing and wheeling with Saudi Arabia in order to start a civil war in Syria. How mean can one be?! I am so glad, I live in the western hemisphere and in a peaceful democracy that respects human rights.

The North Korean dictators were spying over decades on everybody in the world by satellites and since the internet existed they also kept record of every peep and poop we leave behind as traces in our unsocial media life. They even wire tapped the mobile phone of German chancellor Angela Merkel! Ah no, blimey, that were the Russians! Yes, the bloody Russians, who also have a dictator as president just like the North Coreans. Imagine a country where the father has already been a president, and then the son, and then his brother tries to become a president as well. Or the wife of a former president. Unthinkable in our free western democracies! Mr. Putin, has a problem: he ain’t not have no son. That’s why he has to do the dirty job over and over again all by himself. Poor Mr. Putin!

It’s a tough life as dictator! But, in order to get it a bit easier for himself he was hacking into the American election computers to make the wrong guy president and from now on all will be fine and we can relax and see what 2017 will hold in store for us, just hope that the Lord will help us keep these bloody North Coreans and Russians at bay!

inspired by Hagen Rether & the Postillon

Will we let governments get away with it that easily?! An analysis by Ralph T. Niemeyer  MAMA MIA! Crowded intensive care units. Unnerved doctors….