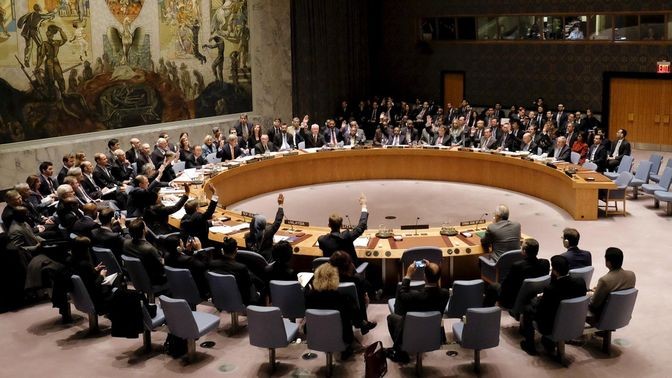 From Tonkin to Aleppo: US learnt that strategy to cover up war crimes had worked well

The official version of truth in 1964 read like this:
“On August 2, 1964, the destroyer USS Maddox, while performing a signals intelligence patrol as part of DESOTO operations, was pursued by three North Vietnamese Navy torpedo boats of the 135th Torpedo Squadron. Maddox fired three warning shots and the North Vietnamese boats then attacked with torpedoes and machine gun fire. Maddox expended over 280 3-inch and 5-inch shells in what was claimed to be a sea battle. One US aircraft was damaged, three North Vietnamese torpedo boats were allegedly damaged, and four North Vietnamese sailors were said to have been killed, with six more wounded. There were no U.S. casualties. Maddox “was unscathed except for a single bullet hole from a Vietnamese machine gun round”. (Wikipedia)
“It was originally claimed by the National Security Agency that a Second Gulf of Tonkin incident occurred on August 4, 1964, as another sea battle, but instead evidence was found of “Tonkin ghosts” (false radar images) and not actual North Vietnamese torpedo boats.”

In 1995 the former US Defense Secretary Robert S. McNamara c onfirmed to me that the August 2 USS Maddox attack happened with no military reaction, while the August 4 – Gulf of Tonkin – attack had never happened. In other words both have been so called “false flag” operations.
The outcome of these two incidents was the passage by Congress of the Gulf of Tonkin Resolution, which granted President Lyndon B. Johnson the authority to assist any Southeast Asian country whose government was considered to be jeopardized by “communist aggression”. The resolution served as Johnson’s legal justification for deploying US conventional forces and the commencement of open warfare against North Vietnam.

The secret groups pulling the strings behind the government of the United States of America are infamously known for their cover-up attacks and like in the case of Iraq where Colin Powell tried to convince the United Nations of a ‘smoking gun’ when citing cab-driver’s reports about former ally Saddam Hussein’s top secret program for “Weapons of mass destruction” again employ their old strategies nowadays in Syria.

Again, the showdown is set for the United Nations in New York. Russia shall be blamed, that is clear.
This time around some of the US’ 32 secret services construed a Syrian-Russian attack on an alleged “UN aid convoy” designated to reach the al-Qaida – controlled part of Aleppo.
The good news: The UN aid convoy has not been hit. It is safe and sound standing at the Turkish-Syrian border because the US and Turkey demand that the convoy be sealed and not inspected by Syrian officials. Since the convoy is destined to go to the East of Aleppo where the pro-American terroristic al-Nusra rebels have their stronghold, one might understand the Syrian government in this aspect.
Also the fact that Turkey has illegally invaded Syria and holds parts of it under occupation may not be helpful in this situation. Mainstream media in the Western Free Democracies are also silent about this fact.
The bad news: the aid convoy that had been attacked was of the so called Syrian – Arab halfmoon, the Red Crescent based in Damascus. It was Assad’s logistic so why would he bom himself?!
Mainstream Media of the Western Free Democracies ignores this fact completely and likes to maintain that “Syria and Russia attacked the UN aid convoy”. Today, the US and outgoing UN General Secretary Ban Ki Moon spoke of war crimes and demand a no-fly – zone for Syria.
Like in the pretext of the war against Iraq such no-fly – zone would only serve one purpose: to make sure that the pro-American “islamic terrorists” are being able to use human shields in form of civilians while any violation of the no-fly – zone would lead to direct military action by the United States of America.
And, like in the Tonkin – incident the US is trying to cover up their war crimes as effective as possible. Russian weapons were bought and delivered to the pro-American al Qaida rebel s via Qatar and Saudi Arabia.
But, closer scrutiny reveals that at the crime scene a US fighter-drone was found as well as a M65 tow missile system of the jihadists.

The BBC broadcast a video showing the alleged bombing of the aid convoy and commented that the attack had been conducted by fighter jets. But, first of all one hears on that video recording “Allahu Akbar“- shoutings which usually accompany celebrations of Islamists and Jihadists who watch the bombings they undertake. Furthermore, the BBC reports that there has been a helicopter in the air which threw firebombs before the fighter-jets came.

At the same time, the Russian military released a video showing a pick-up truck carrying a machine gun next to the convoy.
Proof for the Russian involvement is being construed also by showing images in Western Media of the destroyed storage hall of the Syrian Arab half moon where there is seen something similar to the Soviet bomb OFAB-250-270 that is actually being used by Russian airforce in Syria.

But, according to Cyber-Berkut, such bombs were recently sold by Ukraine to Qatar for triple of the usual price of 700 USD. The Gulf monarchy was willing to pay 2,100 USD for each bomb because of the urgency. Qatar previously had also bought Russian anti-airmissile systems from Ukraine and delivered these to the Syrian rebels.

For Washington it is an all-or-nothing – gamble now since the Syrian-Russian military strategy seems to be successful. The pro-American rebels are facing defeat and by this also the Obama-administration.
Mrs. Rodham-Clinton, if being elected president, might have a Déjà Vu when coming to the oval office: wasn’t ISIS one of her own fabrications as many of her formerly secret emails suggest? Then, she would be haunted by the monsters she created herself.

Syria, as bad as the Assad-regime might be, had implemented a few quite socialistic and emancipatory features which can not be bombed away by Islamists, jihadists and pro-American rebels. Socialism created resistance. Capitalism makes ridiculous.

StUKIP – 1 GB free now in EU or will Westminster ignore people’s will at 11th hour?   A Comment by Ralph T. Niemeyer…