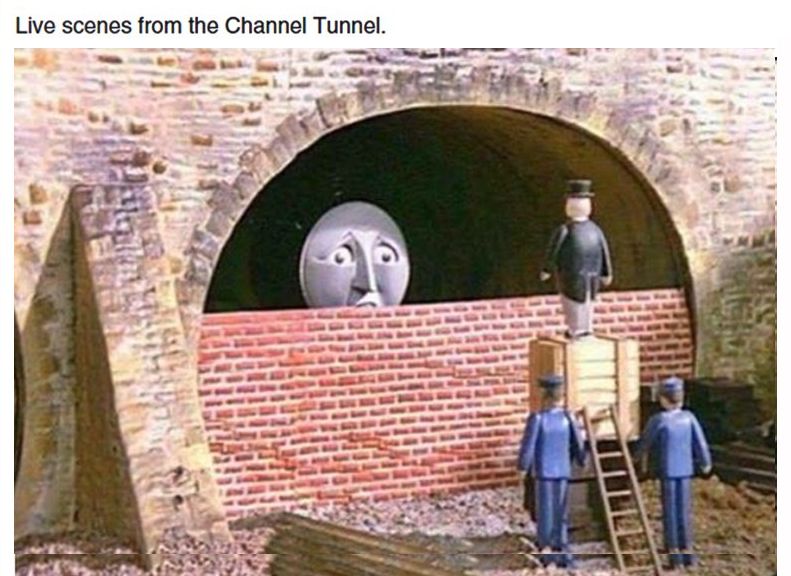 StUKIP – 1 GB free now in EU or will Westminster ignore people’s will at 11th hour?

The crocodile tears shed in Berlin and Brussels while urging the transitional government of what used to be Greatbritain to leave the EU as quick as possible reveal that 71 years after WWII the “Holy German Empire of European Nations” has won. The ‘United Kingdom of Greatbritain and Northern Ireland’ will soon be history, Queen Elizabeth II the last reign on that throne. Nigel Farage and his ‘UKIP’ called the 23rd of June to go down in history as “Independence Day”. But, who will be independent from whom?! Scotland and Northern Ireland from England and Wales. 12 years ago I predicted to Nigel Farage over a pint in the O’Farrell’s Bar, an Irish Pub at Place du Luxembourg across the European Parliament, that he would manage to achieve what Hitler had dreamed of: the splitting up of the UK. Now, it is rather the Irish Republican party Sinn Fein who is on the winner’s side undertaking steps for finally unifying ‘Emerald island’. And, on a rather funny note one should think about German Foreign Minister Frank-Walter Steinmeier’s tweet sending his staff to an Irish Pub to celebrate having “well-deserved pints”. Probably they could expect free drinks there.

Interestingly, the same EU-leaders who told Greek Ministerpresident Alexis Tsipras a year ago that he better ignored the people’s will expressed in the OXI-Referendum now tell the British leadership that they unfortunately are bound by the expressed will of the British people. And, German media deceitfully claims that the vast majority of young voters felt betrayed now. Well, truth be told, only a third of the eligible voters under 25 years of age had participated. Of that third, that is true, almost three quarters had voted to remain in the EU. Two thirds of young voters were simply not bothered at all with that question.

The EU is not Europe, although many of it’s protagonists always claimed it. They also like to speak of a Europe of the regions rather than nations. Only Germany and France do not want to hear that terminology, because in the ruling classes of these member states the nation state is indispensable. Germany is standing tall in the centre of Europe flexing it’s hegemonial muscles.

France is suffering from minority complexes towards post-unification Germany ever since and has every reason to mistrust their neighbour. My pen dropped out of my hand after at that time EU Commission President José Manuel Barroso told us at a press conference in 2007 that the EU was an unimperialistic empire.

Catalunya, Flanders or Veneto for instance will, if seperated from their home-states, do so only to protect the rich and their wealth. That is greedy and nationalistic. Ugly, because at the same time these richer parts of their countries will force the poorer into yet another corporate tax dumping competition.

When the population of Scotland will again be asked to vote on becoming “independent from Westminister”, one may ask who would benefit from it other than nationalists who satisfy their pride in trying to make the Battle of Culloden of 1746 forgotten. Clearly, the UK would not exist anymore and by this Great-Britain would suffer as a fractioned power. Influence in the EU would be diminished,  while yet another tax-dumping competition between mini-republics could empty pockets of states because the new legal entities fight over granting most favourable conditions for major corporations.

Already, the UK can’t match German economic output as heavy industries under Thatcher were outsourced to East Asia followed by shifting the IT business to India under Blair, making the nation rely more or less on the fraud-spinning wheel in “the City”. Some 67% of British GNP is indirectly dependent on financial bubble-building with more and more de-industrialisations hitting the UK’s domestic economy, leaving argicultur accounting for mere 1% of GDP.

Relevant funds are channeled through an organization known as BdN  to FUEV , which calls itself in English, ‘Federation of European Nationalities’ which does not quite meet the exact translation nor does it reflect the meaning of the German term Volksgruppen. Let me quote what the U.S. State Department wrote with good reason in 1943: “The ‘Volk’ (as the Germans again are defining it) is an obscure, compelling, natural entity, bound together by blood and common culture. It is entirely different from our notion of ‘people’, the social community of citizens having an open, conscious, and optional allegiance to a political union of their own making. The ‘Volk’ is rather conceived, on the one hand, as a natural organism and as such exerting a compulsory hold on the individual through blood relationship and, on the other hand, as a supernational being, imposing an absolute claim for loyalty and allegiance.” 

The Federation of European Nationalities is nothing else than an ancient German foreign policy tool, an organisation reflecting the NAZI policies of the twenties and thirties of the twentieth century, following the ideology of racists. Their aim was to let it supersede by a socalled European Centre of Minorities (ECM).
In fact, the FUEV support meant to employ the racist and fascist policy of the dark German past. And, indeed, Schröder’s claim for ‘continuity’ is also reflected in saying that “Germany calls itself a Great Power again,” as well as former Chancellor Kohl’s presumption that “Germany has concluded from its history that it may now openly demand a leading role in world policy.” 


The German media reflected proudly that the “ethnic principle of minority and folk group protection can be successfully implemented, not only in Europe but also in Asia.
In order to find a way to Europeanize the method of disintegration, and let it appear independent and worthy of support as it claims to be, multinational, European and helping to overcome the division of the European continent and its nations as every European Institution for a while had a positive image, the European Centre for Minorities indeed developed an image of a caring institution understanding and supporting the minorities in a good way.
In fact, the ECM (European Center for Minority) issues have been founded largely by those German organisations which don’t even try to hide their roots in/from the Third Reich.

Now, there have been hints that also UKIP received funding from FUEV and ECM, likewise Front National, but there is no conclusive proof in form of documents but credible information from insiders. One hint of meddling with finances can be seen in Marine Le Pen’s reaction to my question about the hidden UKIP support for Front National that transpired from our investigations. Clearly, Mrs Le Pen is a good lawyer, her answer proves that, but can she wipe away those conspiracy theories that she and UKIP were financed by Moscow and Berlin?

It would be awkward for the UK to surrender 71 years after WW II in Frankfurt by splitting up it’s fragile economy and by this the Pound Sterling.