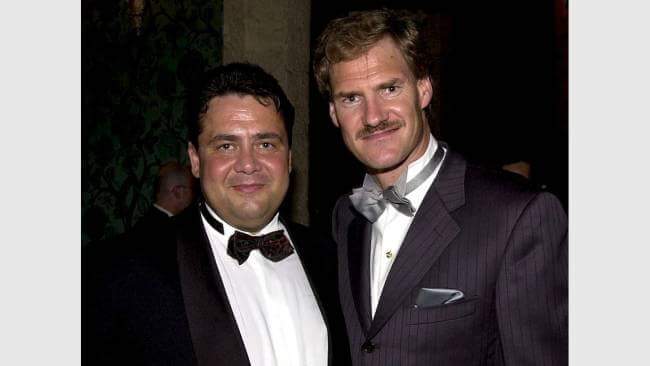 The coup by the United States and Germany to become the leading offshore tax havens has worked out remarkably well. Initiated by US based foundations of “ultra-rich high net worth individuals” (UHNWIs as Merril Lynch calls them), i.e. Rockefeller-,  Kellogg- and Ford Foundation as well as George Soros’ “Open Society” that finance the US-American “Center for Public Integrity” that channels funds to the self declared “International Consortium for Investigative Journalists” tax havens under palm trees and in mountain resorts have come under fire, but not so the ordinary tax havens in the United States and Germany.

First, the US went after Swiss banks promting traditional money laundering institutions like UBS or the Rothschilds to set up shop in Reno, Nevada. Now, Panama which had been set up out of the 900 miles from US-border-zone by mainly US businesses and investment bankers because the state uses the US-Dollar as legal tender and is truly “offshore” from the US’ tax authorities, the IRS,  point of view is being hit.

Most prominent legal tax avoider has been Rockefeller himself almost 100 years ago.

Now, the US are attracting the rich and glory from around the world who used to reside in Switzerland, Liechtenstein, Virgin Islands, Bahamas and Panama. But, also Germany, under the social-democratic – green coalition government of Chancellor Gerhard Schröder advanced rapidly as a legal tax haven for major corporations and ultra rich. Schröder decided to lower the corporate tax rate citing competition from other EU member states such as Ireland. Soon, the Irish corporate taxes were higher than those in Germany.

And, rich individuals in Germany do not have to fear being exposed by media since the Schröder – government abolished the statistical measurement of wealth of the top one per cent of society. So Germany is the perfect place for rich enjoying privacy.

It became obvious that the tax- and financial supervision laws had been the idea of a personal friend of Mr. Schröder: Carsten Maschmeyer who had been the biggest donor to Mr. schröder’s camapign in 1998 supporting him by a record 1 Million Deutsche Mark. In exchange Chancellor Schröder lowered the German pension level forcing millions of Germans to sign up for private insurances offered by Mr. Maschmeyer.

And, also Mr. Schröder’s successor as chairman of the Social Democratic Party (SPD), Germany’s Economic Minister and Vice Chancellor Sigmar Gabriel has been in the circle of friends of Mr. Maschmeyer who sold his business years ago and resided in Switzerland. he had understood that there was no need for him to flee to Panama.

A real NGO, “Tax Justice Network”, disclosed in 2015 that in the worldwide ranking to attract tax evaded capital Panama is only holding place 13, after Switzerland, Hong Kong, USA, Singapore, Cayman islands, Luxembourg, Lebanon, Germany, Bahrain, United Arab Emirates, Macao and Japan. The UK is on place 15, surrounded by classical havens such as Jersey and Guernsey.

Soon, the US and Germany will hold positions 1 and 2, entirely legal, of course.

by Ralph T. Niemeyer In order to understand what drives President Putin, it may help not to think of him as crazy, megalomaniac or…