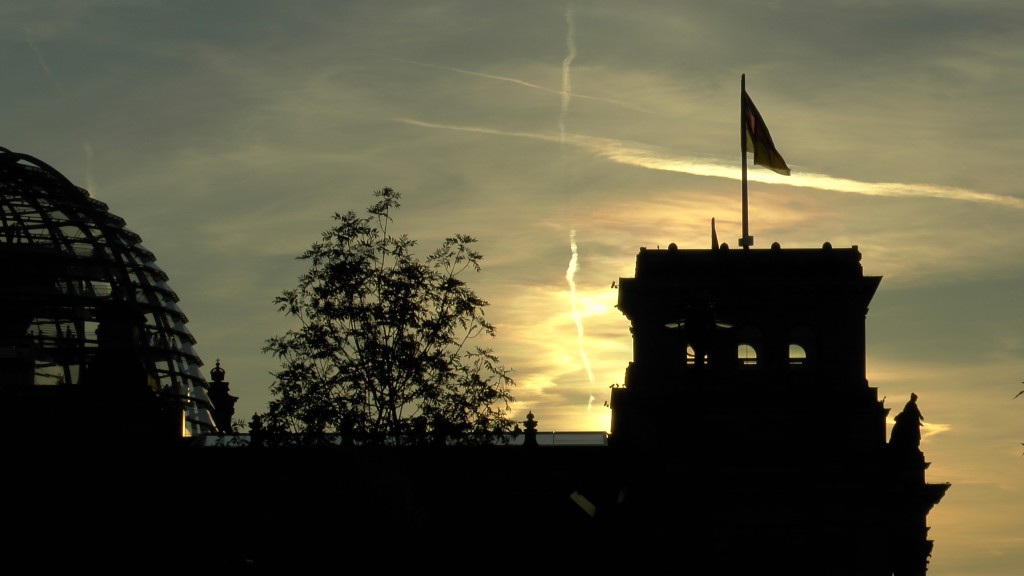 It has been merely a month since German Chancellor Angela Merkel has won an extraordinary 97% vote for her chairwomanship of the German Christian Democratic Union (CDU), the ruling conservative party for many decades in postwar Germany that Mrs. Merkel slowly but surely managed to make the most dominant centrist party by eating from the Social Democrat’s plate.

Before her re-election as party leader at the CDU’s national conference on 4 December 2015 in Karlsruhe, Mrs. Merkel had to endure fierce criticism from inside her own ranks for her liberal stance in the “refugee-crisis” that brought about a million refugees from war-torn Syria but also northern and even central African states to Germany. But, after the party conference at which Mrs. Merkel managed to silence her critiques, frustration among more conservative members of CDU and it’s Bavarian sister party CSU that usually is more distinct leaning to the right culminated behind the scenes.

As usual, it took Mrs. Merkel a few days to analyse the situation and then come out with a complex statement into which, also as usual, everyone could read into whatever she or he liked, that culminated in her assertion “Wir schaffen das!” (i.e. “we will manage”) thus inadvertently inviting kind of the entire world to come to Germany.

At least this was the reading Mrs. Merkel’s foes were taking. The phrase is likely to become the one-liner defining her entire chancellorship although she already a few times specified what she really meant: that of course Germany will not collapse under the influx of foreigners that indeed the majority of Germans in the summer months welcomed by “Willkommenskultur” especially by many thousands of citizens volunteering to help where the authorities were unable to pay attention to individual needs of those seeking shelter.

It has been, of course, a question of time when the emotional feel-good-syndrom of Willkommenskultur would ease off and a more pragmatic and realistic view would prevail among citizens who also suffer from the lack of affordable housing and lucrative job-offers. Soon, right wing groups such as PEGIDA (“patriotic Europeans against the Islamification of the Occident”) sprung up again like mushrooms and cited an import of terrorists by Mrs. Merkel’s gestures that were seen as opening of her arms.

Now, since the night of 31 December 2015 everything has rapidly changed in Germany. A mob of supposedly northern African and Arabian migrants of which some were allegedly reported to be refugees that only came to Germany in the very recent months, has been accused by more than 120 women to have sexually assaulted them in vicinity of the Cologne main train station near the dome while police was onlooking because of fear to further escalate the situation that could have led to deaths, as the police spokesperson said before he resigned amid political pressure.

The images of chaotic scenes of that night went around the world and reminded many observers of the hooligan – stand-off almost two years ago that left the police in Cologne also look unprofessional. Later, after the death by natural causes, of the leader of the hooligan – scene it transpired that he had been a secret agent for the German office for protecting the constitution “Verfassungsschutz”.

Mainstream media unaminously report that some “refugees” had shown their preliminary documents as asylum seekers tearing these in front of police officers shouting (in German?!) that “they did not fear police because Mrs. Merkel had invited them to come” suggesting that the next morning they would get new documents and could never be sent back.

Really, adult and even intelligent people in Germany do believe such stories. But, isn’t it hard to believe that a person who fled from bombing, torture and hunger had nothing else to do but to attack women and police officers in his host country?

The chuzpah German authorities have when contradicting themselves is unrivalled: Justice Minister Heiko Maas, a “Social Democrat”, claimed that the events in Cologne, Hamburg and other German cities had been orchestrated thus feeding the theory that a secret service conspiracy was behind it, which sounds likely especially when one considers that like in the terror-attacks in Paris and Brussels security officials say that they had known the suspects for a long time. Also the German authorities claim to have known the attackers over a long period of time as kind of the “usual suspects”. Nevertheless, none of them are behind barrs, probably because they have some kind of deal with police and or secret services.

How stupid do German authorities and media think citizens are? All in all, the official version does not add up and sounds like a conspiracy theory.

On the other hand: would any IS-terrorist really risk his life by coming across the mediterranean to Germany in order to commit a crime? Or would such terrorist not rather be smuggled in by structures such as IS or CIA?

Germany has a long history of such Agent Provocateur – attacks. Since the Weimar-Republic undercover police always infiltrated political movements. The latest and most striking story of that kind came to light in lieu of the investigations into the murders conducted by the Nationalsozialistischer Untergrund (NSU), a fascist organisation killing more than 10 migrants and a policewoman in the early 2000s. Verfassungsschutz not only had knowledge of the crimes but also supported the terror group financially. When parliamentary inquiries pressed officials of the secret service to release information it was found that bureaucrats had shreddered the relevant information just like any dictatorship would do.

The public debate in Germany following the dreadful events in Cologne indeed turned spooky when suddenly Mrs. Merkel decided to urge prosecutors to use their full legal authority to force asylum-seekers who had been found guilty of an offence (not necessarily a crime under German criminal code) to be deported although this would violate the UN conventions on refugees. In the meantime, reporting on the Sinking of Wall Street in the wake of the Chinese bubble bursting as the BBC reports it, does not play any role in German media.

Nobody these days in Germany’s political arena dares to ask the most relevant question: whether among those refugees who came to the country in the recent months maybe there were some terrorists guided by some foreign secret service to create turmoil in Germany by giving all migrants and refugees a bad name by harrassing women in public places in front of cameras and under the eyes of the police.

The reaction by political leaders from conservatives of CDU to Social Democrats and Greens is amounting to a race in demanding the radical change of civil laws while putting fundamental human rights into jeopardy just as if the Reichstag had been set on fire.

Within a few days, Mrs. Merkel has been brought in line with what ultra-conservatives had demanded from her but could not push through against her popularity. That’s what one would call a coup d’état.