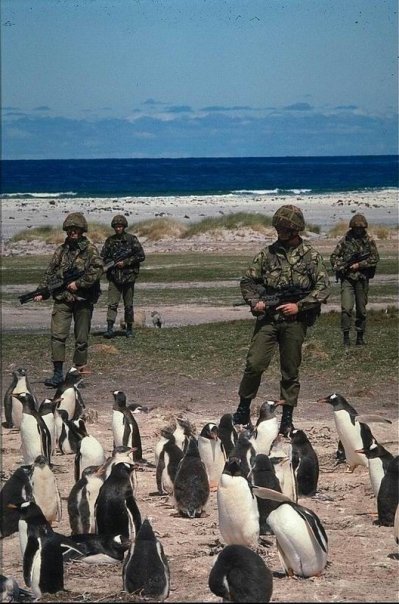 Yet another scam by rich countries to steal from poor?!

Climate Change will not be countered successfully if we continue to exploit Earth as we currently do. On the other hand it is difficult to convince people in the rich part of this world to cut down on their standard of living. It is like making people follow a religion or introduce Communism by appealing to be good to eachother and to nature. At the same time it is impossible to tell developing or rather aspiring societies not to copy the western capitalistic model based on the growth-paradigm and to grow not that fast although for the past 50 years we taught them that growth was everything.

While the rich north of planet Earth is creating the Climate Change – Myth by letting it appear that if mankind just became aware of the dangers of Climate Change one could negotiate an exit strategy the nuclear industry is getting excited about it’s revival claiming to be emission-free which of course is another scam as we all know immediately when looking at the unsolved problems we have for the next 1 million years with 167 millions of tons of nuclear waste.

On the other hand, developing nations and emerging economies are also not willing to sacrifice their potential growth by accepting a  so called “carbon – trade” the rich countries invented as if one could dump emissions from one side of the planet to the other side of the same planet and by this get a clean bill of health. That is yet another neo-colonial scam.

It comes along like a joke when one sees Bill Gates and Barack Obama present the Climate-Initiative “Breakthrough Energy Coalition” founded by 27 Ultra High Networth Individuals (“UHNWIs”) as Merril Lynch refers to people like George Soros, Jeff Bezos and Mark Zuckerberg, pledging to invest into research and development of clean and safe energy which Bill Gates is celebrating enthusiastically under the applaus of mainstream media in his blog Big Win for Cheap, Clean Energy.

But, Bill Gates is also controlling “Mission Innovation” in which 20 states, among them Germany, agreed to pledge more public funds into the research and development of clean energy while the software-UHNWI in reality has invested with his foundation that he formed a while ago, just like Mr. Zuckerberg did it a few weeks ago in order to save corporate taxes and do with his money what he wants, 1.4 billion US-Dollars into oil, coal, chemical and mining companies such as Anglo American, BASF, BHP Billington, BP, Chevron, Exxon, Glencore Xstrata, Conoco Philips, Petrobras, Rio Tinto, Shell and Vale, as the British Guardian revealed in March of this year.

Yet, Bill Gates is not standing alone with his highly questionable investment behaviour. Chairman of the Breakthrough Energy Coalition is Mukesh Ambani, owner of the biggest Indian corporation “Reliance Industries” that calls Oil it’s main area of business. Mr. Ambani got for himself and his family a skyscraper being built in the centre of Mumbai, the most expensive private house worldwide and gave his wife for her birthday an Airbus. One could argue that it is good to take these people on board when talking about reducing emissions, but how credible are they?

Other co-founders of the Breakthrough Initiative are top managers of hegdefunds, IT- and media businesses but also the richest man of Africa Aliko Dangote, owner of the biggest industrial complex in Nigeria, the Dangote Group which controls most of the gas-, oil-, steel- and cement business of the African continent. Outstanding is also Patrice Motsepe, richest South African who controls the mining company “Rainbow Minerals” that is specialised in gold, coal, copper and other metals. Zhang Xin and Pan Shiyi, founders of the Chinese real estate conglomerate “SOHO” are building gigantic shopping malls and business complexes, evading taxes by residing on the Cayman islands. Another interesting member is Ratan Tata, former owner of the Tata-Group that besides the car manufacturer also controls the “Tata Power” coal power stations, three of the major ones in India.

Another man never to miss an opportunity for a PR-stunt is of course Richard Branson, founder of Virgin-Atlantic Airlines, who ten years ago had pledged to donate 3 billion US-Dollars to fight climate change but has, as Naomi Klein researched, until 2014 only come up with 230 million which he invested into Biofuel made from palm and soy oil that leaves behind natural disasters because of the use of pesticides and leading to monucultures in many countries of the southern hemisphere but also destroys rainforests and savannahs while leading to land robbing and violence against indigenous farmers. Ultimately, it also leads to an increase of famine. Former USSR-president Mikhail S. Gorbachev warned in 2008 of the “Revolution of the Hungry” when I asked him about Bio-Fuel. Mr. Branson’s “Virgin trains” use 20% of bio-fuel to run it’s engines.

OXFAM published a study ahead of the Paris-Climate-Talks pointing out that the carbon footprint of the richest 10% of world’s population is accounting for 50% of the global emissions, while the richest 1% (like the Soros’, Gates’ and other “Breakthrough”-‘activists’ is 175 times more severe than that of the poorest 10%. Since the Copenhagen – Climate summit in 2009 the amount of CO2-billionairs has risen from 54 to 88 while their wealth exploded from 200 to 300 billion.

So how come that these UHNWIs are suddenly advocating the energy revolution? First of all, they will also make even more money if it ever comes. But, secondly, there is no need to worry as the Paris – treaty expressly says that fossil fuel will be used in the future and can also be used for a long time when it is possible to neutralise it’s effects. Well, to prove that this is possible should be a task for Volkswagen, I’d say.

Bill Gates quite openly was saying many times what he is really thinking of solar- and wind-energy: that it is ridiculous and the world will need in the next decades much more energy but one should not rely on the renewables. And, Mr. Gates is also playing the Mother Teresa – role in combining his efforts to fight against climate change with the fight against poverty saying that the new energy shall benefit the poor as well. The real beneficiaries will again only be the UHNWIs of “Breakthrough” who will sell their shopping malls and a lot of cheaply produced superfluous industrial trash to also those who go hungry in this world.

But, Bill Gates also favors nuclear energy. While today 22% of the global electricity is being produced by renewable energy and 10% by nuclear power Mr. Gates became co-founder, main shareholder and CEO of the Washington based Terra Power corporation promoting non-Uranium – based nuclear power by using spent atomic fuel despite the fact that with that waste one also still would not know what to do. In any case, his “Breakthrough” colleague Mukesh Ambani is also investing into Terra Power while Richard Branson is praising nuclear energy in the film Pandora’s Promise, a pro-nuclear propaganda film that Mr. Branson produced for the US-Think-Tank Breakthrough Institute that is promoting nuclear energy under the cover of Eco-Modernism.

Instead, we human beings ought to be dedicated to make the shift from wanton destruction of natural habitats, ruthless exploitation of Earth’s ressources and climatic calamity become a logic step to which clean, healthy, affordable Water is the key as it stands unlike anything else for human rights, peace, freedom and democracy.

Yet, that is the reason why imperialistic wars that previously had been faught over oil and gas ressources in the future will increasingly often being faught over water as the only commodity that can not be replaced.

As long as 6 of the ten major multinational corporations are oil and fossil fuel producers the introduction of alternative energy production or transport vehicles driven by clean and low emission motors will be an obstacle hard to overcome.

Instead, the motor industry will continue to defraud us by making us believe our SUV cars are lower in emissions than they effectively are. Likewise do we betray ourselves when thinking that our houses are better insulated than 20 years ago, but the size of them has on average basis doubled in many rich countries.

Meanwhile, icebergs are melting, polar bears drowning, penguins sweating. In Greenland one started to plant vegetables in the valley from where the glaciers are retracting. But: polar bears and penguins don’t like broccoli!

One should always become suspicious when Bill Gates, George Soros and Richard Branson advocate something because they invested already into Biofuels that will end in Eco – Fascism! It becomes clear once more that Capitalism can’t fix the problem as it is based on a System that records destruction and wars as Growth.

If a System produces only for Profit and not actual demand it can only be kept alive by ever quicker turnover, enourmous amounts of trash, Growth at any cost, but if that is the only way to keep our present economic system alive, we should rather question it, now.

Will “Occupy Deutsche Bank” celebrate an even bigger comeback?!   by Ralph T. Niemeyer During the crisis, Deutsche Bank AG has once again reported…