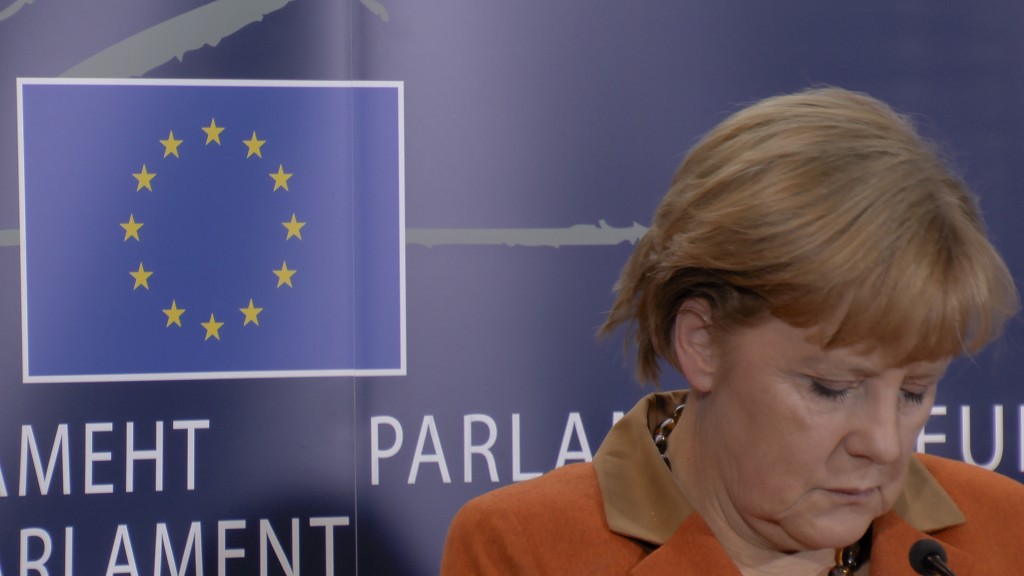 The European Union (EU) is being brought to an end, one can feel, as all it’s promises are currently collapsing like a house of cards. Those of us who had witnessed the collapse of the Soviet Union and Eastern European Socialism in 1989 and 1991 will have frequently Déjà–vu experiences from now on.

Because of the failed immigration strategy over the past decades amid some neo-colonialistic attitudes towards African nations, tens of thousands refugees are being killed at the outer borders of the EU. A military response is as clever as Ceaușescu behaved in 1989.

Also the EU’s foreign policy bears some reminiscence of a collapsing empire. US-style coup d’états are not fashionable this side of the pond. The way the EU dealt with Ukraine can be compared with secret agendas the US are famous for when intervening in Chile, Nicaragua, El Salvador, Panama, Venezuela and other countries in their hemisphere.

But, why shall we copy such an anti-humanistic approach in Europe? Haven’t we learnt any lesson from WWII? Why are we ready to follow the US in their aggressive stance in our hemisphere? Why should the EU that President Obama’s administration privately is thinking of “fxxking” (state department official Nulan) let the US spit into our soup when dealing with Russia?

Isn’t it interesting to see that the countries that never invaded, attacked or conquered their neighbours, Russia and Iran, are being declared the biggest enemy of the US? Why is the EU not standing up against such ignorance?

Now, we are coming to the deeper reasons for all the above: finances. The ailing economic system of the US, the Anglo-American “business” model is based on fraud. Banks like Goldman Sachs, Nathan Meyer Rothschild, UBS, HSBC, Lazard Freres, Blackrock hedgefund and Deutsche Bank imposed their fraudulent High Yield Trading Programs bearing hundreds of percent interest per year guaranteed by Credit Default Swaps onto Greece.

Of course the billions these criminal organisations were trading in Greece had nothing to do with the country itself that was never rich enough to participate in such gambling.

Once this financial merry-go-round comes to a halt the system collapses like all Ponzi-schemes. Because Banks from “the City” bribed local Greek banks and conservative government officials these participated and in the end managed to impose the privately accumulated debts by bailouts onto the shoulders of the Greek taxpayers.

Now, let’s do a bit of Myths-Busting: Greeks retire early and don’t pay taxes, is the most common claim by media in the UK and Germany. Greeks retire on average basis 1 year later than Germans, VAT is being charged at 23% (well above EU average! Exemptions for babby food and medicals etc) but the government doesn’t want to increase it unless they are allowed to charge a one time profit tax of 12% on gains above 500,000 €, not to speak of generally going after the 2000 oligarchs that own 80% of the Greek economy. Toika immediately shouted a load NO!!! when Tsipras and Varoufakis suggested that.

Pension average is 631 € a month while general linving costs are on level of Frankfurt, which is a bit lower than London. Of course one can’t cut pensions and increase VAT in such a situation without causing mass protests. And, in a society where the top and elites don’t pay their dues it is hard to demand it from the average citizen.

Another common phrase is that of the laziness in Southern European countries, but according to the OECD Greeks are working 42 hours per week while Germans only make it up to 35, British 36. One may debate, of course, that productivity is lower, but that rather poses as an argument for more investment into industrial production and infrastructure.

So if one really wanted to criticise the Greeks one did better review the Anglo-American “business” model. Also the UK is in trouble big time since hardly anything is being produced there worth mentioning. Industrial production is at an all time low, 2/3 of British GDP is more or less directly dependent on the Casinos in “the City”.

When Iceland kicked international “investment” banks out and jailed the bankers and politicians responsible for the default, this has been the model Greece should have followed back then, too. Instead, the corrupt political elite accepted that the debts created by private banks were imposed onto the state.

For the first time a non-corrupt government in Greece looked through the system and understood that the debts were artificially created in order to make pressure on the government to privatise the last remaining lucrative industries owned by the state. Not a single cent should be paid by the Greek government and don’t use the term “pay back” as it would imply that the Greeks were being given anything and would have to give it back. That is absolutely wrong.

But, the fraudsters in New York, London, Zürich, Frankfurt and Paris managed to bribe corrupt governments to issue state bonds that were underlying the tradings. Once the Ponzi scheme of Rothschild, Lazard, Goldman, Blackrock, UBS and Deutsche collapsed as all chain-letter-schemes do after a while, the debts these masters of the universe created were imposed onto the Greek state.

It took two other corrupt Greek governments to accept these artificially created debts and negotiate not about it’s legitimacy, but over terms how to repay those by privatising the only profitable state assets while going with the chainsaw through the social net.

Now, the European institutions and the IMF blackmail the first non-corrupt Greek government and by this bring the EU to it’s end, morally, as all citizens of Europe see clearly now what is being played and that they will be next to be slaughtered by Brussels and Washington. At that time EU Commission President José Manuel Barroso and Economic Affairs Commissioner Olli Rehn told me that Banks were not to suffer.

Despite its promises the Neo-Liberal policy has not lived up to any of its declared goals. Instead of more income justice it stands for brutal re-distribution of wealth by taking from the working and giving to those whose only exercise is to cut coupons. Instead of leading to more self determination and responsibility it created poverty and social exclusion. Instead of equal chances it means social segregation when it comes to education and chances in the labour market.

Whereas Socialism got crippled by Centralisation, Capitalism didn’t lead to more competition but an unprecedented Concentration of economic power as the result of deregulation.
The Neo-Liberals proclaim less state influence but turn the state of civil rights into a big-brother regime spreading violence, distrust and repression.
They talk about Human Rights but wage wars in an open breach of international agreements and fundamental rights leaving tens of thousands of civilians’ dead while major corporations gain access to resources, raw materials and new investment opportunities.

It speaks for itself that the EU is handing out money to a coup-government in Ukraine that really behaves like only fascists do that is buying more weapons for it while a democratically elected government in an EU member state is being denied a nullification of illegitimate debts and by this brought to the brinks of another civil war, this time within the EU.

That is the end, and it is the personal responsibility of the EU’s leaders, foremost the one of the most powerful woman.

At some point of time, a few years ago when Germany’s booming export outmanoeuvred the rest of Europe, one was tempted to think that Germany has ultimately achieved by economic means what Hitler did not manage by military terrorism: to create the “Holy German Empire of European Nations“.

Yet another German Capitulation?!

by Ralph T. Niemeyer Slowly it is beginning to dawn on the West that the Ukrainian army is in a state of dissolution. With…