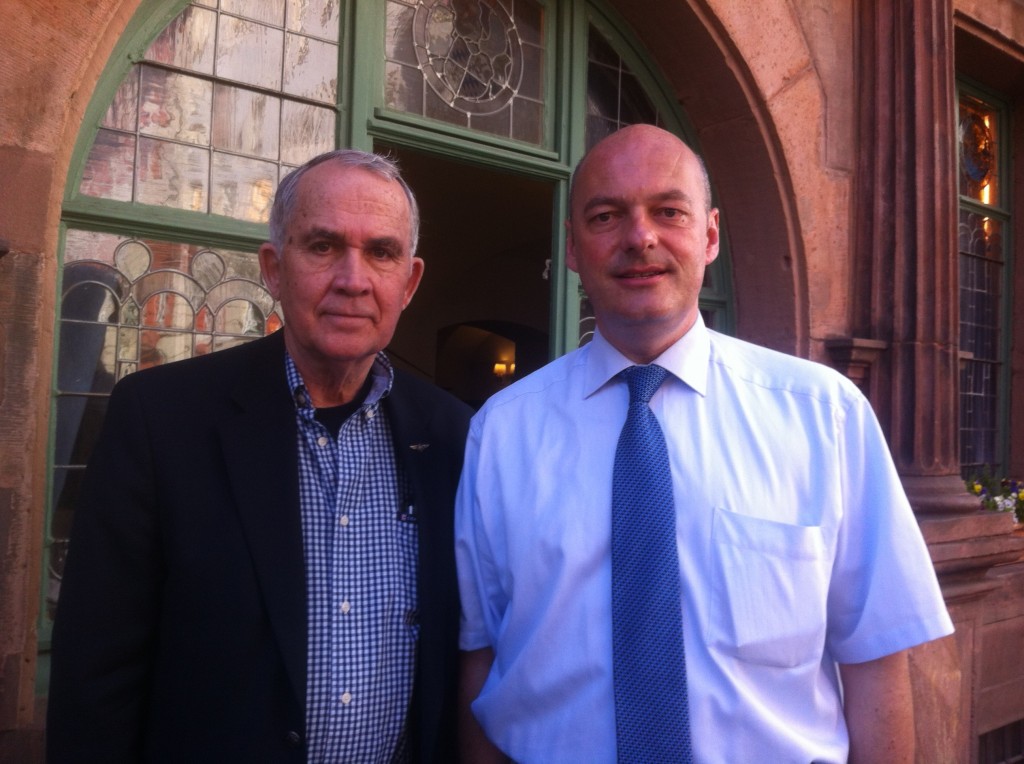 Merkel not to have anybody destroy Franco-Allemand entente

One may look at things from different angles. Distance is helpful especially in cases of world-moving events such as the Kennedy – assasination in 1963, 9/11, MH370/17, and it is definetly right to ask the question “Cui bono?” once the dust has settled a bit.

Geopolitical aspects are usually standing in the way of governments speaking truthfully and openly in a kind of heart-to-heart talk to the citizens.  In the case of Germanwings flight 4U9525 (which some German mainstream media like NTV or Tagesspiegel continues to call 4U9225 while ZDF and FOCUS magazine quote the correct flight number, showing a certain carelessness by reporters and editors when it comes to details), one has to understand not only the technical and physical side of the catastrophe but should rather put it into context why there might be somebody having an interest in the plane be shot down.

Citizens do not understand why their elected leaders do not do their best to have the truth be investigated and made public but instead are being seen busy covering up.

This might be because governments are also obliged to protect the nation and the national interest which might be contradicting their noble task of informing the general public in an accurate and truthful manner.

Maybe German Chancellor Angela Merkel and French President Francois Hollande have been abiding to exactly that when expressing in rather emotional statements that France and Germany literally are standing shoulder by shoulder in the aftermath of the tragedy.

Unthinkable would have been the alternative, namely that German authorities and investigators would blame the French airforce that reportedly had been alarmed and in the air once 4U9525 left the flight plan.

We journalists do not know the truth, of course not, but we are called upon to establish as many facts as possible and put these small mosaik-like stones into places that might allow us to draw lines from one stone to the other across many empty spaces. Nevertheless, a picture may become visible no matter how incomplete.

According to several experts familiar with the topic of which only retired US Airforce F16 and Airbus 320 captain Field McConnell agreed to speak not on condition of anonymity with us it is virtually impossible for any pilot no matter how experienced to stir a jet at the reported speed by hand without diverting from the reported cruise. Only an autopilot could, Mr McConnell said. So if the autopilot was switched off, who actually had control over the plane if it could not be captain or copilot?

Media reported that copilot Andreas Lubitz was breathing calmly until the very end of the recording that stopped because of the impact whatever might have caused such. Even religiously motivated suicide bombers will hardly be able to commit their crime without a flush of adrenalin hitting their brains either of joy or last moments of fear. Nobody will breath normally, calmly, as the reports maintain in a situation like that, unless one is unconscious.

In the interview with Field McConnell we go deeply into the very aspects of these mysterious questions and everyone may draw his own conclusions thereafter. Evidence is hard to find and also Mr McConnell is unable to present any for his theory but he is asking valid questions.

Coming back to geopolitics one could certainly answer the question “cui bono?” easily by saying that the French-German foreign policy in the Ukraine crisis literally was spitting into the soup the United States were cooking. Mrs. Merkel and Mr. Hollande were unwilling to follow the US administration’s escalation strategy and rather kept talking to President Putin in a classical appeasement style of policy known from the Cold War.

Supposedly, if it happend to be found true that Germanwings 9525 was shot down by French Mirage fighter jets such fact could rock Angie’s and Francois’ apple cart and put the present French-German entente continentale and by this the EU itself at jeopardy.

This could only be averted if the French military explained why their pilots had brought down the jet: to avert bigger tragedy that could be caused by the obviously remote-controlled jet by let’s say hitting a nearby dam used for hydroelectrical power creation for millions of people of which many thousands could be seriously harmed or even killed in case the dam burst.

But, that would inadvertently lead to the question who excercised control over the plane by the uninterruptable autopilot that evidently is a standard also at Lufthansa jets since 1996? The US? Terrorists? One can imagine that it was easier for the political leadership to uphold the fairy tale of  the unfortunate mentally sick copilot, a young man whose files were obviously known to many people from his doctors to his instructors in Bremen and Arizona and his employers, Lufthansa and Germanwings.

Andreas Lubitz probably prematurely has been put to stand in the pillory as the evil mindsets behind the attack on 4U9525 might have chosen him as a kind of modern Lee Harvey Oswald.

Official versions of truth over the decades also develop. Has it certainly been unpatriotic and a case of blasphemy in 1963 to question Mr. Oswald’s sole  responsibility for the assassination of President Kennedy already 30 years later Hollywood allowed Oliver Stone to produce a more facts based feature film than any government written script provided for.
Watch the full interview with Field McConnell here

German Gov’t Crisis meeting: “Any ideas what we could do against Coronavirus? – Let’s rescue the banks!” By Ralph T. Niemeyer It appears as…