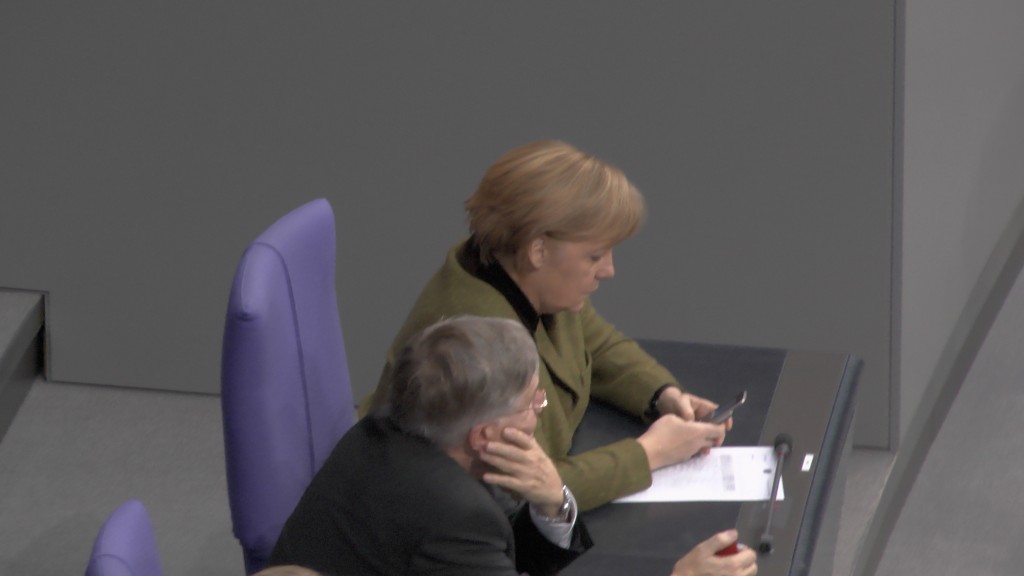 Climate Change has been put into the spotlight in January 2007 and ever since German Chancellor Angela Merkel is eager to emphasise the significance for her government’s policy.

In autumn 2010 she used the excuse to reduce CO2 emissions to grant the nuclear indsutry that had lobbied also the British government a revival by pushing through a prolongation of the previously limited running time for Germany’s ageing nuclear power stations.

On the other hand, Germany has been over decades a pioneer for renewable energy concepts, from wind turbines, to water-, thermal- and solar power. German inventors are leading the market but yet, Mrs Merkel seems to have lost momentum in enforcing the Energiewende that followed her decision in the aftermath of the Fukushima catastrophe to phase out of nuclear energy by 2021.

The fact that Mrs. Merkel did not find time to attend the UN pleanry this week but meet the captains of Germany’s industry, among them many energy conglomerates that are building fossil fuel power stations now in an attempt to make good on the nuclear power stations to be switched off irritate many observers in Germany.

How serious is the German government about fighting Climate Change, one may wonder, as the energy tax-exemptions for German industries are putting all burden for the Energiewende onto the shoulders of the private households and the taxpayer in general.

The idea of enacting a plan to fight Climate Change was certainly not to return to nuclear power, but even more so it can not be right to revert to coal and other fossil fuels in replacing old atomic reactors.

Mrs. Merkel may have her reasons for avoiding the topic at the UN this week and instead honouring German energy corporations with her presence instead.