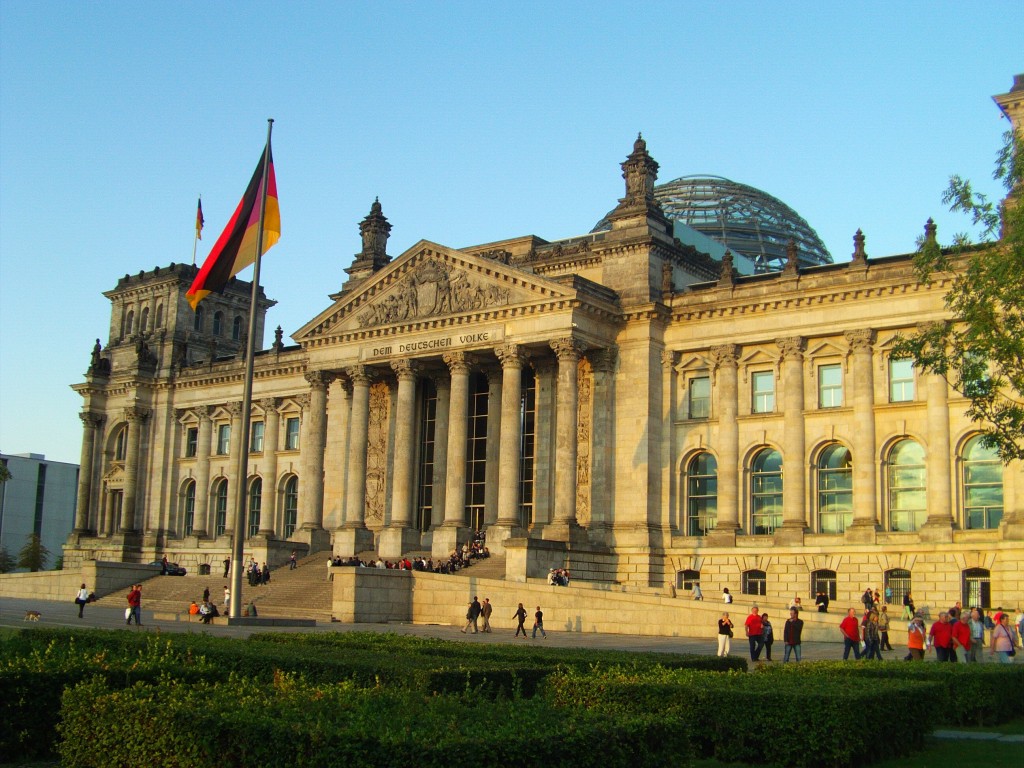 25 years after the Berlin Wall came down, did Capitalism keep it’s promises?

There is no objective journalism, but worse, there is only propaganda if journalists are subject to editorial politics….

Journalists ought to be neutral, objective, fair and selfless in reporting news. That is the ideal based on the assumption that no self-interest and no own opinion is tricking the human being that is analysing a situation. It is clear that in real life there is no such thing as a neutral, accurate, untainted journalism as we journalists are human beings, carrying our baggage from childhood, sociology, experiences, political viewpoints, like all citizens do.

The question how people are voting is less guided by rational thinking but by a personal life philosophy, likewise is the reporting of news always to a certain degree tainted by the subjective viewpoint of the journalist. That is certainly not ideal but also not that bad if at least it is still the subjective viewpoint of the particular journalist and not of the owner of the publishing house.

In my 31 years as journalist I cam across many differing opinions, viewpoints, theories that broadend my own view and as editor in chief I always told our reporters not to hide their viewpoint as long as they could back it up by facts because I know that no subject can be 100% objective so I prefer to know that this colleague is right-wing, the other one more a lefty, because it makes it more honest for the reader, listener or viewer to understand why the reporter arrived at a certain conclusion when it is known where he or she is coming from.
I myself, I admit, am not a neutral observer, but as I said above, try to back up my viewpoint by hard facts and where I have to speculate I do tell my readers in order to give them a fair chance as whether I was right or wrong in my conclusions. This approach, however, requires news consumers who are educated in questioning and not only digesting news. Unfortunately, western free media, because of the private ownership structure of the mainstream media conglomerates, is about to wipe out the thinking citizen and by this freedom and democracy.

This is because the owners of publishing houses and tv stations do have their own interests which are mostly in line with the business interests of the rich class. Journalism should not devolve to lobbyism but unfortunately this is what is happening more and more as concentration of media power makes free thinking become extinct.

This becomes ever more obvious since we are entering world war waters again. Not only is truth the first victim of any war, also journalists who are not willing to become propagandists are under threat.

I am not a socialist, but rather a humanist which requires me to be an anti-capitalist, anti-nationalist and anti-chauvinist, not only because my inner feeling tells me what is right and wrong but also because of scientific reason proven mathematically. In my reports I may lean towards the left-side, and one may debate whether a journalist is entitled to such an attitude. The truth is that most of my colleagues lean towards something as well but wouldn’t dare to admit that.

The world is in a state where even as a so called “neutral” observer one has to make a decision which side one wants to stand on. When asked by the great German writer and dramaturge, the late Peter Hacks, whether he would advise him to move to East Germany, Berthold Brecht replied that they only had the choice between a bitter apple and a rotten apple.

Peter Hacks as well as Berthold Brecht both moved to live and work in the so called German Democratic Republic. Both had their problems with the Socialist regime because the world can not be painted in black or white only. The West German state would not allow Hacks be played on stage because he had chosen to live in the Socialist German state.

The East German government in the Honecker-era refused to acknowledge the great achievements of Hacks and silenced him by ignoring him. Brecht commented in 1953 on occasion of the tank – encountered uprising of workers in East Germany that if the government was not satisfied with it’s people that they did better to chose another people. All I know is that Berthold Brecht today would sit on packed suitcases again if he was still alive and had to witness the barbaric so called neo-liberal German dominance over Europe these days.

In a different way I fear for Venezuela, Ukraine, Egypt, and any other country that the US have economic interests in, as I am not sure whether a society so deeply divided can exist for long. I had spent several years in Venezuela and interviewed President Chávez many times.

And, I must say, I feel uneasy about the fact that from both sides an incredible amount of violence is spread, verbally and physically. But I know, that this violence always occurs where two models clash. It is the clash between rich and poor and between a capitalistic society and a more socialistic approach.

As a German who travelled frequently to the German Democratic Republic and the Soviet Union, I know a little bit about the past Socialism and therefore have my doubts whether I really would like to live in a system like that. In the East-German Socialism we saw that it denied many people many things, but on the other hand I see Capitalism force many people into denial.

I saw Socialism in my country fail. But in Capitalism I see everybody fail for himself. Socialism may have been a good system but in order to be a good system it needed to be flawless and therefore failed. Capitalism may be a bad system built on mistakes and failures. That’s why the latter survives without any ideology, philosophy and culture.

At least 50% of US Americans would have a better standard of living if they lived in a system like the GDR represented. They would have universal healthcare, affordable appartments, once or even twice a year holidays, a pension when being old that would not decline their standard of living, nutrition that would not make them suffer from obesity, cancer, strokes and allow for a generally higher life-expectancy.

Capitalism failed because it became an ideology itself after the other ideology ceased to exist. Capitalism gave us a lot after it had taken it from us. It gave us a lot, but it didn’t leave anything worth mentioning behind. In Socialism the bear necessities were cheap, little luxury expensive, big luxury invisible. In Capitalism the bear necessities are affordable, little luxury cheap, big luxury visible.

Socialism has been a single big misery. Capitalism consists of millions over millions of small miseries.

In Capitalism all feel that they are free and if not they have to blame themselves. In Socialism most people felt unfree and could blame someone else. The idea of Socialism was to protect against crisises. The advantage of Capitalism is that it’s crisises benefit it.

About Socialism one couldn’t laugh, about Capitalism no one makes jokes. Socialism has been a good joke which had been told in a bad way. Capitalism is a bad joke told professionally.

Socialism has been a world-historic experiment, Capitalism consists of many small experiments. In Capitalism the crisises belong to the system, Socialism existed of a crisis.

Socialism meant centralisation. Capitalism means concentration. In Socialism there have been only political awards, in Capitalism even politics is rewarding.

I  couldn’t live in the socialistic systems of the past, but I hate to be forced to accept the capitalistic rule and I do not agree with it’s principles leaving the majority of the people of this planet behind while ruthlessly wiping out species and wasting resources. Therefore, the agenda of the Chávez government for me became an issue worth examining.

As a journalist, I made up my mind based on my thorough observations in both systems and I do not fear to build up a new system after the final collapse of the present capitalistic system, if one only let’s us.