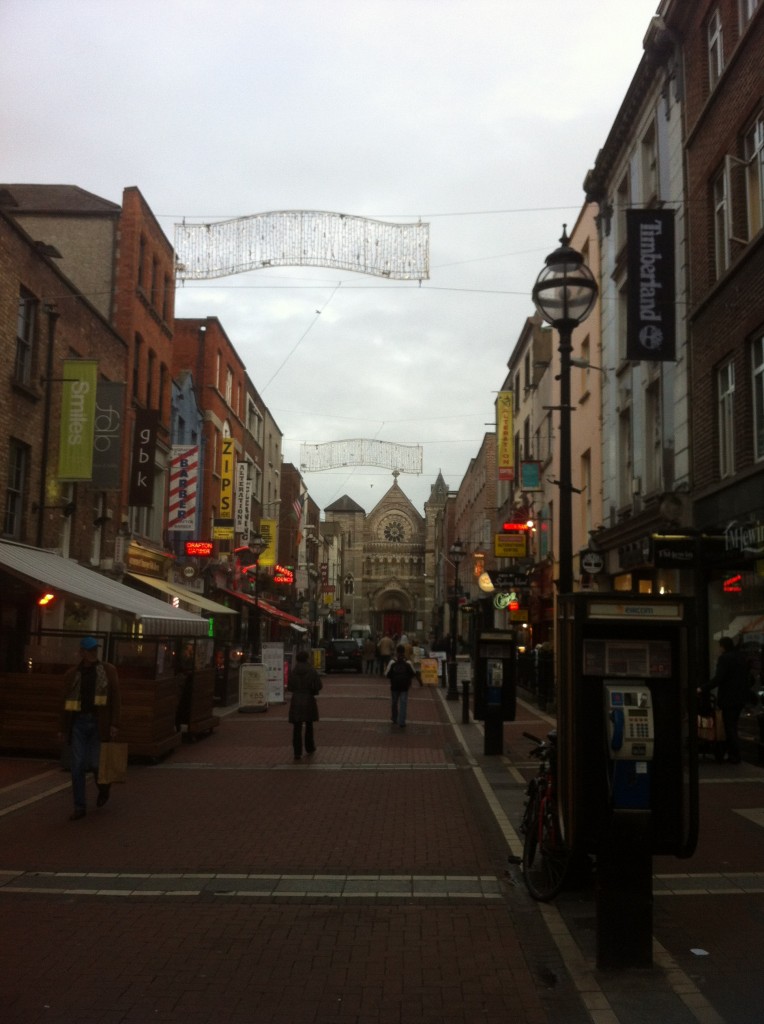 by Richard Stahl
The European Investment Bank has agreed to provide EUR 150 million to support construction of a new connection between the Red and Green lines on Dublin’s light rail tram system, LUAS. The new engagement by the EU’s long-term lending institution will support construction of a new 5.6km link, 13 additional stations, a new depot and acquisition of 10 new trams.
The latest support for transport infrastructure in Ireland was formally agreed in Dublin today by Leo Varadkar TD, Minister for Transport, Tourism & Sport, and Jonathan Taylor, European Investment Bank Vice President for Ireland. The signature was witnessed by Werner Hoyer, President of the European Investment Bank, Brendan Howlin, Minister of Public Expenditure & Reform, and Minister of State for Commuter & Public Transport Alan Kelly.
Minister Varadkar said: “The Board of the European Investment Bank has earlier endorsed Luas Cross City and today we have finalised a low interest loan from the Bank to help us build the project. This represents significant savings over the next couple of years. Luas Cross City really transforms rail transport in the Greater Dublin area and makes all sorts of new journeys possible, like Maynooth to Dundrum or Sandyford to the O2. It will add up to ten million journeys a year, take around three million car journeys off the road, create 60 new jobs when up and running and support 800 jobs during construction.”
Jonathan Taylor, European Investment Bank Vice President said: “An effective public transport network is essential for city life and the European Investment Bank is committed to supporting long-term investment in sustainable transport in Dublin that will reduce congestion and pollution. We are pleased to support the crucial LUAS light rail tram link and acquisition of new trams to improve public transport capacity in the Irish capital. The new LUAS connection will make a signification contribution to construction jobs in Ireland and demonstrates our firm commitment to supporting long-term investment in the country.”
With a total project budget of €368 million, the new LUAS link will connect the existing Green Line terminus at St Stephen’s Green to Broombridge Station and provide tram services roughly every three minutes during the peak period. A total of 13 new stations, with 53m long platforms to allow for possible use of longer trams on the line in the future, will be built on the new connection. Trams currently in use on the line, as well as the 10 new trams to be added, will provide services on the link.
Construction of the new link is underway and the first tram services on the new line will start at the end of 2017.
Minister Howlin said: The EIB has long been an investor in Ireland’s PPP programme and, in more recent times, has also provided funding for our traditional Exchequer-funded capital programme. Over the last two years the Bank has supported both our Exchequer Schools Programme and the Water Services Investment Programme. The loan funding agreed today for the LUAS Cross City project demonstrates yet again the EIB’s commitment to supporting investment in Irish infrastructure. We look forward to continued positive engagement with the EIB into the future.”
Minister Kelly said: “Luas Cross City will transform the public transport landscape for Dublin. The securing of funding from the European Investment Bank clearly demonstrates the value of engaging with European Institutions and now we have a better source of finance to assist us on what is a vital and necessary public transport project and will create a proper network of light-rail in Dublin. It will make all kinds of new public transport journeys possible, such as connecting Sandyford, Dundrum and Ranelagh with Grangegorman and commuter rail stations in Kildare. It is a very exciting project.”
The European Investment Bank has recently increased engagement to support transport investment, as well as projects in other sectors across Ireland. Last year the European Investment Bank increased its engagement in Ireland by 35% and provided a total of EUR 680 million for seven new projects including support for new roads, schools, university investment, energy and telecommunications.
The borrower for the European Investment Bank loan is the National Treasury Management Agency, which is responsible for borrowing on behalf of the Irish Government. The National Transport Authority and Railway Procurement Agency are responsible for project implementation. The National Development Finance Agency is advising on certain aspects of the new LUAS link.
The European Investment Bank (EIB) is the long-term lending institution of the European Union owned by its Member States. It makes long-term finance available for sound investment in order to contribute towards EU policy goals.
DublinEIBEuropean Investment BankIrelandLuas ConnectionRuchard Stahl

by Ralph T. Niemeyer While ‘financial weapons of mass destruction’ are once more in the process of destroying an existing world order by causing…