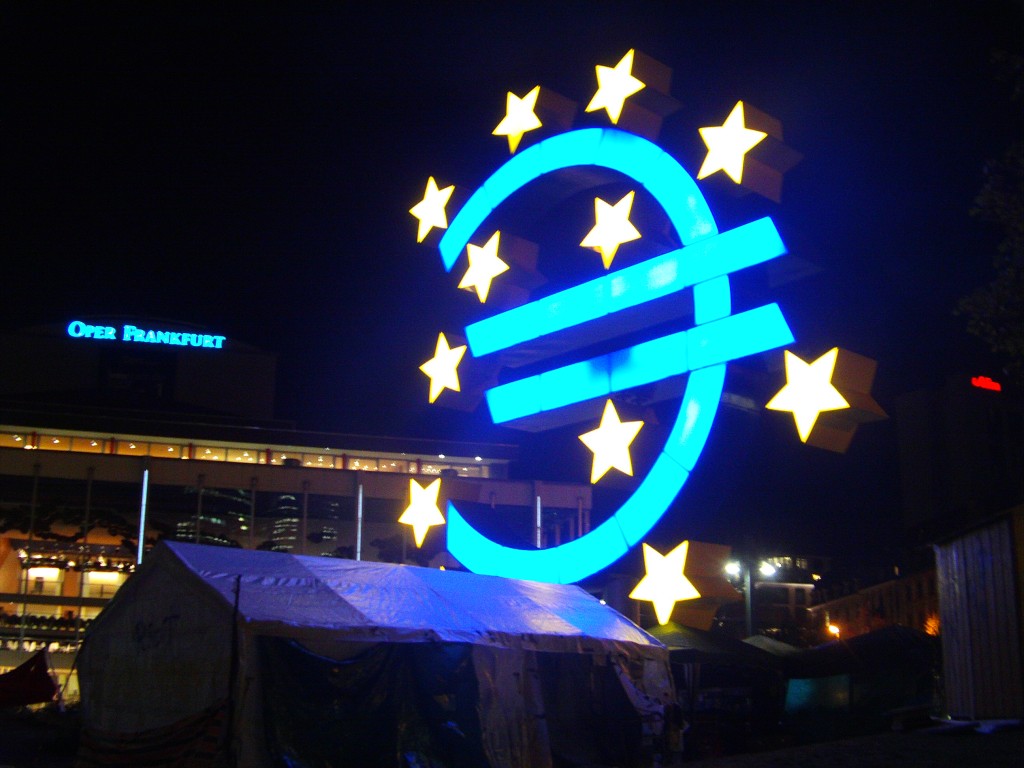 Our present economic problems are not only resulting from the fact that the “masters of the universe”, investment bankers, hedge fund managers and private equity sharks all got it wrong. In fact, the problems are much deeply rooted. Under present conditions only GDP – growth is being considered progressive.

Our present economic problems are not only resulting from the fact that the “masters of the universe”, investment bankers, hedge fund managers and private equity sharks all got it wrong. In fact, the problems are much deeply rooted. Under present conditions only GDP – growth is being considered progressive.

Real growth can only be measured accurately in the average rise of standard of living and quality in general. This especially includes the environment. Until now GDP growth is measured in a way that also destruction is recorded as growth. Diseases and epidemics that fill the beds in hospitals are also a growth factor, likewise is the production of weapons.

Throwaway products are bearing a higher growth potential than good quality, being manufactured because a replacement is needed much quicker. Our entire system rests on the logic of extensive growth that can best be described as creative destruction as our planet is being torn apart by excessive use of resources that results in dreadful wanton destruction of natural habitats and climatic calamity.

Every child knows that this model can not be continue into the future. But, this doesn’t mean that the average standard of living will decline if one departed from the profit – based production.  Already today, a higher standard of living above a certain income level does not mean quantitative more consumption but consumption of goods of a higher quality and longer durability.

Someone who is promoted in his job and earns more money does not buy 8, 9 or 10 cars but a better one and doesn’t buy 10 or 20 flat screen TV sets but a better one. And, this person doesn’t eat more but buys ‘biological’ bread and vegetables in eco-shops because it tastes better and supposedly might be healthier. And, this person won’t buy more clothes from C & A or H & M but a better quality in a boutique. Consumption doesn’t increase but becomes more selective in the higher income percentiles.

Because more expensive products of a higher quality usually also provide for a longer durability than the trash our industries bury us under as more profit can be made with cheaper products. Socialism always promised that one would get all that one needed while even the basics became rare, but Capitalism managed to get into our heads that we will need all we will get, and by this, caught us in the trap of consumerism.

But, a higher standard of living resulting from higher income leads to a more sensible management of resources and not, as in our present economic system, to a waste of resources by industries that only produce what promises the greatest return on investment but might be superfluous and meaningless.

Sustainable resource management could be much more efficient and ecologically responsibly handled if industrial production was directed to create high quality goods with a high durability instead of an ever faster turn over of quick dissolving trash – products. But, this requires us to turn our back on an economic system in which the maximization of profit and shareholder value is the only justification for growth.

The re-direction of our economy on the production of quality products of high durability by using resources more carefully can only be a conscious decision of society forcing industries to apply these changes. No market mechanism would ever be able to achieve the same.

“The Market” alone doesn’t enact great economic developments or even the developments in a society because it is always too slow, only reacts, never foresees but surely has a punishing effect and by this can not handle major developments as the management theoretic Fredmund Malik wrote in his book ‘Corporate Governance’.

Nevertheless, ‘free market’ fetishists still believe, in an apologetic way, that everything will be fixed by ‘the market’ and if that wasn’t the case than a market didn’t exist according to their logic. What in fact really doesn’t exist anywhere right now is a ‘free’ market but just mere concentration that is choking our economies as much as the financial Frankenstein-monsters.

Truth is that whenever signals are coming from ‘the markets’ it is always too late for a company, especially a major one, to react as they have the longest ‘dead-time’ and need a lot of time to adjust.

That is why ‘the market’ fails to regulate and control market dominating concentrations in the economy that lead to destruction and economic decline.  Our democracies need to be empowered again to fill this gap as the economy is heading to a direction that constantly lowers the standard of living by excluding productive potentials of society as well as people.

Markets can only reflect real demand – production relations if there is a balanced income structure and not such a wealth concentration as we see it today. Markets don’t register the necessity to buy and consume a product, but only the ability to buy a good. Only if social purchasing power on an average basis is sufficiently supporting people’s demand the market – mechanism will contribute to a demand-orientated production.

The other extreme we live in today’s world is showing us that markets can be saturated while billions of people are going hungry. As productivity rises faster than the World’s population it will not be a problem to provide for high quality food and other products in sufficient quantity provided the resource management is not be left in the hands of supposedly “free” markets.

A being that has the ability to feel, be empathetic and love has the genes to develop cooperative and social habits, homo sapiens is not a ‘homo economicus’ but a quite likeable being, that in it’s historic evolutionary development has proven to be able to accept social rules and to cooperate.

Nobel economics laureate Elinor Ostrom in her work on the ‘tragedy of the commons’ pointed out that these abilities of human beings made them predestined to hold those goods and resources, that were of vital importance, commonly and to protect them against exploitation and destruction of by certain individuals.

In other words: the economy has to serve the people and not vice-versa. And, society needs to be organised in a way that the social abilities of we homo sapiens are not separated from society, but that these are as one. A society that does not manage this will vanish because of the contradictions it poses to nature and particularly those of human beings.

The complete picture of an economy only then will be precise when one evaluates it’s ability to prolong life and improve life quality argues another economic Nobel laureate, Amartya Sen. Income, according to Sen is only one of several criteria and that’s why income increases in the new economic system will not be the highest aim because a good income is not automatically wealth.

A life in wealth requires us to be free of existential stress and fear, and a living environment that encourages social behaviour because materialistic wealth that is being bought by sacrificing the aforementioned in the true term is no wealth.

Turbo-Capitalism requires human beings who live in constant competition and egomania like wolves and by this against their own evolutionary inheritance.  It had always been said that in Socialism people were required to be selfless and good in order not to exploit the system, but actuality, Capitalism, even more so, needs people not to exploit a market dominating position, but if a manager does exactly that and behaves humanely under capitalistic auspices, the shareholders of his company will fire him the very same day.

The neo-liberal market-fanatic Milton Friedman wrote that political freedom requires capitalism but in reality it is vice-versa. Capitalism has become the greatest obstacle for a life in peace, freedom and democracy.

Ukraine – a disaster for US-Democrats