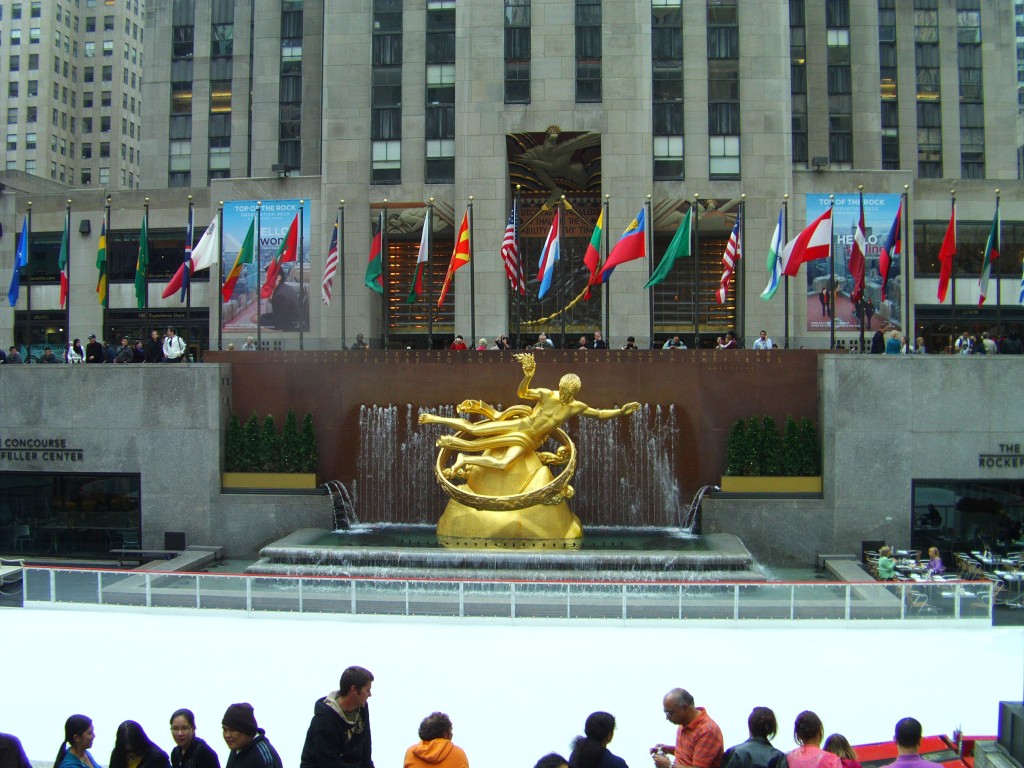 ‘Number of Americans in poverty highest in 50 years’, said the Financial Times (FT) headline of 14 September. “In 2010, 46.2 million (15.1%) people fell below the poverty line. It is probably the highest percentage ever,” the article continued.

Empirical studies have proven beyond doubt that there is a strong connection between self-sustaining investment dynamism and ‘creative destruction’ in unregulated markets. Such destruction of already invested capital through innovation provides the basis for ever new investment.

But, the more capital intensive an investment in machinery has been, the bigger the resistance to devalue such, which also gives an ever-smaller number of players more and more power to make it impossible. Stagnation is the consequence.

This problem for the first time occurred at the beginning of the 20th century. Out of hundreds of small competitors a few market-dominating major corporations that linked the capital – typical unsaturated demand for profit maximization to the power to direct investment decisions and also political power.

Markets now were dominated by a few dozen of major suppliers, who behind closed doors fixed prices and secured their market shares leaving out any newcomers with innovative products.

Under these circumstances capital becomes very conservative and no “creative destruction” is happening anymore. New technologies are only entering the market if the majors take them over which they of course only do once the old ones are written off.

But, in all fairness, one has to say that this dreadful oligopoly-development could hardly be stopped politically or by an advanced merger-control constantly unbundling conglomerates because at the beginning of the 20th Century it had been technological requirements itself that especially in the field of heavy industry as well as electronics or chemicals needed a capital minimum to enhance the development.

Technically, it had to be either big or it wouldn’t have been possible at all. A market, however, that requires a high capital minimum to participate is not an open market, as any newcomer has no chance at all.

Already, at the beginning of the 20th century, the growing market concentrations of ever-fewer suppliers resulted in exactly the same reactions we know from the recent years in which investment dynamism and the process of technological innovation is slowing down dramatically.

Instead more and more capital streamed onto the financial and stock markets. Market value of American stocks multiplied many times between 1924 and 1929 while the ordinary capital goods stock grew only modestly.

Growth and profits that could not be increased by the real economy any longer were simulated by speculative gains.

But because, unlike today, in the back-then-days banks had no money-printing machine in their basements by which they could create endlessly liquidity out of nothing the snowball system reached its limits pretty soon. In 1929 the mega-blasé burst and profits collapsed like an ‘Apfelstrudel’ in the microwave, resulting in the worst economic crisis ever, regimes of repression, fascism and ultimately World War II.

After WWII, capitalism managed, in industrialised countries, to regain for two decades it’s old dynamism because the demand for investment kept up for an unusual and historically unprecedented long phase, allowing profits to constantly be re-invested.  One reason for this was that WWII destroyed economic capacity in Europe, which resulted in a huge demand for reconstruction.

The second factor that played a significant role was the fact that, because of it’s dark history, capitalism was completely discredited and in order to be able to continue to exist capitalism was willing to compromise a bit and allowed for some social regulations such as wages that were in line with the raise of productivity, a social security network and by this, a stabilising purchasing power.

Steadily increasing wages and social expenditure could only contribute to the economic dynamism because a third factor came into play: the ‘S-curve’ as the suddenly rising consumption industry is referred to. Mass products such as fridges, dish washers, TV sets, and cars became the standard even for working class people. The rapidly growing demand required huge investments and carried the economy for over two decades.

But, once all production sites were built and all households had fridges, dishwashers, cars and TVs, the curve that had pointed straight upwards bowed a bit, and by this, the requirement for investment leaving over-capacities behind. Profitable investment opportunities became rare and by this also the profit rates.

This situation, and not the oil price shock, had been the reason for the world wide economic downturn in the 1970s. Following this, in most countries neo-liberal concepts were applied whose diagnosis of the reasons for the crisis culminated in the assumption that the profit share in the income, the cake had gotten too little.

The only goal of the neo-liberal doctrine was to increase the profit share again, which led to a dreadful cycle of de-industrialisation, while rich became richer and ordinary citizens poorer.

But, to have social democratic governments like the one of Gerhard Schröder and Tony Blair go with a chainsaw in their hands through the social net was not enough. The shareholders and owners of major corporations wanted the profit share to ever grow bigger.

That’s why the average wage share had to decline further along with ever poorer social benefits. Although the ‘Basic Law’, West-Germany’s post WWII constitution that had been adopted by the united Germany in 1990, guarantees a social principle, the social contrasts in today’s Germany are larger than during the German Kaiser-Reich before World War I.

In the US a similar development can be observed: of every Dollar by which the income in the US had grown between 1976 and 2007, 58 cents ended in the pockets of the ultra-rich 1% top of society. The bottom 60% in the US account for only 21% of income.

But, not only in a relative way, also in absolute figures the general standard of living declines for the vast majority of citizens.

The average real net wage of an employee in Germany in 2006 was tumbling at around the level of 1986. In other words, 20 years of economic development have by-passed the majority of people.

In the real economy a constant de-industrialisation can be asserted. The share of manufacturing business in the general economic data in the US had been in 1989 some 17%, in 2009 it was only 9% of people who were employed by industrial companies.

Not much better is the United Kingdom. In 1997, when ‘New Labour’, under Tony Blair, took over from the Tories, British industry still contributed 20% to the UK’s GDP. By the end of 2009, this share had fallen to 11%.

Instead, the financial sector was booming. These shifts are not primarily owed to automated production and technological progress but are the result of the wrong economic priorities and a lack of industrial investment.

By Ralph T. Niemeyer Germany, as one of the worldwide leaders in covering the economic transformation from Neoliberalism to Corporatism by yet another artificially…