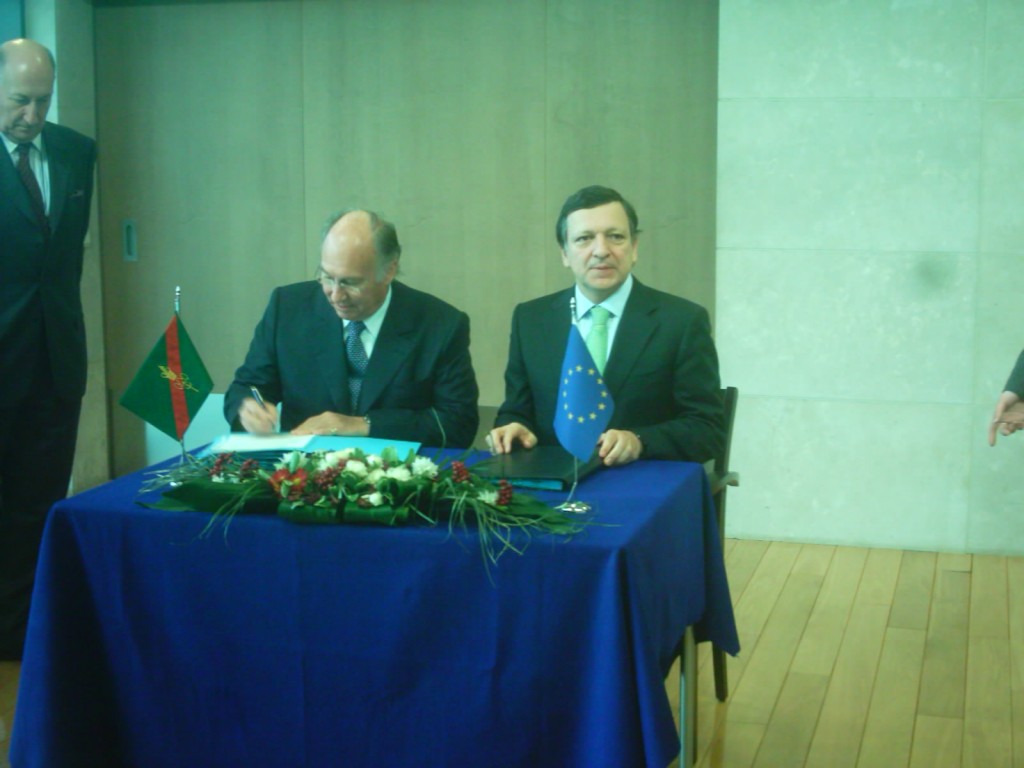 The resignation of Germany’s top aristocratic “copy-paste-delete” – Minister of Defence ‘Dr.’ ‘Freiherr’ Karl-Theodor zu Guttenberg two years ago raised the question why a democratic society still bathes heirs and shareholders in champagne while the economic future of the western world is at stake.

Many founders and owners of successful enterprises seem to have doubts about their heirs. Latest example is the German HARIBO corporation, that ageing founder Hans Riegel wishes to be managed by outside experts rather than his nephews. He is not the only one as the dramatically rising number of foundations in Germany proves.

None of the foundations created by the founders of ALDI Nord, Thyssen-Krupp, the ‘empire’ of Ferdinand Piech, Bosch, Bertelsmann and LIDL have any social or humanitarian aspirations, but solely administrate an until then successful company, by protecting it against being split up or ruined by incapacitated heirs.

The latter of course still derive their income from such foundations. Nobody can explain where the use for the innovation of industry and productivity in general lies when billions are transferred to a degenerating class of heirs.

On the contrary, these corporations would be more productive and innovative if the funds could be used within the company rather than financing champagne parties. But, it is not only economically useless heirs but also shareholders whose guaranteed right to draw blood from company gains and profits is counterproductive as it amounts to semi-feudalistic privileges as the great US American economist Kenneth Galbraith wrote in his book “The new industrial State”.

The aforementioned cases of course only relate to major corporations of thousands of employees and not a classical SME. The latter usually has to fight hard to sustain itself and maintain a safe position in the market. Competition is a pre-condition for any vital economic system but it is also brutal and any wrong decision by the company’s management can cost its existence.

SMEs do not blackmail elected governments and also don’t write laws and regulations to make these suit it’s personal interests, but major corporations if these are privately owned do exactly that as it is proven by the EU Commission in any and all deregulations every day.

There is a huge difference between major corporations that hold a market- and society dominating position and those 99.7% of SMEs. As long as democratically elected governments and parliaments, and also EU Commission and Council, are adhering to what the major multinationals are dictating, there won’t be any economic recovery in sight.

Ownership rights cover four important issues in a company, namely the goals and criteria of how the company is being led, the use of funds in other words also investments and employment, the right to own and control the company’s profit and last but not least, the right to sell the company.

The justification for the state to hand over economic resources of society to private owners initially had been the free market whose invisible hand was to lead selfish interests into an efficient and productive direction. This principle does not work anymore with major corporations.

One could draw the conclusion that it would be sufficient to limit the owner’s discretion of making decisions on how to use profits and force them to re-invest those funds in order to make a sustainable development possible that serves society best. The alternative would be to confiscate shares and nationalise major corporations.

But, a study conducted on European level in 1993 under the title “Industrial Democracy in Europe Revisited” (Oxford 1993) came to the conclusion “that institutional norms may have a more limited impact on worker influence than was indicated in our earlier study… For workers, the general state of the labour-market appears to be a better predictor of influence than is the institutional framework of participation – the higher the unemployment rate, the lower is the influence which workers have over organizational decisions.”

Whoever dreamed that a social-democratic ‘Third Way’ was possible can see that it is rather not as the study finds that “neither de jure Participative Structures nor de facto Participative Behaviour are very highly developed in the majority of our countries.”

Only utopists believe that one can change underlying priorities of the management of a company by allowing employees to participate in a democratic way in the key decisions of a company, because as long as the owners concentrate the economic power in their hands they will always dominate the management and use their funds to always get their way, if not legally, then illegally by bribing the worker’s representatives the latter for which there are countless examples to be found in history.

The case of Volkswagen where managers bribed and blackmailed unionists to agree to unfavorable terms for employees has only been the tip of the iceberg.

For the same reason, it is an illusion to think that better regulation and tougher laws will force major corporations back on the path of doing good for society. The reality check reveals, especially during the financial crisis, that any of the EU’s new legislation is immediately being counter-caricatured and undermined by circumvention, re-naming or re-branding.

The truth is that the, socially somewhat tamed, capitalism of the post WWII era rested on the fact that major corporations and their owners at that time have not been more powerful than the industrialized states themselves.

This balance of power has shifted completely in favor of global players that combined an ever bigger concentration of market dominance with every de-regulation the EU Commission and World Trade Organization conferences had pushed through.

Even if one limited the owner’s direct influence they would still enjoy one important privilege: to sell what they own. But, as long as production is being made dependent on private investor’s and shareholder’s investment decisions their power will always set the priorities of any major corporation.

Unlike a small or medium sized enterprise, usually a classical family-business, where the owner and the employees are tied together working collectively to produce quality goods on highest level while being forced to be profitable, a major global player will only produce what promises the highest profit rate and not necessarily what is the highest quality-level.

In addition, the major corporation not only has to be profitable but also produce a high return on investment to please shareholders and owners who would, if a higher return is promised elsewhere, withdraw their funds. The flaws are built into the system by a ludicrous profit dictate that makes investment decisions by the falling blade of a guillotine.

Without the promise of a significant return on investment no Euro will be ever invested into any company anymore. This fact has led to an economy that only produces for profit and not for the actual demand. That is why our economies only produce such an incredible amount of trash and not long lasting products in a sustainable and ecologic way. Profit maximization has led to a dreadful investment – stop as we have seen in all our countries that are falling back in comparison with China, India and Brazil.

Unless we manage to have ownership rules that combine public interest with productivity and innovation, the so far industrialised nations will rapidly decline and never come up again. The alimentation of heirs and useless shareholders has to be stopped right now.

Hysteria in Germany was mind-bugging and totally unnecessary    By Ralph T. Niemeyer  Economist proves: Despite Covid-19 in Germany there were fewer deaths recorded…