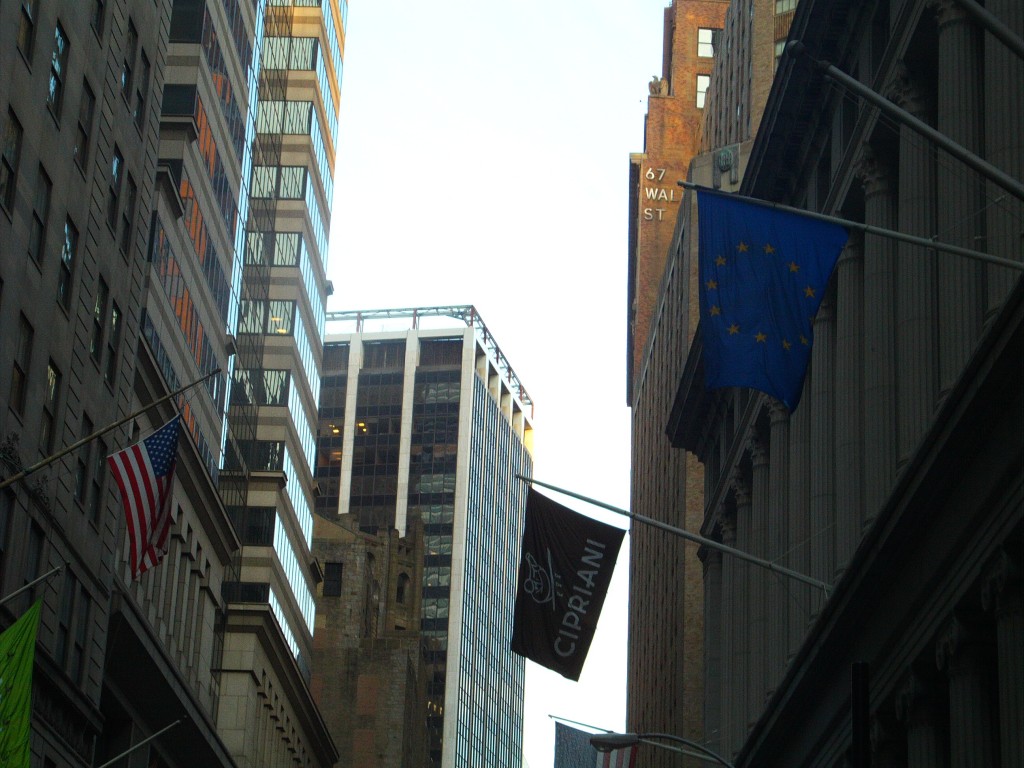 In 2011 ECONFIN decided to have the Euro-zone taxpayers continue to “rescue” Greece, although the majority of citizens across Europe understand that it is not the state but the banks that will be rescued, although they brought down the real economy by their casino-like gambling of Credit Default Swaps (CDS).

But, closer scrutiny reveals that it is not only the speculation in the financial markets that can be made responsible for the collapse, but a deeper-rooted contradiction within our present economic model. An economic model in which industries produce only for profit and not for actual demand is bound to collapse sooner or later. Our present economic model is not only being brought down by ruthless speculators, incompetent bank managers, merciless private equity sharks and hedge fund – Jedi Riders but foremost by fake mathematics.

The Neo-Classical Model, to a large degree developed by Milton Friedman and his Chicago School of Economics, is mathematically incoherent.

In order to be able to record destruction as ‘growth’ the neo-classical model set’s the axiom ∂F(x)/∂x = 0. If it was ∂F(x)/∂x = 1 this would mathematically mean that the function isn’t a continuum. But, in the neo classical economy one wants to uphold the theory that the relations investment-wage, capital & labour, production and productivity, growth and consumption are continuing functions and for this reason set the axiom ∂F(x)/∂x = 0.

This allows the economic model to substitute factors like ‘capital’ and ‘labour’ by whatever figures and assume that it is divisible. The neo-classical model is, in its entirety, based on this assumption, making it possible for this model – in theory – to show even then growth rates if consumption declines because of shrinking wages leading to retracting production cycles while the profit rate increases amid declining production output. Applying this model means that in theory even destruction would be measured as growth. But, the theorists of the neo classical model can’t trick mathematics. The function ∂F(x)/∂x per se can not be a continuous one, only if one set it “0” which defies any logic as non-continuous functions can not be differentiated.

But, that this is not true has become self-evident over the past decades of mega-mergers and fusions.

Of course a big company will grow faster than any smaller company as it can re-finance itself cheaper, buy resources and energy at a better price and can sell at a higher price because it can, due to it’s market dominance, influence the sale’s prices.

But, we have seen that market dominance does not only develop when there is no competition any longer, but already when just a somewhat limited amount of major corporations secured their share of the cake.

Price fixing is at hand. This is evident in the EU for its most important economic areas such as food, capital goods, car industry, energy and water.