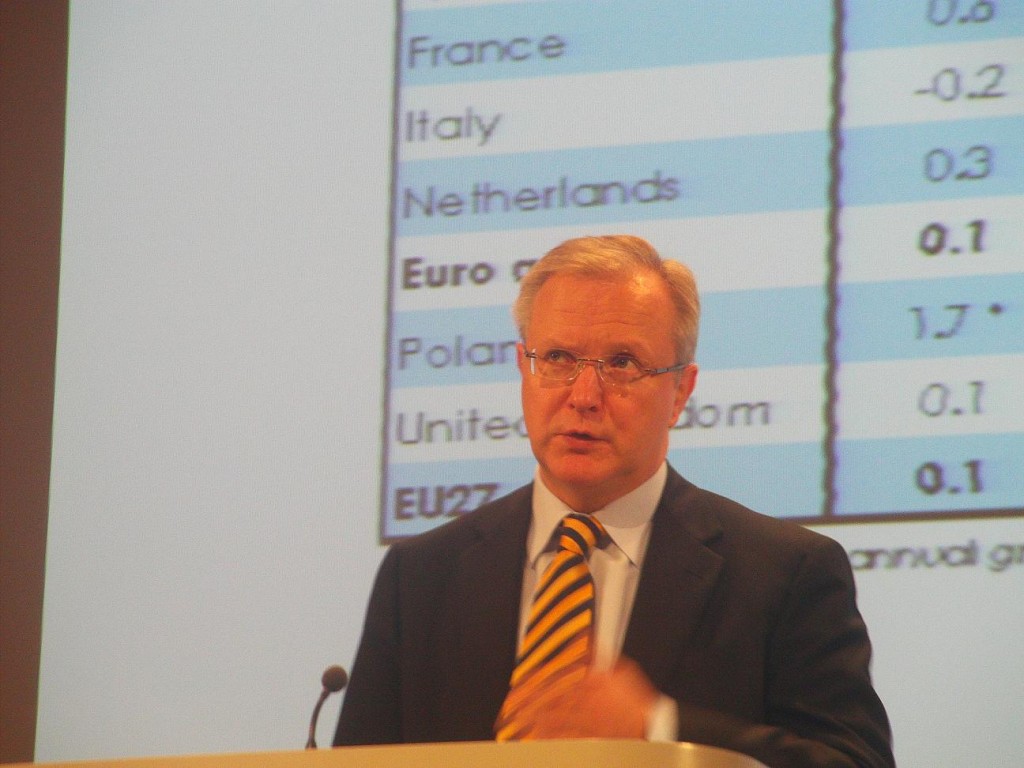 The Eurogroup finance ministers are evidently completely in the hands of private banks and their owners. Without making the latter pay, by writing off debts they have artificially created and imposed on the Greek taxpayer, there won’t be any solution. Nevertheless, an uncontrolled crash is being pursued that will cause ordinary people to lose their savings, and leave the consumer and citizen to be confronted with the shutting down of public life and the taxpayer to foot the bill.

In that sense, owners of big capital and banks chose the option of an uncontrolled crash as the alternative would be hyper-inflation which would also affect all of their wealth whereas the crash that is to come might let them rescue most of their assets.

In 1970, the entire wealth bubble accounted for $12 trillion, but by 2005 it has grown 12 times  to more than $144 trillion. The world GDP was totally decoupled from the wealth explosion, and while developing countries in the so called “third world” had to starve their populations to death in order to make room for yet another bubble that followed each and every privatisation and opening of the various markets, the workers, employees and SMEs in the industrialized countries were given credit cards instead of wage increases and over-priced mortgages and expensive loans in order to finance consumption and production.

Although some of the accumulated wealth vanished when one of the smaller or even bigger bubbles burst, there has been no such crash (yet) that interrupted the constant growth of  financial wealth.

On the contrary; financial wealth grew ever faster and now amounts to a ridiculous four times more than the World’s GDP, meaning that if all these owners of the virtual funds all of a sudden wanted to withdraw their money and buy goods, such as designer clothes, furniture, high tech or other valuables, it would not be there in sufficient volume. A dramatic devaluation would kick in. In other words: the worldwide financial wealth market is kept alive by dodgy cheques, this time those handed to Greece.

A study on capital wealth in the US concludes that 80% of the total American financial wealth results from inheritances .

This is probably no different in Europe. The fact is that big capital creates big income, and by this poses as a self-enhancing model is the reason why financial wealth is even less equally distributed than income.

Data from the Bureau of Economic Affairs in Washington proves that the bursting of the dotcom bubble not only didn’t harm the wealthy, but even benefited them while small and medium investors who had been led into the market too late lost most of their assets in the Clinton-Gore internet-hype.

This is what will happen when Greece, Ireland, Portugal, Spain and, eventually, Italy crash.

In OECD countries wealth, generally, is concentrated in a few hands. More than 50% of families in industrialized countries do not account for any wealth at all while the richest 1% own and control more than half of all financial wealth.

These are the people the broker house Merrill Lynch in his World Wealth Report refers to as ‘High Net Worth Individuals (HNWI) and who own more than $1 million in cash. In Germany, for instance, there were just 800,000 persons who had  €1 million in cash deposits. According to Merrill Lynch there were 10 million HNWIs worldwide in 2007 who owned all together some $40.7 billion, half of all privately held cash deposits.

In industrialized countries, typically the HNWIs are the top 1% of society. By this, one can say, wealth today is much more concentrated than in 1929, which for a long time has been referred to as the most perverse wealth concentration. 80 years ago, 1 % of the richest in the US had owned 40% of the total cash deposits.

These millionaires and multi-millionaires, for whom every bank rolls out the red carpet are also the main beneficiaries of any hype, be it driven by stocks and shares or obligations. In Germany 70% of all privately held stocks are owned by the top 1% of society.

Only 8% of the German population own stocks, so, in a way, it is a funny thought that the rest of us, the 92%, have to listen to the news reporting from the DAX, Nikkei, Dow Jones and NASDAQ ‘Casinos’ every day.

In the US the stocks held in private hands are about 20%, but the concentration is equally insane. Within the HNWI group there is another even more exclusive club: the so called Ultra High Net Worth Individuals (UHNWIs) who by definition account for more than $30 million in cash deposits.

At present there are 100,000 UHNWIs globally and they can be seen as the global monetary aristocracy and main beneficiaries of today’s financial capitalism. They were able to let their income and wealth explode over the past 30 years as they profited more than anybody else from the privatizations, profit maximizations and bubble building. The head of the global wealth management of JP Morgan Private Bank said that these UHNWIs account for 30-40% of all financial assets.

The wealth of the richest 400 Americans had grown by 95% from $379 billion to $740 billion, clear of inflation within those three years. But, even that was peanuts in comparison to the wealth explosion of the richest 10 multi-billionaires who could multiply their wealth by 270%.

The hunger of the ultra rich to maximize their profit requires an ever more ruthless re-distribution of wealth. The so called Gini coefficient which reflects the income distribution and by this indicates the disparity between lower and higher incomes has risen since the early 1980ies dramatically, especially in the Western industrialized nations .

It is, of course, totally irrelevant for the standard of living of an UHNWI whether his wealth grows by 2, 5 or 20% per annum or whether it stagnates. He or she will always be able to shop at Richemont and only use a marginal amount of his money for purchasing goods of the real economy. Nevertheless, an Ultra High Net Worth Individual always make sure that his money will be multiplied by the best possible investment, which his bankers, hedge fund managers and brokers may find.

The sword of Damocles of a capital withdrawal is hanging over each and every management decision.

The result of this wealth and income distribution are slowing down productivity and growth figures, a declining standard of living for billions of people, destroyed economic capacity, social injustices and growing poverty.

The present system is a methodological insanity that results from the logic of an economic system in which its only driving force is the creation of private profit. During certain periods and under specific conditions this driving force has contributed to making the economy more productive and society in its entirety richer, even though said richness has always been distributed unequally.

Today’s financial capitalism in its end-phase, instead has replaced the creative and productive destruction in Schumpeter’s  understanding by the destruction of creativity, productivity and wealth.