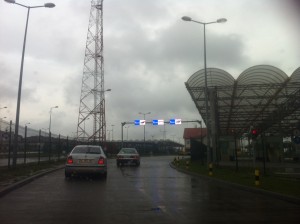 EU countries will have to allocate more funds to improve their asylum systems and the integration of migrants under an EP-Council deal backed by the civil liberties committee on Thursday. The new Asylum, Migration and Integration Fund for the next 7 years sets minimum amounts to be spent on asylum and integration policies. MEPs also endorsed the new Internal Security Fund, aimed at improving police cooperation, border surveillance and crime prevention.

The Asylum, Migration and Integration Fund (AMIF) has a total budget for 2014-2020 of €3.1 billion. Parliament and Council negotiators agreed that €2.7 billion will go to national programmes (€360 million for resettlement) and €385 million to Union actions, emergency and technical assistance and the European Migration Network.

At least 20% of the €2.4 billion that member states will draw from the AMIF will be spent in measures to support legal migration and promote the effective integration of migrants. Member states will also be obliged to allocate at least an additional 20% of the funds to asylum measures. EU countries will have to provide detailed explanations if they want to stay below these percentages and countries facing “structural deficiencies in the area of accommodation, infrastructure and service” will not be able to spend less in the field of asylum.

MEPs succeeded in boosting solidarity between member states in the field of asylum as they will be eligible for AMIF funds to take refugees from other member states or non-EU countries. Member countries taking asylum seekers under the EU’s resettlement programme will receive a lump sum of €6,000 for each resettled person, which can be increased up to €10,000 for vulnerable persons or persons coming from priority areas.

However, MEPs do not consider this to be the end of the road. They are now set to exploit all available means provided by the Treaties, such as Article 80 of the Lisbon Treaty, to make sure that further solidarity measures are put in place in the future (see attached statement for further details).

The civil liberties committee also endorsed the EP-Council deal on the Internal Security Fund (ISF) which will support external border and visa management, with funding to the tune of €2.8 billion up to 2020. €1.5 billion will be earmarked for national programmes, €791 million for managing migration flows across the EU’s external borders, €154 for the Special Transit Scheme and €264 million for Union actions and emergency and technical assistance.

The money will be used to build infrastructures and systems needed at border crossing points and for border surveillance. It will also fund the IT systems required by the European Border Surveillance System (EUROSUR), as well as actions aimed at the efficient management of migration flows, processing of visa applications and consular co-operation.

The instrument for financial support for police cooperation, preventing and fighting crime, and crisis management will provide funding of €1 million for the next seven years. It will be used chiefly for crime prevention, combating cross-border, serious and organised crime, including terrorism, and boosting cooperation between law-enforcement authorities at national and EU level.

Surprise on-the-spot checks on expenditure will ensure that the money is used properly. The EU’s contribution to national projects will generally be up to 75% of the total budget, and may be raised to up to 90% in certain cases, for example, when pressure on a member state’s budget could put a specific project at risk.

The agreed texts will be voted by the full Parliament on 10-13 March.

by Ralph T. Niemeyer He embarrassed the PCR test, spared his country the lockdown and turned Zanzibar into a tourism dream without masks. Shock…