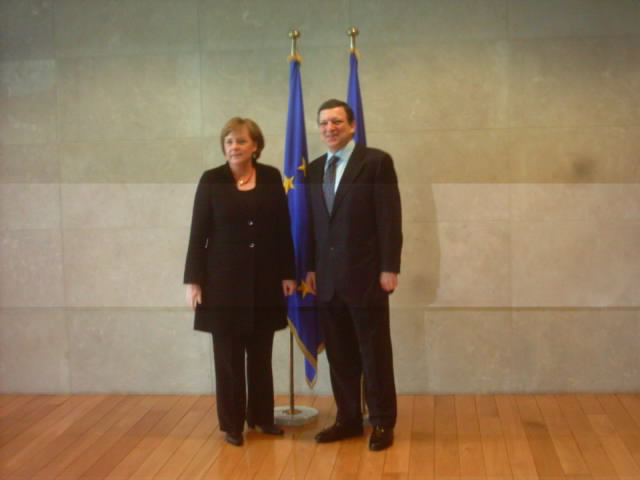 For quite a while Germany appeared to stand tall among the ailing Eurozone members having benefited from the wage- and tax dumping during the red-green coalition government under Chancellor Gerhard Schröder who also axed social benefits thus making Germany ever more competitive.

However, recent growth rates released by the German Statistisches Bundesamt in Wiesbaden show a modest growth rate of only 0.4% for 2013 down from 0.7% in 2012. Germany’s economy is stagnating.

Also the productivity rate went down from 0.4% to 0.2% in thepast 12 months. No wonder: investment into innovation has sharply declined by 0.8% and even the real estate boom that Germans who traditionally in their majority are renting appartments are suffering under because of generally high rent, seems to be an illusion: the building sector (-0.3% growth in 2013) is loosing out, too.

former Ukrainian Prime Minister Yatsenyuk, Vitali Klitschko By Ralph T. Niemeyer 76 years after the end of WW II one can clearly notice a…