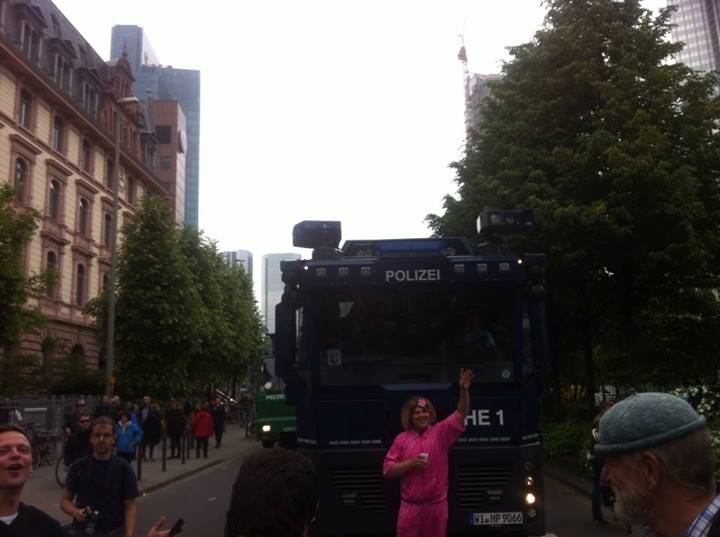 Following the civil unrest and violent clashes in the German city of Hamburg that are used by the city mayor Olaf Scholz, a social democrate, as an excuse to introduce martial law in a “security zone” that put some 200,000 inhabitants under a general suspicion and thus become subject to police checks, the EU Commission follows suit in proposing measuremts against “radicalisation”.

The office of Commissioner Cecilia Malmström issued a statement saying that the “traditional law enforcement techniques are insufficient to deal with the evolving trends in radicalisation and a broader approach is required to combat this phenomenon”, adding that  “on 15 January 2014, the European Commission will present a Communication encompassing a wide spectrum of measures in order to prevent and counter radicalisation to terrorism and violent extremism within the EU.”

But, what, critiques ask, will prevent police and security forces from abusing their special rights? In Hamburg, it transpired, a good portion of the violence at a demonstration before new year had been provoked by the police itself.

And, what can be done to ensure media is not puting fuel to the fire like “Hamburger Morgenpost” did? The right wing tabloid  was headlining that police would “shoot back next time” while it became evident that one of the attacks had been caused by agent provocateurs, undercover secret police officers and agents from Germany’s secret service, the “office for precting the constitution”. Another attack, on the “Davidwache” an infamous police station in one of Hamburg’s notorious districs  had been completely invented by the police promting the reaction from city mayor Scholz to impose a curfew.

Earlier last year, in May 2013 the “Blockupy” – Protests in Frankfurt am Main turned violent and the chiefs of the Frankfurt police had to admit that they had been given a political task by the Conservative state government in Hessen to avert the protest march to walk it’s dedicated and authorised route towards the headquarters of the European Central Bank (ECB) where also the “Occupy Deutsche Bank” protests usually gather.

According to the statement the Commission has identified ten areas in which Member States and the EU could focus their efforts to tackle radicalisation at home and abroad. Proposed measures include the creation of a European knowledge hub on violent extremism, the development of trainings for frontline practitioners, supporting a conference on foreign fighters in Syria to share practices and exchanges ideas, providing financial support for projects making use of modern communication tools and social media to counter terrorist propaganda and programmes facilitating abandoning violence and the underlying ideology.

Since 2005, efforts against radicalisation have been guided by the EU Strategy for Combating Radicalisation and Recruitment (last revised in 2008). While recognising EU Member States’ authority as security-providers, the strategy contains joint standards and measures that aim at preventing terrorist radicalisation and recruitment, grouped under three key headings:

Today’s Communication is following up on Council conclusions from June 2013 and will contribute to reviewing the EU Strategy in the course of 2014.

historically a symbol of slavery: the muzzle celebrates a revival with COVID-19 as FFP3 mask   By Ralph T. Niemeyer    Contrary to the…