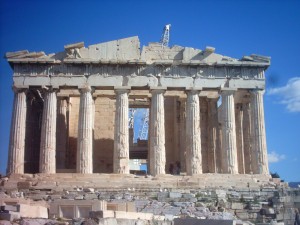 Swoboda on banking union negotiations: “Between a bad deal or no deal, we will choose the lesser evil: no deal”

Negotiations on the future banking union have restarted but the Council of the European Union is submitting half-hearted proposals, notably on the single resolution fund for managing failing banks.

Hannes Swoboda, president of the Socialists and Democrats Group in the European Parliament, commented on the lack of progress:

“The proposed 10-year transition period with national ‘compartments’ (funds deposited by banks of one country for the sole use of that state’s banks), the excessive verification and approval chain and the artificial link to the European Stability Mechanism (ESM) would make the single resolution fund inefficient and needlessly complex.

“When there is a fire, firefighters don’t have to go ask the mayor for permission and neighbours for water to put it out. Similarly, when a bank is in trouble, we need to react quickly and efficiently, to stop the spread of hysteria, uncertainty and contagion.”

Earlier, on Wednesday, Mr Swoboda reiterated that as Greece takes over the rotating presidency of the Council of the European Union, the College of Commissioners is today in Athens to meet with Greek ministers and participate in the official opening of the presidency.

“The European Commissioners and President Barroso, who are in Athens today, should use the opportunity to witness the reality of living conditions in Greece. The brutal austerity enforced by the Troika has plunged almost half the people in Greece below the poverty line.

“The Troikas have failed and nobody has stopped them – because there is no democratic control. This lack of democratic legitimacy is incompatible with European values. We demand that the Troikas and their disastrous policies are phased out and that the European Commission takes full responsibility for any further programmes.

“I congratulate the Greek government on taking over the EU presidency and look forward to fruitful co-operation and progress on many important European issues. I urge the Greek presidency to highlight the reality of the failure of the Troikas – as opposed to the mirage of austerity that some leaders still want to believe in. If the Troikas were abolished during their presidency, this would be a real victory – for Greece and for Europe.”

Syriza will be in government but not in power if it choses wrong partner A comment by Ralph T. Niemeyer The Greek crisis that…