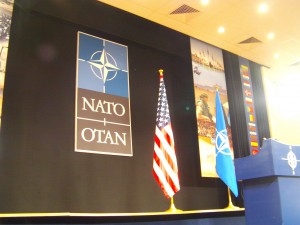 Mr Moraes’ draft conclusions acknowledge the importance of the Transatlantic Trade and Investment Partnership (TTIP) agreement for economic growth and jobs in both the EU and the US. But European Parliament should consent to the deal only if contains no references to data protection provisions, the draft text adds. “We need to ensure that strong data privacy protections are achieved separately from the TTIP”, Mr Moraes told MEPs involved in the Civil Liberties Committee inquiry.

Clear political signals that the US understands the difference between allies and adversaries are also needed, says the draft document, which urges the US authorities to draw up a code of conduct to guarantee that no espionage is pursued against EU institutions and facilities.

The EU’s executive arm is also urged to suspend the Terrorist Finance Tracking Programme (TFTP) deal with the US until a “thorough investigation” is carried out to restore trust in the agreement. The draft also underlines that the consultations recently concluded by the Commission were based solely on US assurances.

The draft also calls for the swift development of an EU data storage “cloud” to protect EU citizens’ data. Any of this data stored in US companies’ clouds can potentially be accessed by the NSA, it notes. An EU cloud would ensure that companies apply the high standards of EU data protection rules and there is also a potential economic advantage for EU businesses in this field, it adds.

The draft welcomes the Commission’s wish to have the EU-US data protection framework agreement (the so-called “umbrella agreement”) approved by spring 2014, in order to guarantee judicial redress for EU citizens when their personal data is transferred to the US. At present EU citizens do not enjoy full and reciprocal judicial redress rights, because access to US courts is guaranteed only to US citizens or permanent residents. Completing these negotiations would restore trust in transatlantic data transfers, says Mr Moraes.

EU member states should start working immediately to achieve a Parliament/Council of Ministers agreement on the data protection reform by the end of 2014 at the latest, says the draft. The text calls for better legal protection of whistleblowers, but also points out that proper oversight “should not depend on journalists and whistleblowers”.

Disclosures by former NSA contractor Edward Snowden have revealed a huge weakness in the IT security of EU institutions, stresses Mr Moraes. The draft resolution proposes that Parliament’s technical capabilities and options should be properly assessed, including the possible uses of open source software, cloud storage and more use of encryption technologies.

MEPs will now have the opportunity to table amendments to the draft resolution. It will be put to the vote by the Civil Liberties Committee at the end of January and Parliament as a whole on 24-27 February.

Draghi allies with MEPs against a bad banking union