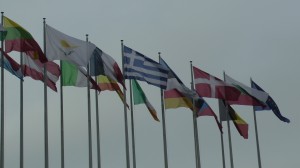 Parliament and Council Presidency negotiators reached a political agreement Wednesday on the draft bank recovery and resolution directive, the first step towards setting up an EU system to deal with struggling banks. This directive will introduce the “bail-in” principle by January 2016, thereby ensuring that taxpayers will not be first in line to pay for bank failures.

Welcoming the deal, Gunnar Hokmark (EPP, SE), the MEP who steered the legislation through Parliament said “We now have a strong bail-in system which sends a clear message that bank shareholders and creditors will be the ones to bear the losses on rainy days, not taxpayers.  At the same time we also established clear rules to deal with the most exceptional cases, in which overall financial stability is in danger.”

The directive establishes a bail-in system which will ensure that taxpayers will be last in the line to the pay the bills of a struggling bank.  In a bail-in, creditors, according to a pre-defined hierarchy, forfeit some or all of their holdings to keep the bank alive. The bail-in system will apply from 1 January 2016.

The bail-in tool set out in the directive would require shareholders and bond holders to take the first big hits. Unsecured depositors (over €100,000) would be affected last, in many cases even after the bank-financed resolution fund and the national deposit guarantee fund in the country where it is located have stepped in to help stabilise the bank.  Smaller depositors would in any case be explicitly excluded from any bail-in.

To improve a struggling bank’s recovery prospects and foster general economic stability, bail-ins would apply at least until 8% of its total assets have been lost. In most cases, this would mean shareholders and many bondholders would be wiped out. Above this threshold, the resolution authority may allow the bank to access resolution fund money up to a maximum of 5% of the bank’s assets.

A member state could lodge a request with the Commission to exempt certain creditors from bail-in on an exceptional and case by case basis.  The Commission has the right to object.  Moreover such exemptions would still mean that the bank would need to find 8% of its assets to bail-in before it could hope to tap other funds.

For each EU member state, a fund will be established which will come to the aid of banks in order to help them recover or to wind them down.  The funds would be built up through bank contributions and by 2025 should reach the level of 1% of the covered deposits of the banks in that country.

The directive acknowledges that, in exceptional circumstances, it may be necessary and indeed beneficial to bring in public money, notably in the form of bank recapitalisations.  However the scope for such interventions is tightly framed.

So-called “government stabilisation tools”, allowing public intervention, would be possible in exceptional cases, and only after 8% of the bank’s assets have been bailed-in. A public “precautionary recapitalisation” would be possibly only as a last resort.

Within 6 months of the directive’s entry into force, the European Banking Authority will moreover issue guidelines on the circumstances in which precautionary recapitalisation could be undertaken.  Finally, by 2018, the European Commission will undertake a review to see whether use of this recapitalisation tool should continue to be permitted.
The deal must now be finalised on a technical level and will then need official approval by Council and the EP’s plenary.  It will enter into foce on 1 January 2015.

Work on the second plank of legislation to wind up banks is also being undertaken in earnest.  Parliament’s Economic and Monetary Affairs Committee and the Ecofin Council are both expected to state their positions next week on the rules establishing the single resolution authority and fund. They will then start negotiations in January 2014.

Yet another scam by rich countries to steal from poor?!   A Comment by Ralph T. Niemeyer Climate Change will not be countered…