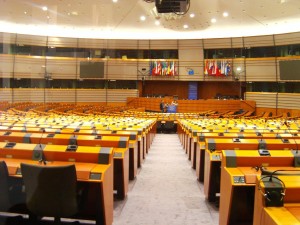 Danièle Nouy, the ECB’s nominee for the new post of EU bank supervisor, was vetted by MEPs on Wednesday at a hearing in which she was quizzed about her views on banks’ exposure to sovereign debt, the accountability of the future supervisor and the need to develop all the pillars of banking union.

The economic and monetary affairs committee will now vote to approve Ms Nouy on 5 December and a plenary vote is scheduled for mid-December. Parliament has the power to approve or reject the candidate.

In her opening remarks, Ms Nouy said Parliament had “very legitimate expectations to expect the new supervisor to be accountable and transparent. This will be very high on my agenda.” Responding to questions, she added that she had no problems about complying fully with the letter and the spirit of the ECB/EP agreement regulating accountability and that she would be prepared to attend parliamentary hearings regularly and not just occasionally, when times were bad. “Transparency is what people expect of us,” she said.

The exposure of banks to sovereign risk was raised by many MEPs, who asked Ms Nouy how she planned to address this issue. “Without being dramatic”, the time was ripe to reassess the risk weightings assigned to sovereign bonds, Ms Nouy said. She added however that this would not be her only focus, and that the supervisor should encourage banks to let go of their toxic assets to make space on their balance sheets for activities which would help the real economy more.

In reply to questions on the broader system of banking union, Ms Nouy said unequivocally that the EU supervisor would be hampered if the two other pillars of banking union (recovery and resolution mechanism and deposit guarantee system) were not set up.

On the topical issue of whether the future EU bank resolution authority should be responsible for all banks or only the larger ones, Ms Nouy said that the all-encompassing model would be the better option.

by Ralph T. Niemeyer One could be forgiven for not having heard of it since it disrupts the standard “North-Korea-Problem” narrative, but there is…