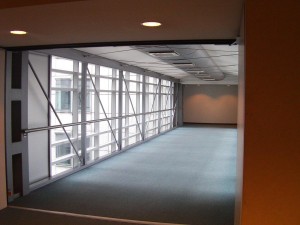 The Fund for European Aid to the Most Deprived (FEAD) in 2014-2020 will be maintained at €3.5 billion, the same figure as in 2007-2013, under an informal deal concluded by Parliament and Council negotiators on Thursday. This should ensure that the Fund is fully operational from 1 January 2014.

“The fund is aimed at helping the most deprived in all Member States.  Sadly, 40 million people across Europe cannot afford to put a basic meal on their table every second day. Four million people are homeless. The fund will seek to alleviate the immediate effects of extreme deprivation and will support the process of bringing people in from the margins of society”, said Parliament’s rapporteur for the FEAD, Emer Costello (S&D, IE).

Thanks to Parliament, the fund’s budget for 2014-2020 will be maintained at  €3.5 billion, the amount currently allocated to the European Food Aid Programme to the Most Deprived for 2007-2013. The new fund will also apply to all EU member states.

The new programme for 2014 to 2020 is intended to replace the Food Distribution Programme, which was designed to use up food surpluses produced under the Common Agricultural Policy.

The fund’s scope will be expanded to include two operational programmes designed to provide food distribution aid and basic material assistance, and also social inclusion measures for the EU’s most deprived citizens.

FEAD will also support food donations and in particular the collection, transportation and distribution of food, thus helping to reduce food waste. It will also support measures contributing to a healthy diet.

The deal takes up Parliament’s wish to set the programme’s co-financing rate (share paid by the EU – the remainder is paid by member states) at 85% of eligible expenditure (the Commission had proposed 85% as the maximum level) and to increase this rate to 95% for those countries hardest hit by the crisis.

The informal deal still has to be endorsed by member states’ permanent representatives (COREPER) and the Employment Committee as a whole before going to plenary.

In 2010, nearly a quarter of Europeans (almost 120 million) were at risk of poverty or social exclusion, approximately four million more than in the previous year.

Parliament fought hard in 2011 to prolong the food aid programme for needy EU citizens until the end of 2013 and made it clear that MEPs also wanted the programme to continue after 2014.

About Journalism in Times of War

25 years after the Berlin Wall came down, did Capitalism keep it’s promises? There is no objective journalism, but worse, there is only propaganda…