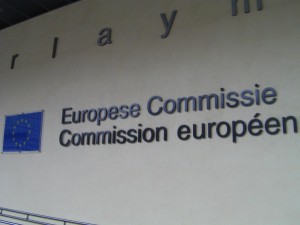 MEPs raised the possibility of suspending or even terminating the EU-US Terrorist Finance Tracking Programme (TFTP), during the discussion on Tuesday about the NSA’s alleged tapping of the SWIFT company’s international bank-transfer data at the Civil Liberties Committee’s third hearing on US and EU countries’ surveillance schemes.

Home Affairs Commissioner Cecilia Malmström told MEPs that she had not yet received satisfactory replies from the US authorities concerning the allegations. She said she had written to US Treasury Under Secretary David Cohen on 12 September to ask for clarifications, following the allegations in the press that the NSA had been tapping into personal financial data from SWIFT’s international bank-transfer database.

“I am not satisfied with the answers I got so far,” Ms Malmström told MEPs. “We need more information and clarity,” she said, adding that the Commission had requested formal consultations with the US under Article 19 of the TFTP agreement.

Sophie in’ t Veld (ALDE, NL) agreed that the answers from the US were not sufficient. “For me the [TFTP] agreement is effectively dead (…) it is null and void,” she said, adding: “Approving an international agreement is like signing a blank check. (…) The only reason I had to support it no longer exists.”

Other MEPs also raised the possibility of suspending or terminating the TFTP agreement. “Would you agree to suspend the agreement given the unclear answers from the US?” asked the committee rapporteur for the inquiry, Claude Moraes (S&D, UK). Parliament’s rapporteur for the TFTP deal, Alexander Alvaro (ALDE, DE), said that he would be in favour of suspension as a “minimum option”.

If after analysing all the information, the Commission deemed it necessary to propose a suspension, “this should be decided by qualified majority in the Council,” she said.

“We simply have no evidence of the US being in breach of the TFTP agreement, so we cannot confirm or deny any of these allegations,” the director of Europol, Rob Wainwright, told the inquiry, insisting that the EU police agency had “no direct cooperation with the NSA or the CIA”.

Asked by MEP Philipp Albrecht (Greens/EFA, DE) whether there had been any request from a member state to investigate any possible breaches of the agreement by the US, Mr Wainwright said Europol has received no such request so far and he clarified that “we have no mandate to investigate any allegations of unauthorised activities by governments”.
“We have no reason to believe that there has been an unauthorised access to our data,” said Blanche Petre, General Counsel of SWIFT, in response to questions fro m MEPs on the alleged tapping.

President Eduardo Duhalde (centre) in Pinmar in February 2003 A comment by Lucila Gallino & Ralph T. Niemeyer  Once again a Peronist will be…